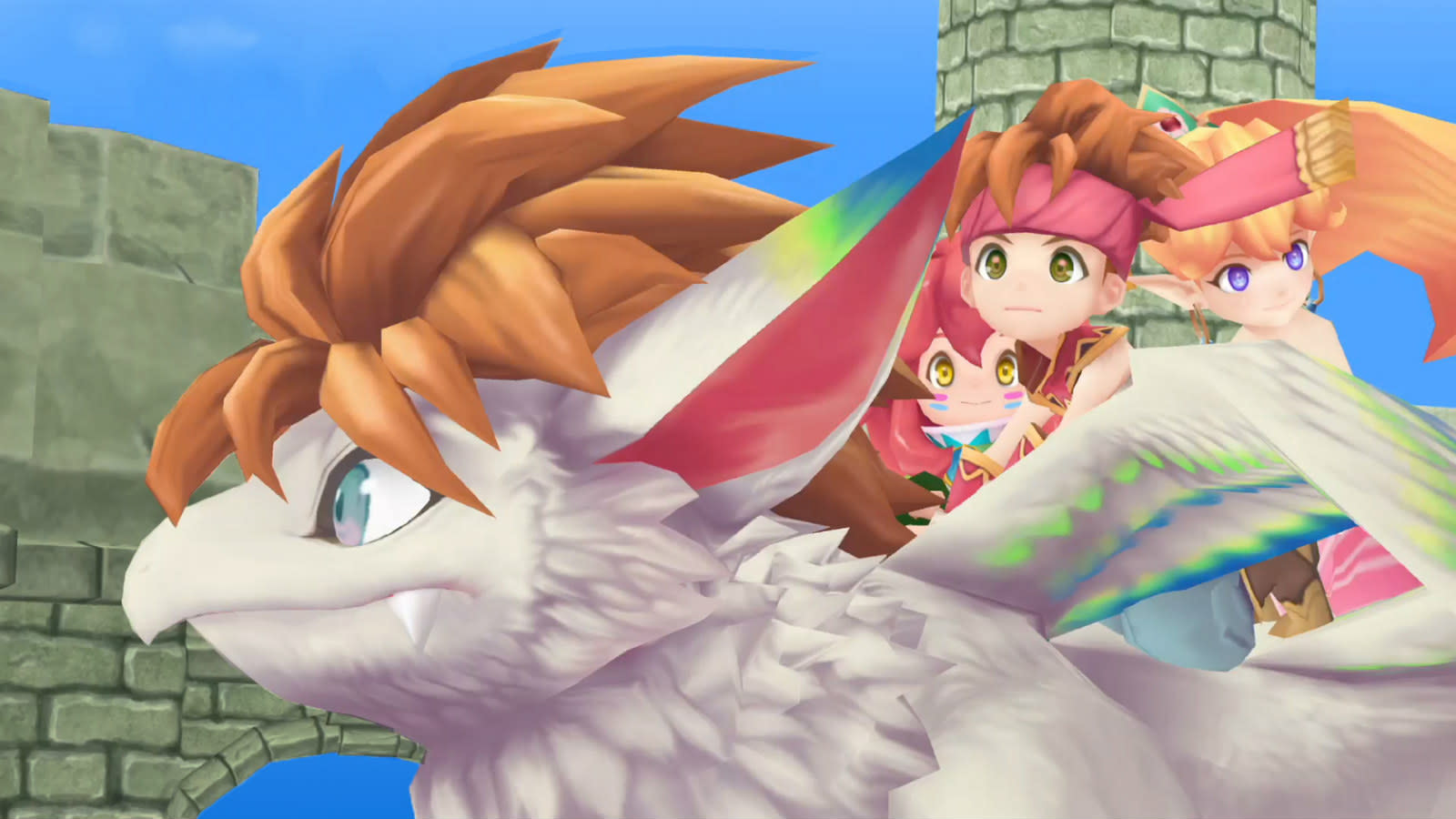 Next month, a horde of nostalgic Nintendo heads will get the chance to relive the Secret of Mana on the SNES Classic Edition. But, if you're a gamer with modern sensibilities, then its 16-bit world may not suffice. Fortunately for you, developer Square Enix is giving the iconic title the 3D treatment. An upgraded version of the JRPG is heading to the PlayStation 4, PlayStation Vita, and Steam next year.

Like the original, the revamped Secret of Mana will put you in control of Randi as he battles to reclaim the power of Mana from a villainous empire. Joining him in his quest are his two buddies, Primm and Popoi. Additional updates to the game include a new musical score and voice overs, and upgraded gameplay.

First arriving on the SNES in 1993, the Secret of Mana was the second instalment in the Mana series, which kicked off with the spinoff Final Fantasy Adventure. The franchise has since spawned numerous sequels, remakes, and ports. In 2014, it made the jump to mobile in the form of free-to-play action RPG Circle of Mana. Most recently, a 3D remake of Final Fantasy Adventure (dubbed the Adventures of Mana) arrived on iOS, Android, and PlayStation Vita in 2016.

In this article: av, gaming, JRPG, PcGaming, Playstation4, PlaystationVita, SecretofMana, snes, square enix, steam
All products recommended by Engadget are selected by our editorial team, independent of our parent company. Some of our stories include affiliate links. If you buy something through one of these links, we may earn an affiliate commission.