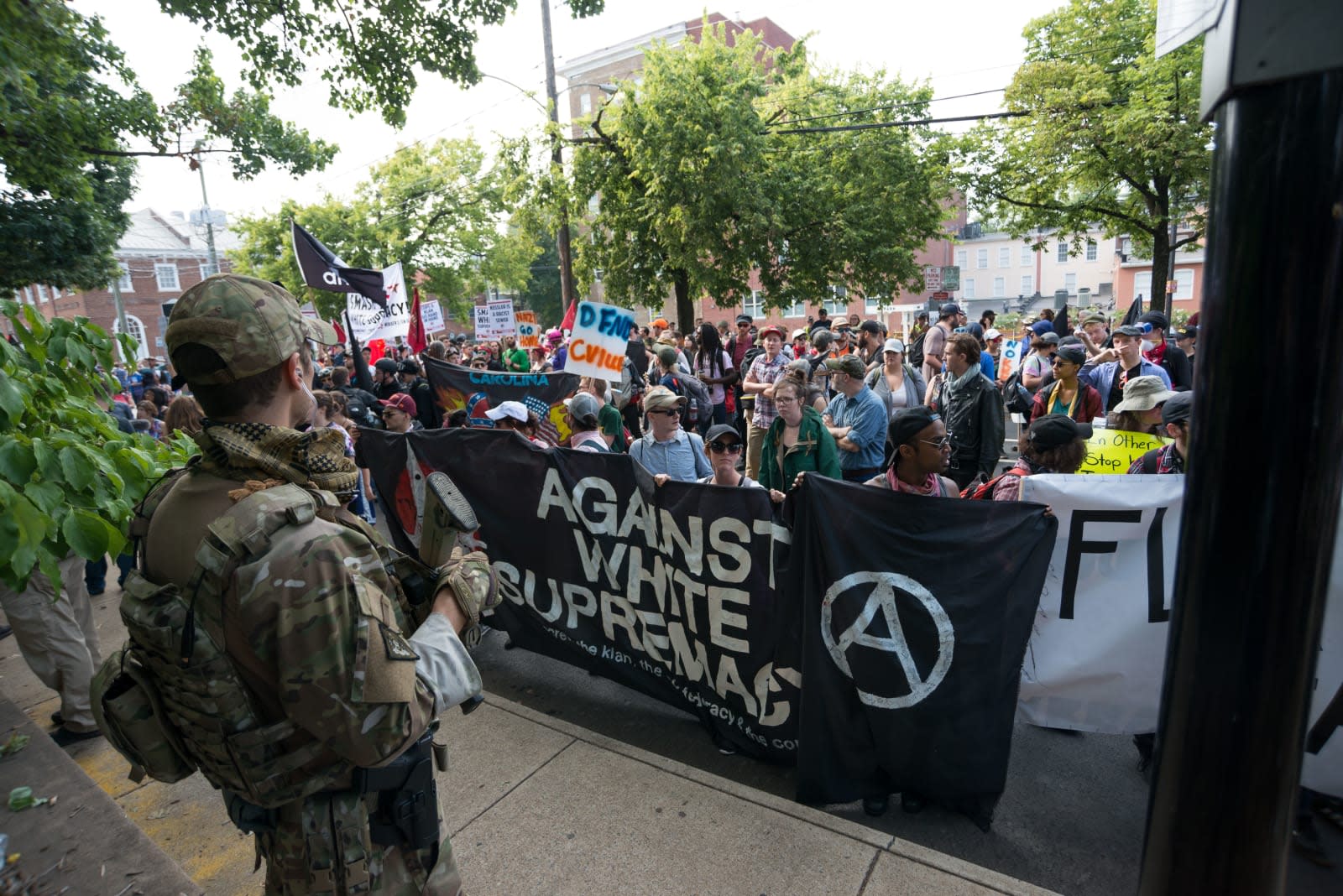 Discord was quick to shut down neo-Nazi servers and accounts in the wake of racist violence in Charlottesville, but that doesn't mean those conversations are gone forever. In fact, they may be instrumental to making criminal cases and lawsuits stick. The media collective Unicorn Riot has obtained leaked Discord chat screenshots (about 1,000 of them) and audio suggesting that many of the white supremacists were gearing up for a fight even as their organizers were supposedly calling for non-violence. In the days after the Charlottesville march, they also made light of the car attack that murdered Heather Heyer and injured many others.

In a conversation with Wired, far-right extremist and organizer Eli Mosley validated the accuracy of the Discord materials but insisted that he'd taken sincere steps to discourage violence, including banning 80 people from the Charlottesville server. However, that defense might not stand up in court: the American Civil Liberties Union says the chats show that the white supremacists were itching for an excuse to respond with violence. And of course, it's not clear that the organizers were sincere in their attempts to discourage bloodshed.

There's no guarantee that Unicorn Riot's findings will clinch verdicts, although a lawyer representing women injured by marchers says that the Discord data could be the "crux of the case." If it does, it could be a milestone in a number of ways: it'd be a rare instance of leaked chat transcripts leading to civil penalties or even a criminal conviction. It may also influence how local governments tackle protests. They may not have grounds to ban hate protests just based on ideology, but they may use chats like these to show that some groups plan to start trouble. At the least, the leak could easily drive groups away from Discord, Slack and any other online chat system where it's easy for a mole to share incriminating evidence.

In this article: alt-right, charlottesville, chat, discord, gear, groupchat, internet, lawsuit, neo-nazi, privacy, racism, WhiteSupremacy
All products recommended by Engadget are selected by our editorial team, independent of our parent company. Some of our stories include affiliate links. If you buy something through one of these links, we may earn an affiliate commission.