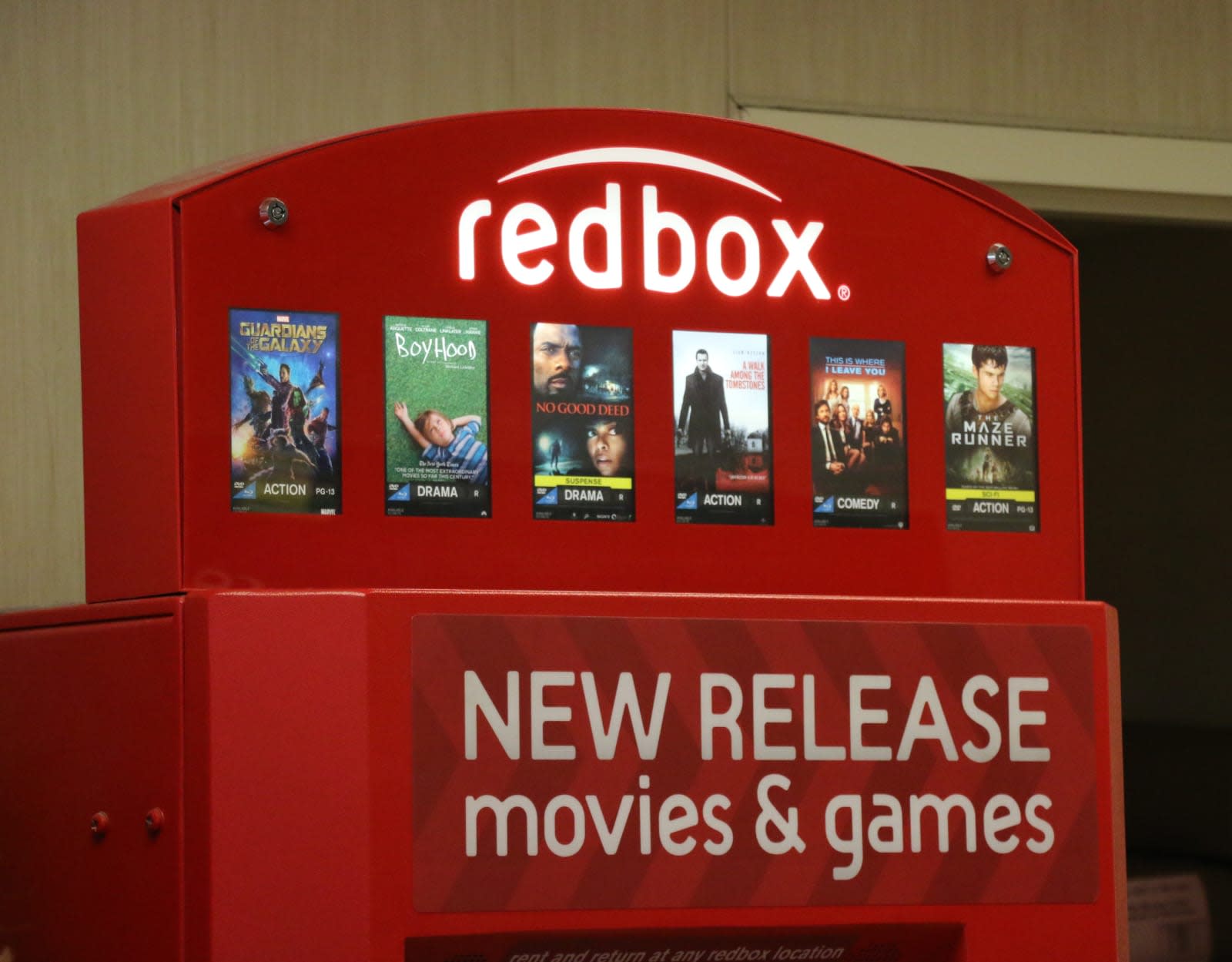 This year Redbox is trying to make a resurgence, adding kiosks after a few years of shrinking availability. Of course, if it's going to draw people in for disc rentals over streaming, it will need to provide the movies they're looking for and renewed studio licensing deals will help make that happen. This week it renewed an agreement with Sony Pictures that secured its movies, once again, for rental at Redbox the same day they go on sale, while Lionsgate made a similar arrangement a couple of weeks ago. As Home Media Magazine notes, recent renewals with Warner and Fox bring their movies to the box a week after they go on sale, leaving Universal as the lone holdout still insisting on a 28-day window.

The simple fact is that physical media isn't bringing in as much money as it used to, and studios are more flexible about methods that will keep people using discs instead of Netflix. Of course, Redbox still trails the availability of streaming video-on-demand in many cases, but it's also much cheaper, at just $2 or so for a Blu-ray copy.

In this article: av, business, entertainment, kiosk, Lionsgate, movie, Redbox, rental, sony, SonyPictures, universal, window
All products recommended by Engadget are selected by our editorial team, independent of our parent company. Some of our stories include affiliate links. If you buy something through one of these links, we may earn an affiliate commission.