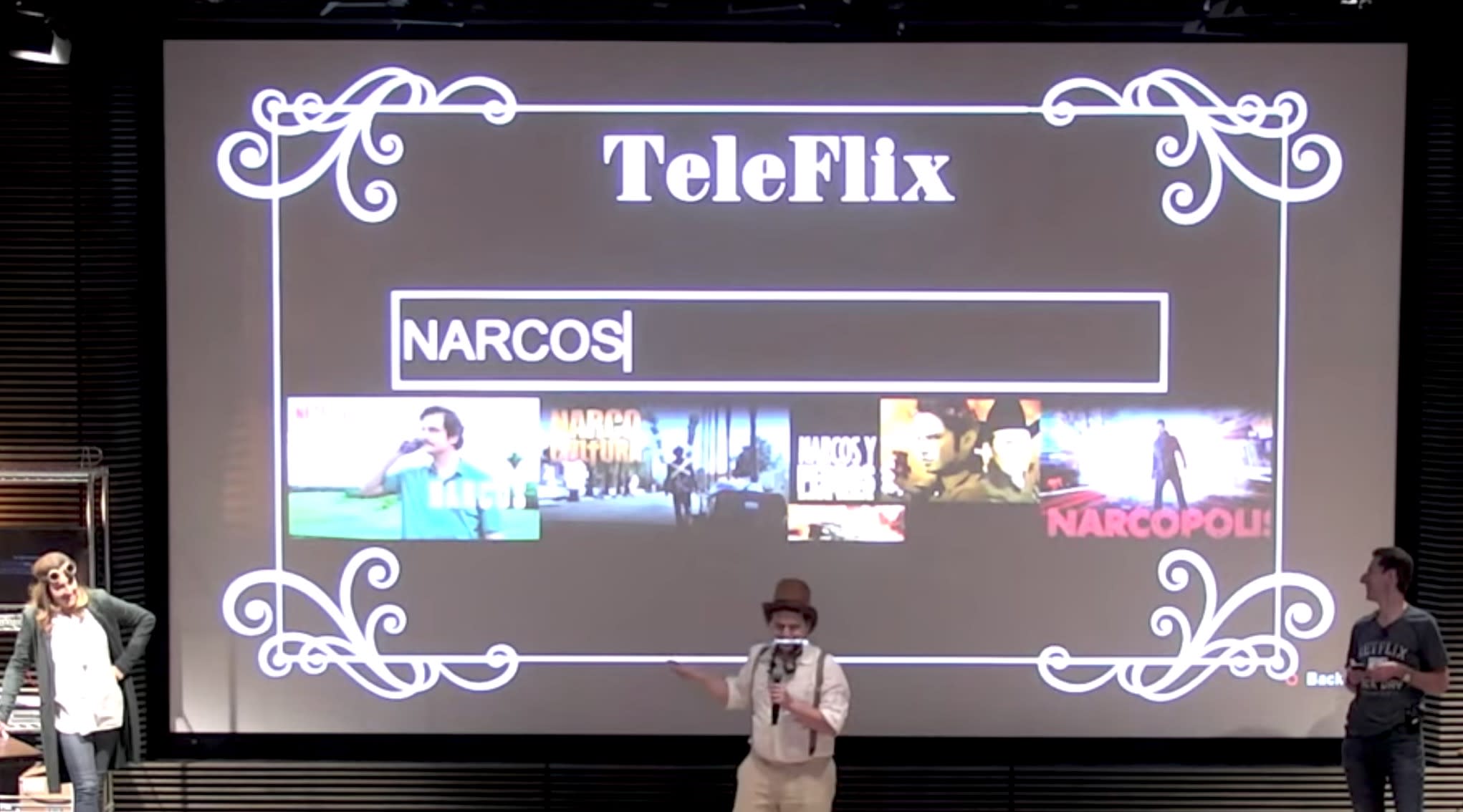 Netflix's annual Hack Day event saw a host of funky projects this year, including a Redbox-style Netflix vending machine, a spooky new interface that makes eyes and heads of characters in thumbnails follow your cursor, an interface to track your binge watches and an audiobook mode that plays Audio Descriptions from movies so you can listen to your Netflix queue instead of watch it. The most interesting project, though, is called TeleFlix, which uses a Raspberry Pi and an old telegraph key to search Netflix with Morse code.

The TeleFlix project was created by Netflix employees Guy Cirino, Alex Wolfe, and Carenina Motion and Christiane Petite. When searching for a new hack to top previous Hack Day retro projects, Cirino was inspired by a chat with his father, who pointed out that telecommunications technology goes way back. He found a vintage AT&T brass telegraph key on eBay, convinced his partners to join and created the system. It works by sending the Morse code tapped out on the telegraph key to a Raspberry Pi, which then interprets the letters to fill out a Netflix search field. It's slow, but impressive. Cirino has a full write-up of the hack and its production on his own blog.

Netflix has been running Hack Day for years now, with fun projects created by its internal developers. These ideas aren't necessarily for the production version of the video streaming service, but are intriguing nonetheless, like bump-based video sharing, a virtual reality movie queue, a virtual video rental store, a "mind control" interface and even an NES version of the company's popular House of Cards (also created by Cirino's team).

In this article: gear, hackday, internet, morsecode, netflix, projects, teleflix, video
All products recommended by Engadget are selected by our editorial team, independent of our parent company. Some of our stories include affiliate links. If you buy something through one of these links, we may earn an affiliate commission.