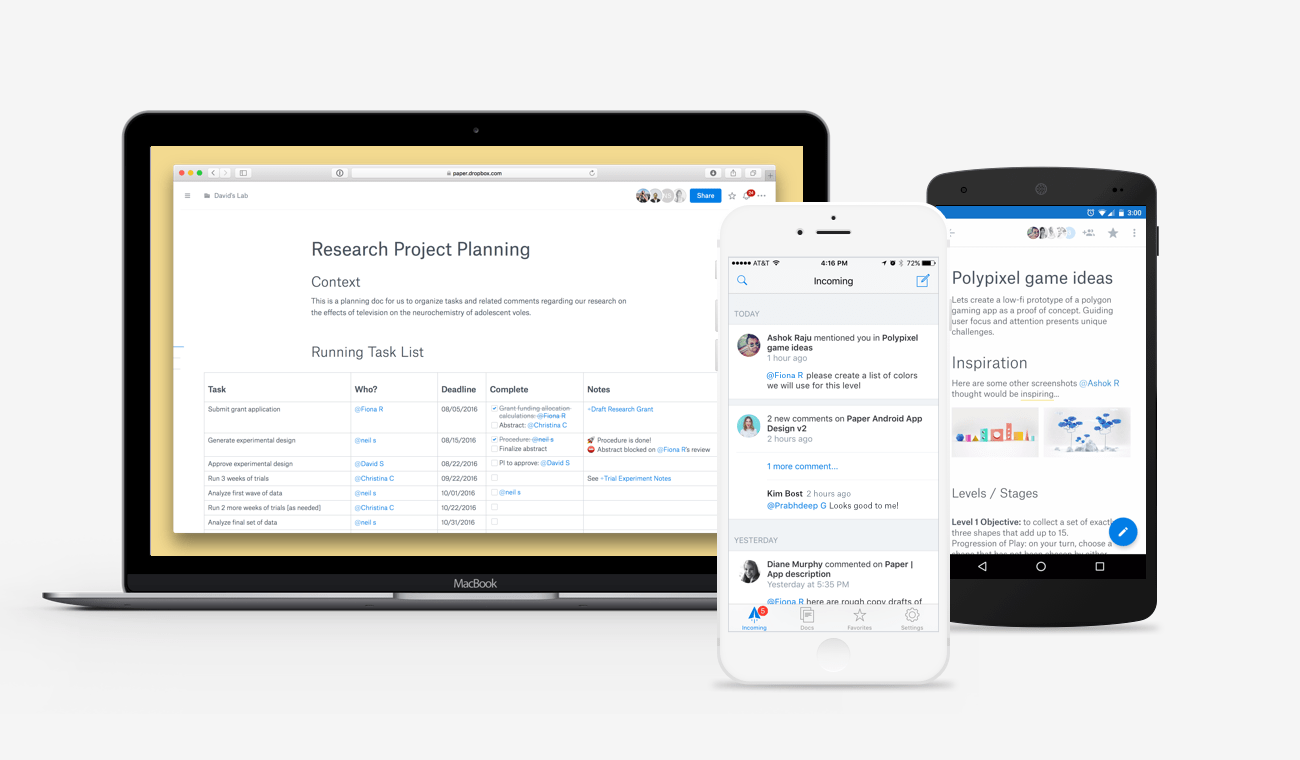 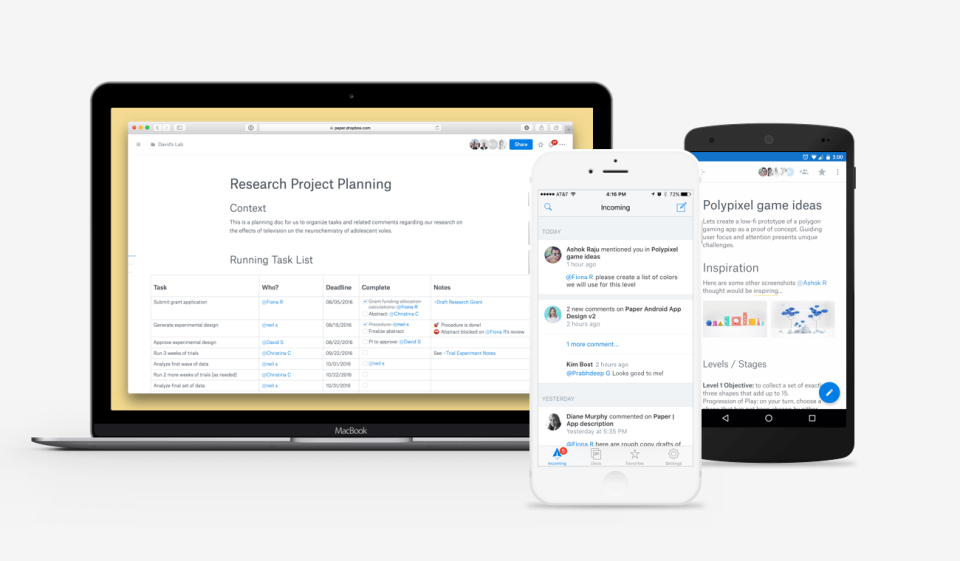 Dropbox Paper originally seemed like a Google Docs clone built for the big businesses that have been an increasingly large focus for the cloud sync-and-share company. But two years since its initial introduction, Paper's ability to embed and display a huge variety of content (including images, Google spreadsheets, data from Github YouTube videos, Spotify playlists and plain old code) has helped it carve out niches in a variety of businesses.

Dropbox says that designers in particular have found Paper to be useful for their workflow, so today it's adding new features that'll help the service work even better for them. Chief among those is new embed support for the services InVision, Figma and Sketch. "We're not trying to replace specialized tools when people are creating designs," says Kavitha Radhakrishnan, Paper's lead product manager. "But we've gotten a lot of requests for a way to embed design boards and prototypes and so on." Obviously, adding support for these apps isn't going to matter to everyone using Paper, but it will help it solidify the base of designers who have found it to be a useful collaboration tool.

Other new features will appeal more to the entire Paper userbase. Paper has always let you link to other Paper documents, and now you'll get a rich preview of those links when you hover over them with your mouse. Basically, they're big and detailed enough for you to get a good sense of what's in the document before you click through -- it's a way to keep people from jumping back and forth trying to find the right file they want to work on. Radhakrishnan says that a lot of organizations will make one Paper doc that's a "master" repository that links out to many other files; this preview feature should make those kinds of scenarios easier to manage. There's also improved archive and delete features. The former is meant for organizations that need to save files indefinitely; having an archive means they can keep things without months-old files cluttering up the file system.

Another file system improvement comes to iOS and Android users -- you can now create folders and move files around from Paper's mobile apps. Previously, the app would show the file structure as it exists when on the desktop web app but you couldn't make any changes. It's a simple thing, but Radhakrishnan said it was a "number one ask" the company has heard from its users, many of whom are using iOS and Android "not only as a companion but as a first-class app."

The last feature Dropbox is announcing today won't directly affect end users at first, but it has the potential to make Paper a lot more useful down the line. "Create and upload" functionality is being added to the Paper API -- which means that developers can build in the option to start new Paper documents right in their apps. Presumably, once this is implemented, you'll be able to sign in with your Dropbox account, create a doc, embed that app's files right into it, and then sync that doc back to your Dropbox. It sounds not dissimilar to how Dropbox started letting users create Microsoft Office documents right in its app a few years ago. It'll take a while before we see if developers embrace this possibility, but more integration into the apps that teams are already using could help Paper become more useful.

Dropbox's record with products outside of its core "sync and share" mission haven't fared well in the past. The purchase and subsequent demolition of excellent mail app Mailbox and the way it launched and then forgot about photo app Carousel are hard to ignore. But two years on, it seems like Paper should be able to avoid such a fate, precisely because it's a better fit to the company's main mission. Dropbox has increasingly focused on enabling collaboration between teams and businesses, and Paper seems to have enough unique features going for it to make it a success. At the very least, updates like the ones rolling out today should make users feel confident that Dropbox isn't going to kill off Paper any time soon.

In this article: business, collaboration, Dropbox, dropboxpaper, gear, internet, notes, notetaking, paper, services
All products recommended by Engadget are selected by our editorial team, independent of our parent company. Some of our stories include affiliate links. If you buy something through one of these links, we may earn an affiliate commission.