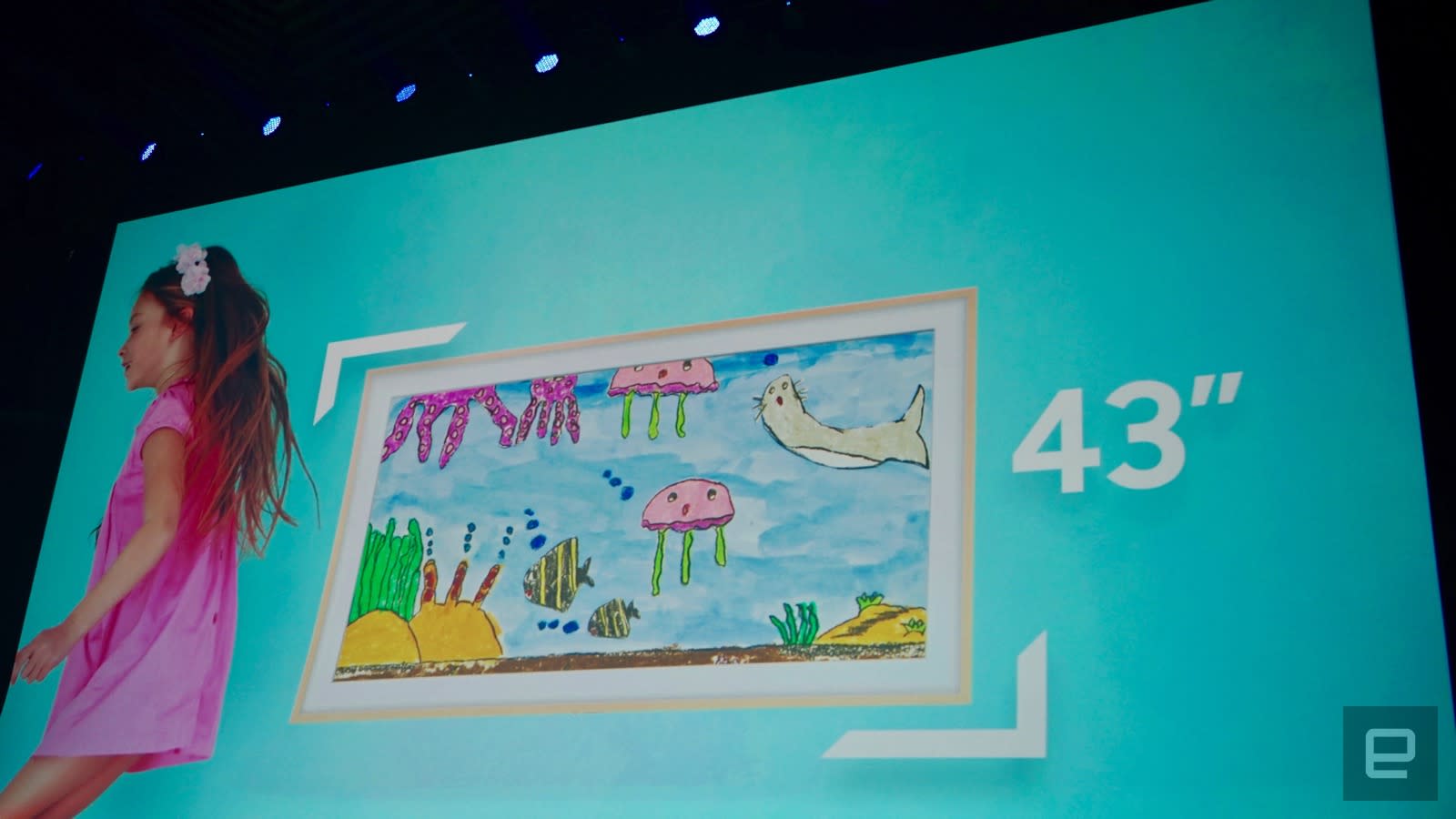 Samsung has announced that its art-inspired Frame TV, which launched this past June, will soon come in a 43-inch version. The new model could be a good alternative for people who may not be able to fit one of the existing 55- or 65-inch Frame TVs on their wall, or for those who simply think the others are too large for their taste. As part of today's reveal, Samsung also said that it has partnered with Spain's Museo del Prado, aka the Prado museum, on an experience that will let Frame TV owners display about 1,000 of its pieces. There's no word on pricing or availability yet, but you can expect the 43-inch version to cost around $1,500 since the 55 and 65 are $2,000 and $2,800, respectively.

In this article: 4k, 4ktv, art, av, entertainment, frametv, gear, home, ifa, ifa2017, pradomuseum, samsung, smarttv, theframe, theframetv, tv, uhd, uhdtv, yvesbehar
All products recommended by Engadget are selected by our editorial team, independent of our parent company. Some of our stories include affiliate links. If you buy something through one of these links, we may earn an affiliate commission.