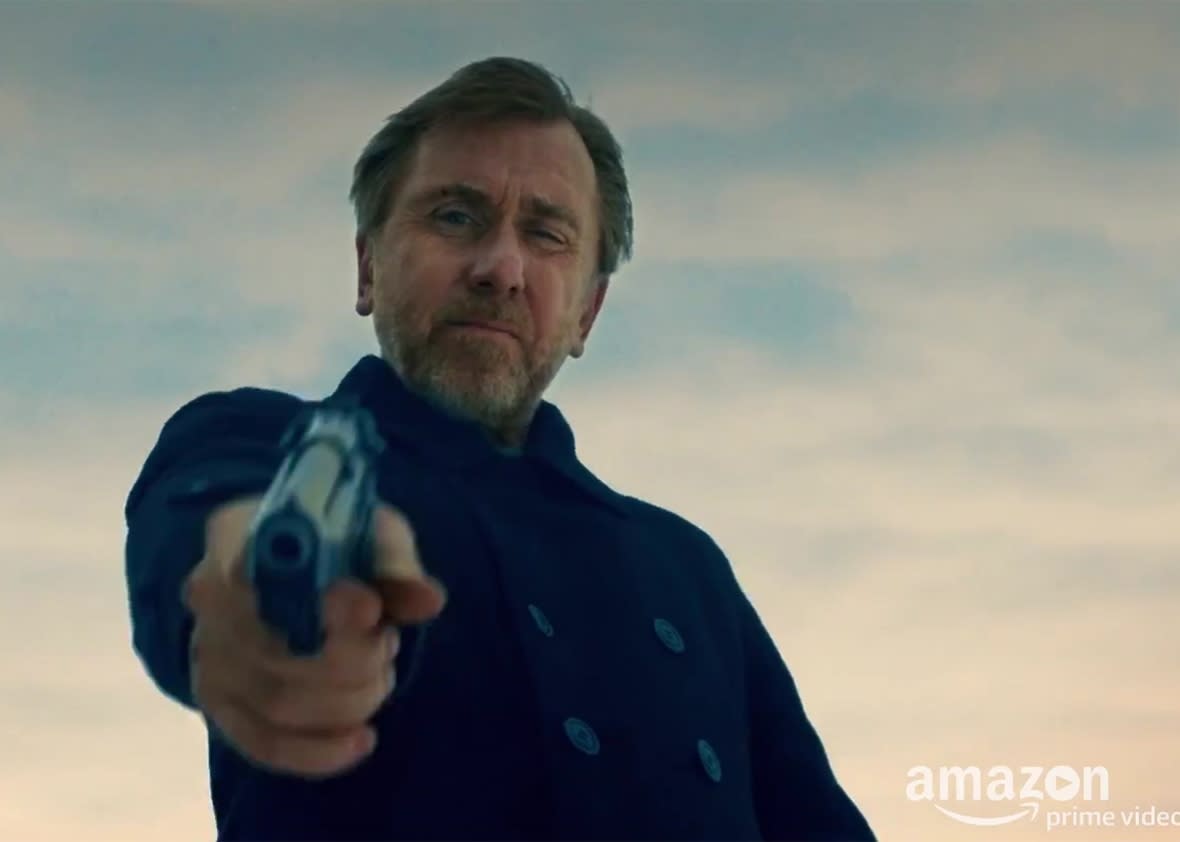 Tin Star, a new drama coming to Amazon Prime Video, just got a premiere date and a trailer. The show stars Tim Roth who plays ex-British detective Jim Worth who recently moved his family to a small Canadian town called Little Big Bear. But a big oil refinery moves into town shortly thereafter, bringing with it lots of problems including organized crime, and the company's corporate liaison -- played by Christina Hendricks -- seems to be the strong, unwavering front of an even stronger, unsavory corporation. However, Wright is no saint himself and after a family tragedy, his violent, alcoholic alter-ego Jack is awakened.

The show is written by 28 Weeks Later writer Rowan Joffé and features Genevieve O'Reilly of Rogue One and Episodes, Christopher Heyerdahl of True Blood and Kevin Hanchard of Orphan Black. The show premieres September 29th on Amazon and you can check out the trailer below.

In this article: amazon, AmazonPrimeVideo, av, drama, entertainment, TinStar, video
All products recommended by Engadget are selected by our editorial team, independent of our parent company. Some of our stories include affiliate links. If you buy something through one of these links, we may earn an affiliate commission.