When the BlackBerry KEYone was officially unveiled at Mobile World Congress this year, we were excited for its marriage of modern Android software with an old-school keyboard. It appears lots of other people were eager for the phone, too. TCL, the company that bought the BlackBerry brand, says the KEYone "exceeded our expectations," and that it is "very happy now to expand" the line. The black edition of the phone, which has already launched in India, is coming to the rest of the world, starting with the UK, Germany, France, Canada, Japan and the Middle East. It's called the Black Edition and will cost €649 (£549 or about $700) when it arrives in mid-September. Yep, that's more expensive than the original KEYone ($549).

You're paying extra mostly for that fresh coat of paint, which looked surprisingly classy when we saw it at a demo here at IFA in Berlin. The buttons, frame and ring around the camera lens on the Black Edition are -- you guessed it -- black instead of the silver on the original. The new look is understated yet still attractive, like a little black dress to the original's eye-catching silver outfit. The money also buys you a slight spec bump -- you'll get 4GB of RAM and 64GB of storage on the Black Edition, up from 3GB and 32GB respectively on the original.

Despite the slightly more powerful internals, BlackBerry says there will be no noticeable difference in the KEYone's estimated 26-plus-hours battery life. In fact, everything else about the two phones will be the same, down to the keyboard shortcuts and Android 7.1.2 software. 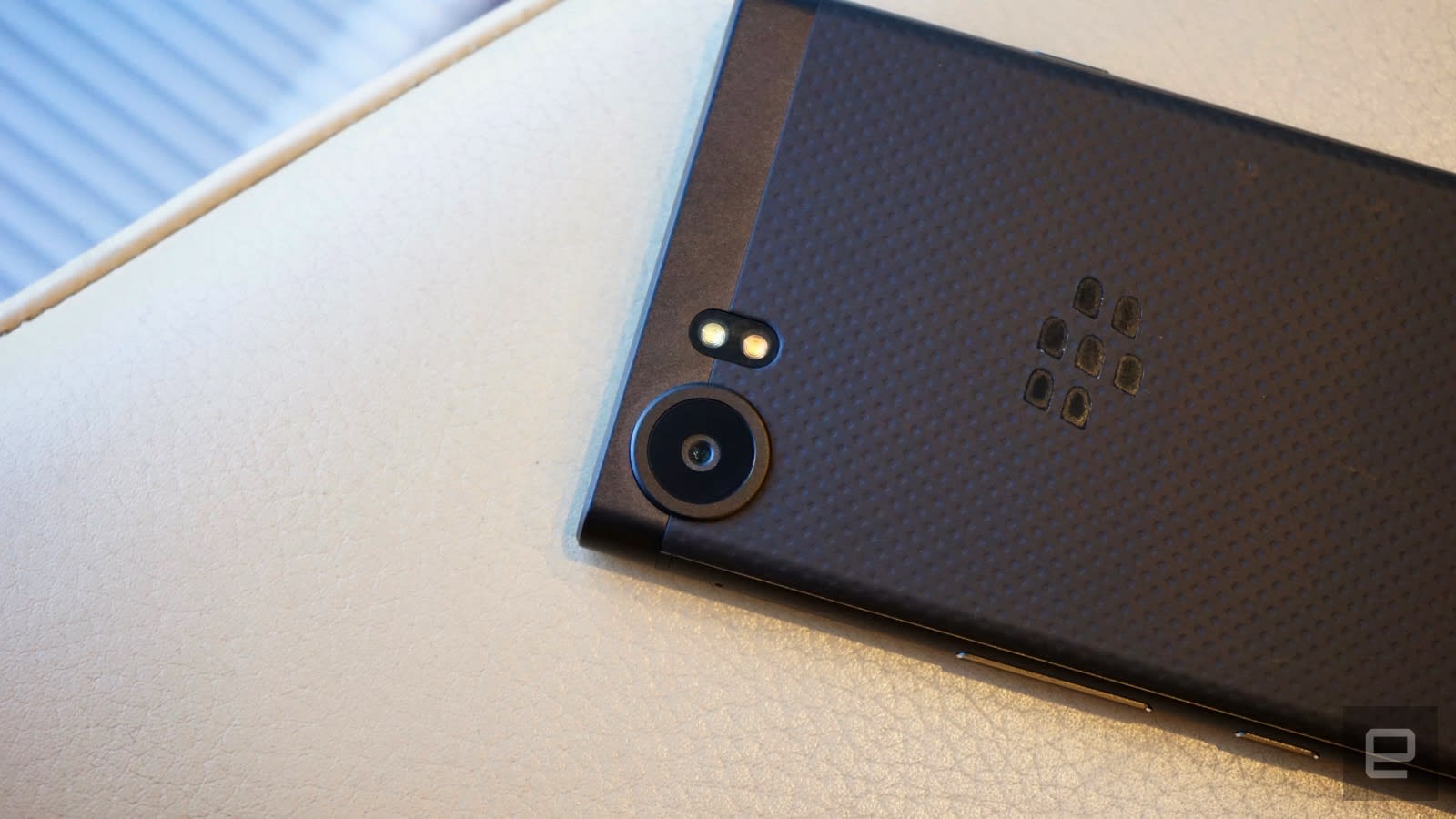 To be clear, TCL wasn't really planning to make the Black Edition a successor or replacement for the original. The new color option was meant to be just that -- another option. It's for the people who the company said have clamored for a black version. "We wouldn't have done a black edition worldwide if the demand from consumers wasn't that strong," said Francois Mahieu, TCL's global head of sales.

All products recommended by Engadget are selected by our editorial team, independent of our parent company. Some of our stories include affiliate links. If you buy something through one of these links, we may earn an affiliate commission. All prices are correct at the time of publishing.
BlackBerry KEYone Black Edition first look: More of the same
blackberry
blackberrykeyone
blackberrykeyoneblackedition
gadgetry
gadgets
gear
ifa2017
mobile
smartphone
tcl