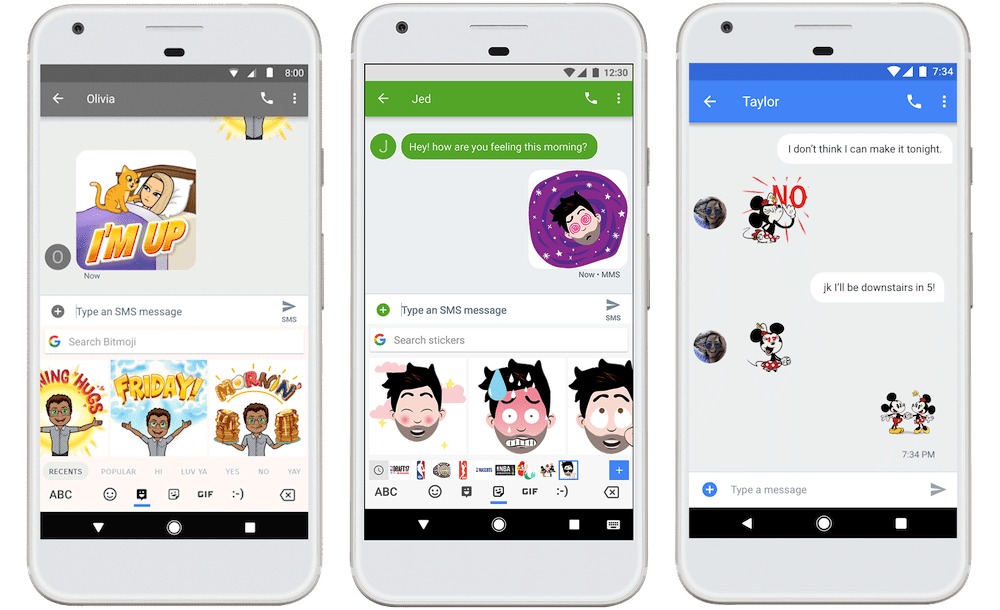 Google announced today that the latest Gboard for Android update comes with support for downloadable stickers and Bitmoji that can be used in any app that supports image pasting. Once you have the latest version of Gboard, Android users will then be able to get the Bitmoji app or download sticker packs from the Play Store. To get to the new features after you've downloaded them, just hit the emoji button on Gboard and then the sticker or Bimoji button.

Some sticker packs available include NBAmoji, Google Allo selfie stickers, Hello Kitty, Garfield and others. Many of them are free but Mickey Mouse, Toy Story and Star Wars packs will cost you $2. More stickers are scheduled to be released in the coming weeks.

Stickers and Bitmoji have been a part of plenty of other apps for some time. Facebook Messenger, iMessage and Snapchat all offer them as do a number of others, like Tumblr and even Amazon.

Gboard for iOS doesn't yet support them, but Google says the new features are rolling out to Android users over the next couple of days.

In this article: amazon, android, apple, bitmoji, emoji, facebook, FacebookMessenger, gboard, gear, google, imessage, ios, mobile, snapchat, Stickers, tumblr
All products recommended by Engadget are selected by our editorial team, independent of our parent company. Some of our stories include affiliate links. If you buy something through one of these links, we may earn an affiliate commission.