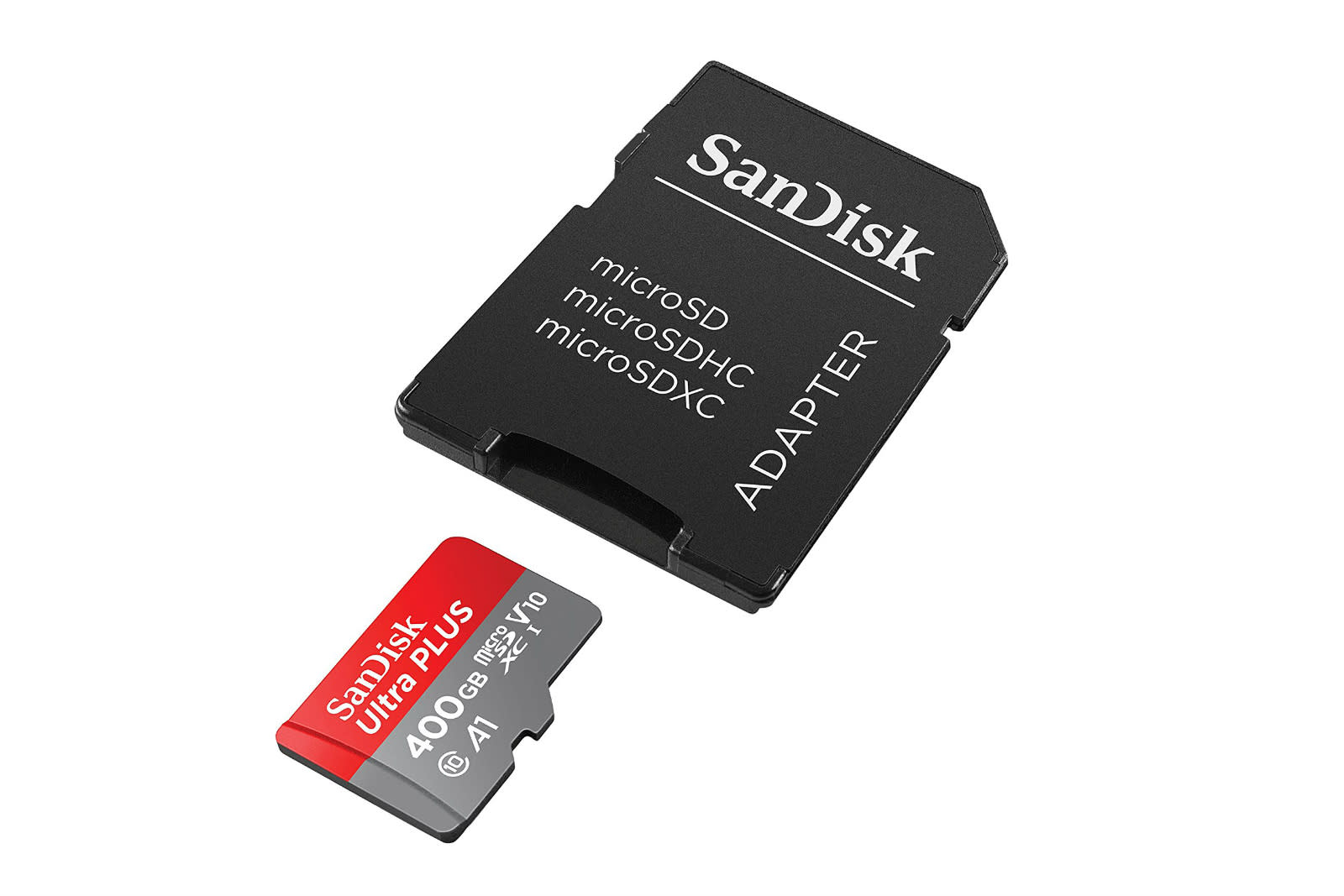 SanDisk just unveiled a 400GB microSD card, which it claims is the world's biggest. Really, it was only a matter of time until something of this stature arrived. Especially, now that we're capturing every aspect of our daily lives in glorious 4K, in 360-degrees, and from drones way up high. All those high-res images are taking up a lot of space on our devices. Therefore, storage providers had to step it up, which brings us to this miniature marvel.

The 400GB SanDisk Ultra microSDXC UHS-I card (yes, it's a mouthful) comes two years after the release of its 200GB predecessor. The company claims it can rack up transfer speeds of 100MB, meaning you can expect to move up to 1,200 photos per minute. It also meets the A1 App Performance Class specification, allowing it to load apps faster. Ultimately, it can hold up to 40 hours of full HD video. That all sounds enticing, but it comes at a hefty price: The microSD card will set you back $250.

For that money, you get 144GB more storage than any other microSD card out there. There were rumblings of a 512GB microSD card hitting the market this year (courtesy of Microdia), but we've not heard anything recently. Plus, that half-a-terabyte of storage was going to set you back $1,000 -- which makes SanDisk's card look cheap in comparison.

All you iPhone owners feeling left out right now, SanDisk has your back. Well, kinda. The company's also dropping a new local storage dock for Apple's handset. Just plug your iPhone into the SanDisk iXpand Base to backup your files, with up to 256GB of storage (for $200). Additional versions include 32GB, 64GB, and 128GB storage, with prices starting from $50.

In this article: gadgetry, gadgets, gear, iphone, microsd, MicrosdCard, sandisk, WesternDigital
All products recommended by Engadget are selected by our editorial team, independent of our parent company. Some of our stories include affiliate links. If you buy something through one of these links, we may earn an affiliate commission.