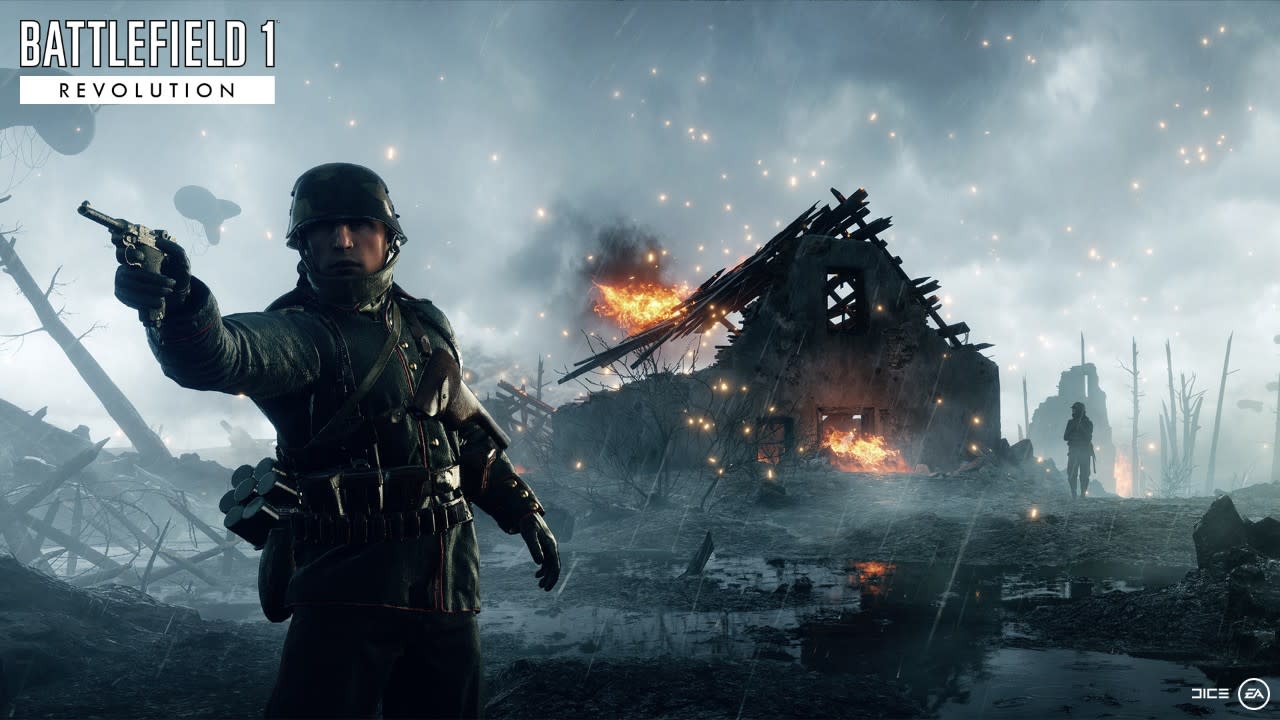 At Gamescom last week, EA showed off a timeline of future expansions headed to Battlefield 1, including the next to come, In The Name of the Tsar. The game's second DLC just got a global release date on September 19th, but players who bought the Premium Pass can load it up two weeks early on September 5th. Even if you don't care about the extra content, tech heads might want to buy it for another added feature: HDR10 support.

EA and DICE introduced In The Name Of The Tsar back in February when it unveiled Battlefield 1's DLC roadmap, but an April teaser revealed that the expansion would be sending players to the Eastern Front. Like the first DLC They Shall Not Pass, which introduced French-themed multiplayer maps with that country's forces, In The Name of the Tsar's six new maps all involve Russian armies fighting against Germans, Austro-Hungarians and even each other as Bolsheviks and Imperials grapple for control of the nation. Players get eleven new weapons, three new vehicles and a new mode: Supply Drop. Get ready for war in the cold, soldiers.

In this article: av, battlefield, battlefield1, dlc, expansion, gaming, multiplayer
All products recommended by Engadget are selected by our editorial team, independent of our parent company. Some of our stories include affiliate links. If you buy something through one of these links, we may earn an affiliate commission.