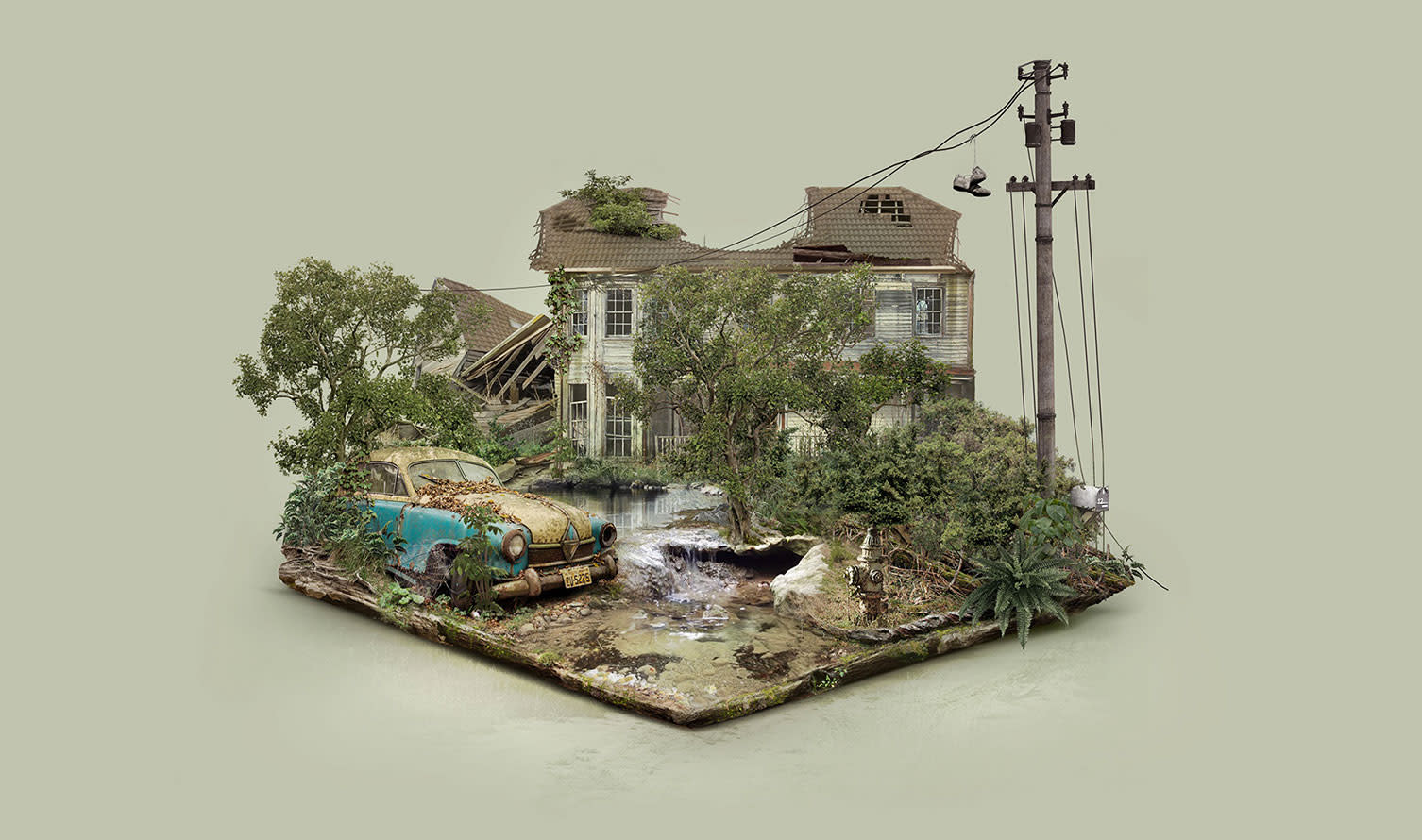 "Art is never finished, only abandoned," Leonardo Da Vinci supposedly said, which is maybe why abandonment itself is a popular theme among artists. Abu Dhabi-based Brazilian artist and designer Fábio Araujo has highlighted that loneliness by putting his compact, incredibly detailed "Abandoned Places" creations adrift in a flat, digital sea. Though they resemble movie miniatures, Araujo created the pieces by digital manipulation using an Apple MacBook, Photoshop and Wacom Cintiq tablet.

"I'm a designer but fascinated by abandoned buildings and places; these places always have some history behind old walls," Araujo told Arch Daily. "I like the colors of rust and nature taking care of the place. There is a mystery in abandoned places that attracts me." The set includes three pieces: An abandoned house and car, deserted amusement park and an overgrown industrial plant

In an earlier interview, Araujo described his technique on "Aquarium," a previous creation. "I used a blue texture for the background image, a real image of an aquarium, and incorporated aquatic photos of boats, divers and an island. Using Dodge and Burn, I created shadows and markings on the glass partitions and drew over the aquarium to finalize the piece and make it real."

For "Abandoned Places," Araujo even created a video (below) with water flowing through the yard of the abandoned house, a deer eating grass in the factory and an operating "Tickets" sign for the theme park. Each piece is accompanied by sounds like crickets, water and wind.

Despite the theme of his latest piece, Araujo doesn't exactly subscribe to Da Vinci's artistic process. "I learned that my greatest difficulty was the anxiety I had wanting to be finished with the art," he said. "Over time, I learned that the longer I spent on a project and the more details I put into it, the better the outcome."