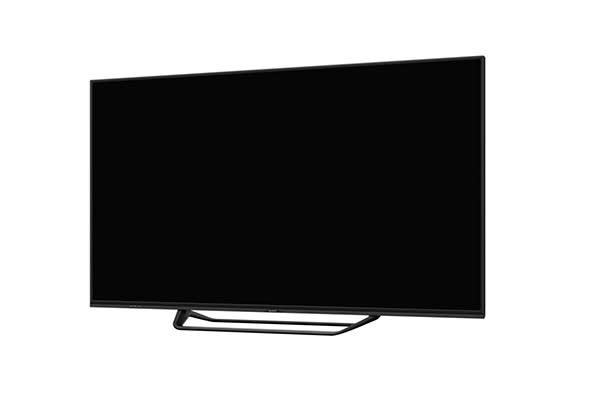 While other electronics companies are just getting to consumer 4K screens, Sharp is once again focusing on the next resolution milestone. Today, Sharp announced its 8K AQUOS televisions will be coming to Japan and China in December, with releases in Taiwan and Europe planned for early 2018.

Sharp has been pushing near-8K screens (7,680 x 4,320) since 2015, though its first models later that year boasting true 8K had a consumer-unfriendly $130,000 price tag. But the issue wasn't accuracy -- it was lack of content recorded at such a high resolution to actually enjoy on the fancy screens. Watching 4K content isn't much different whether you're watching on a 4K or an 8K screen.

Ergo, Sharp's announcement blitz today also introduced a company initiative called "8K Ecosystem" dedicated to refining the process and tech of shooting, editing, storing and broadcasting content in 8K. Sharp's new TVs won't make much of a splash if there isn't material that only their screens can show off, and there's very little 8K content in the wild.

It's the same chicken-egg problem that 4K faced at first, though some pressure from outside the industry could nudge 8K along. Japan's telecommunications ministry is pushing for production and broadcasting of 8K technology by next year to ensure systems are ready for the 2020 Tokyo Olympics, according to The Japan Times.

Sharp will start selling its 8K AQUOS TVs in China and Japan later this year. Then it will release AQUOS models as 8K monitors for release in Taiwan in February 2018 and Europe in March -- but no official plans for a US release. Sharp hasn't listed a price for these screens, but a source told the Nikkei Asian Review that they may start at 1 million yen (or about $9,000).

In this article: 8k, 8ktv, av, gadgetry, gadgets, gear, sharp, SharpAquos, SHV, SuperHi-vision, TV
All products recommended by Engadget are selected by our editorial team, independent of our parent company. Some of our stories include affiliate links. If you buy something through one of these links, we may earn an affiliate commission.