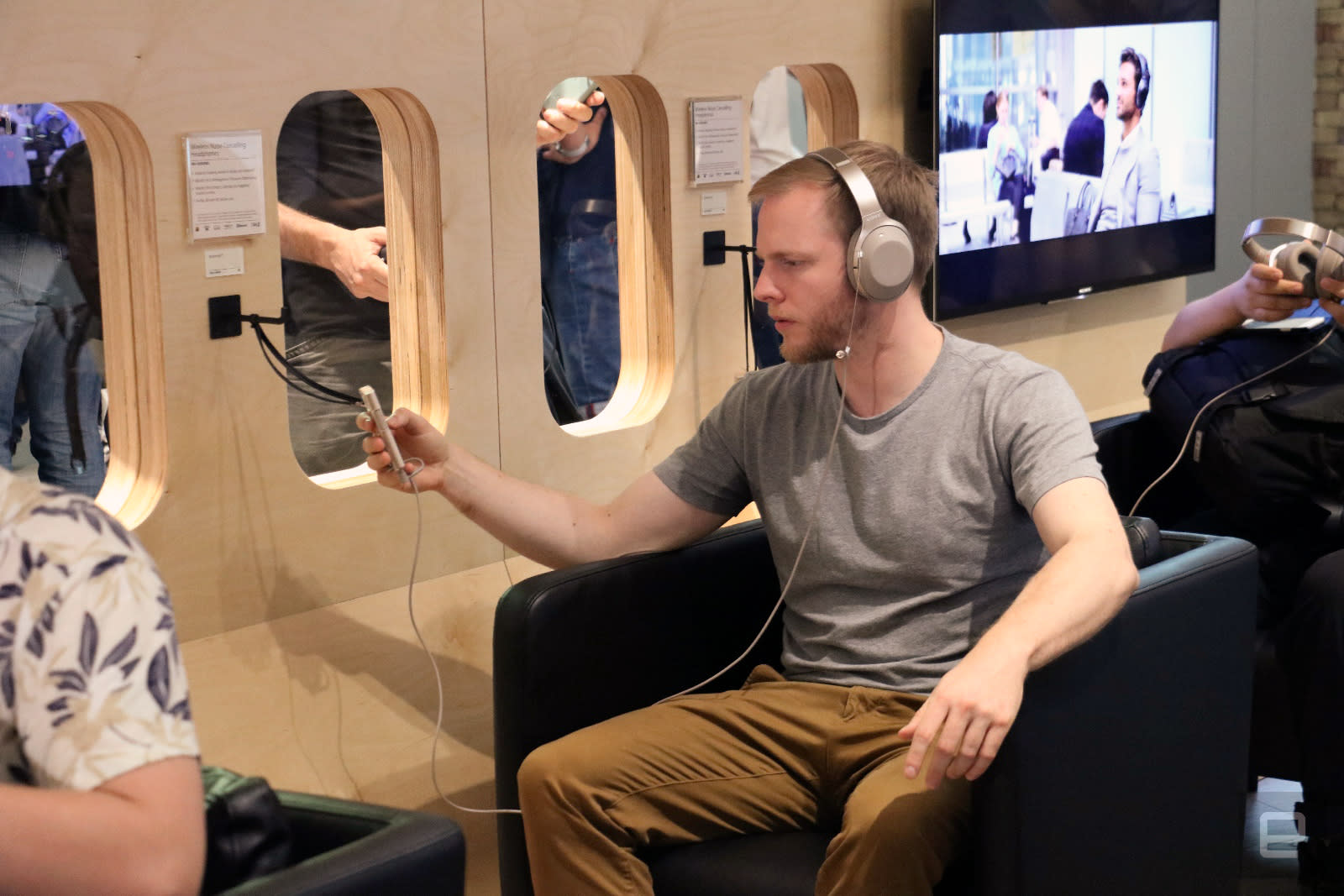 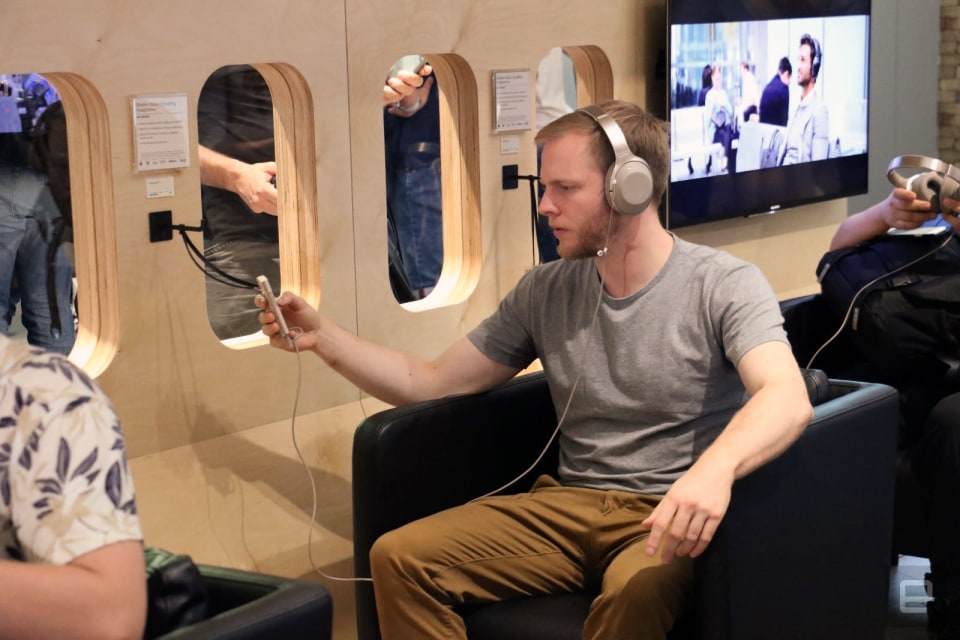 Sony makes an awful lot of headphones. Ranging from the cheap-but-passable to premium and pro-level items, it's been in the personal audio game for a long time. This year, it's following up on its award-winning wireless noise-cancelling MDR-1000X cans with the WH-1000XM2, adding more features and augmenting its already-capable noise cancellation skills. Naturally, at a show like IFA, that might not be enough to hold the attentions of Engadget's official audio dilettante (me), so Sony made a faux plane fuselage, equipped with some lounge chairs, Sony's top hi-def audio players and those new cans. It also threw in some fake plane background noise for testing purposes. Welcome aboard. So my coworkers are right: These wireless headphones are pretty damn wonderful. Sony's upgraded cans are still really comfortable, and -- as the company often does -- comes in a handful of classy shades beyond black, white, grey and slightly shinier grey. But the real selling point here is the combination of decent sound quality and noise cancellation. Sony got it right last time around, and this year's model makes do with adding further improvements.

Aside from the addition of 10 more audio playback hours (on top of the 20 hours the last set managed), with Sony's Headphones Connect App on phones, the WH-1000XM2 can also offer atmospheric pressure optimization -- ideal for planes, if not fake plywood ones. There's also both surround and sound position control. The latter is a pretty cool addition to play around with, but does require music through your smartphone, and your full attention to adjust to your liking. For a lot of phones, or people listening to low-quality music, you're unlikely to get the full benefit of Sony's pricier headphone ranges. Fortunate, then, that Sony had Walkmans with Hi-Res audio on hand. Sound was predictably rich, but it's the ambient sound mode that's worth shouting about.

Not that you'd have to. Sony's engineered a special mode (which launches with a button press on the side of the headphones) that allows the listener to maintain a degree of noise-cancellation bliss, while still letting speech and voices pass through. The feature has been around for a while now, but it sounds like Sony has greatly improved how it cuts out noise (or amplifies speech), I could listen to the headphone briefing (or my colleague's orders about how to pose for these awkward photos), without taking the cans off. Granted you will probably have to turn the volume of your music down a little to ensure you catch every word, but it certainly avoids the hassle of taking the headphones off.

Despite all the improvements, Sony is notably offering the upgraded set for less than last year's MDR-1000X. The cans will be priced at $350 when they land in September.

In this article: 1000XM2, airplane, av, fakeplane, gear, headphones, ifa, ifa2017, NoiseCancelling, plane, sony, WH1000XM2
All products recommended by Engadget are selected by our editorial team, independent of our parent company. Some of our stories include affiliate links. If you buy something through one of these links, we may earn an affiliate commission.