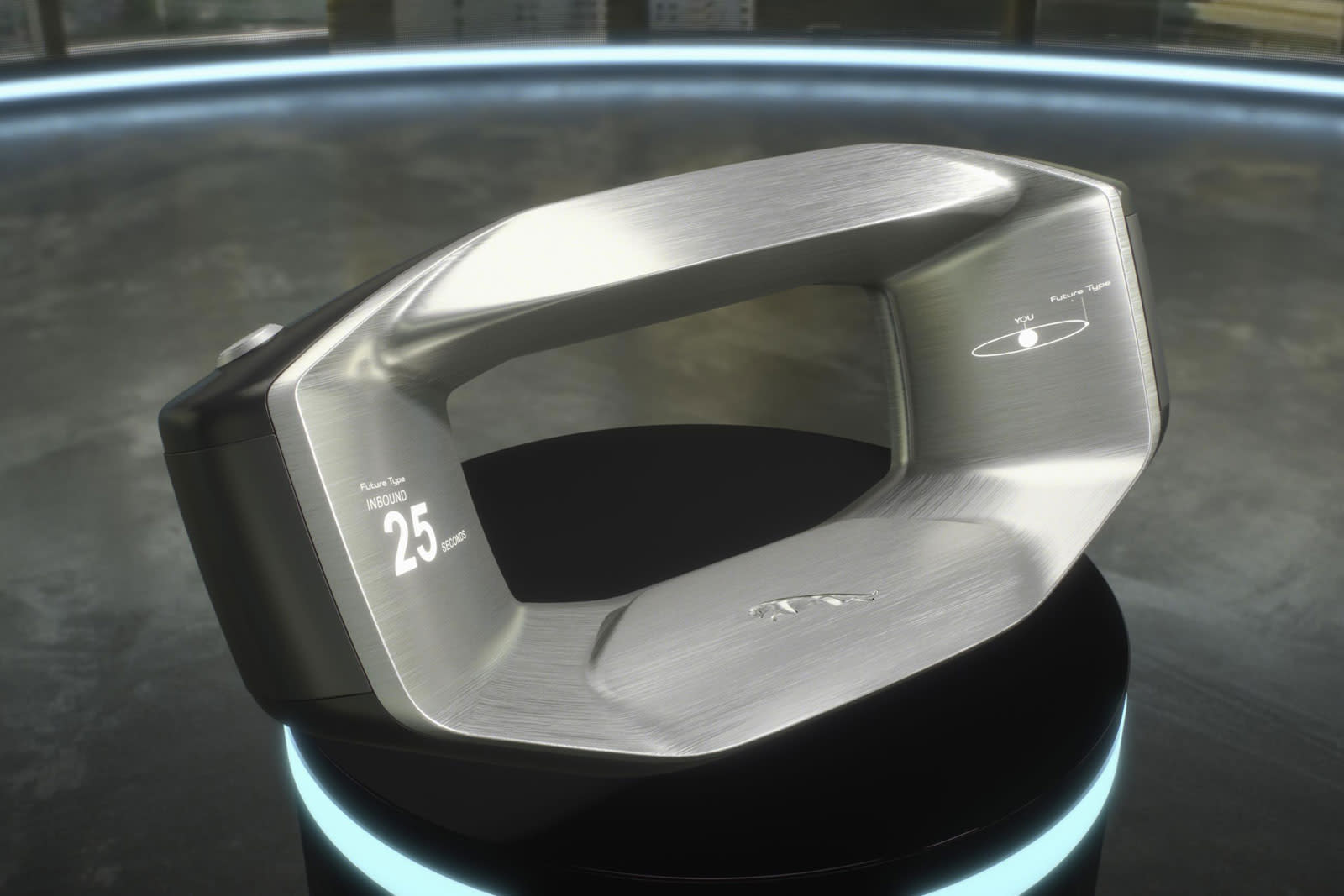 The steering wheel as we know it doesn't have a bright future -- in fact, it might disappear altogether as self-driving cars hit the road. Jaguar Land Rover, however, has an idea as to how it might survive. The British automaker has unveiled a concept steering wheel, Sayer, that's designed for an era where cars normally drive themselves and personal ownership is a thing of the past. The wheel would have its own AI system, and would follow you from car to car -- you'd just hook it in to bring your experience with you.

The AI would largely serve as a concierge. It would link you to an on-demand service club, whether or not you own your car, and would help you get a ride when and where you need it. If there's a must-attend meeting, for example, you could tell the wheel while it's still in your living room and it would figure out when a car needs to arrive and tell you when you might want to take control.

Sayer (named after influential designer Malcolm Sayer) will be a core feature on an upcoming concept car, the Future-Type.

Will something like this wheel ever reach production? Probably not. Jaguar Land Rover is making a few assumptions about self-driving cars, such as the likelihood that you'll have a steering wheel and the need to integrate AI into a dedicated device. Your phone and a cloud service might be all you need. Instead, we'd treat this as a thought exercise. It might never come to pass, but it could give engineers something to consider when they design the first wave of autonomous vehicles.