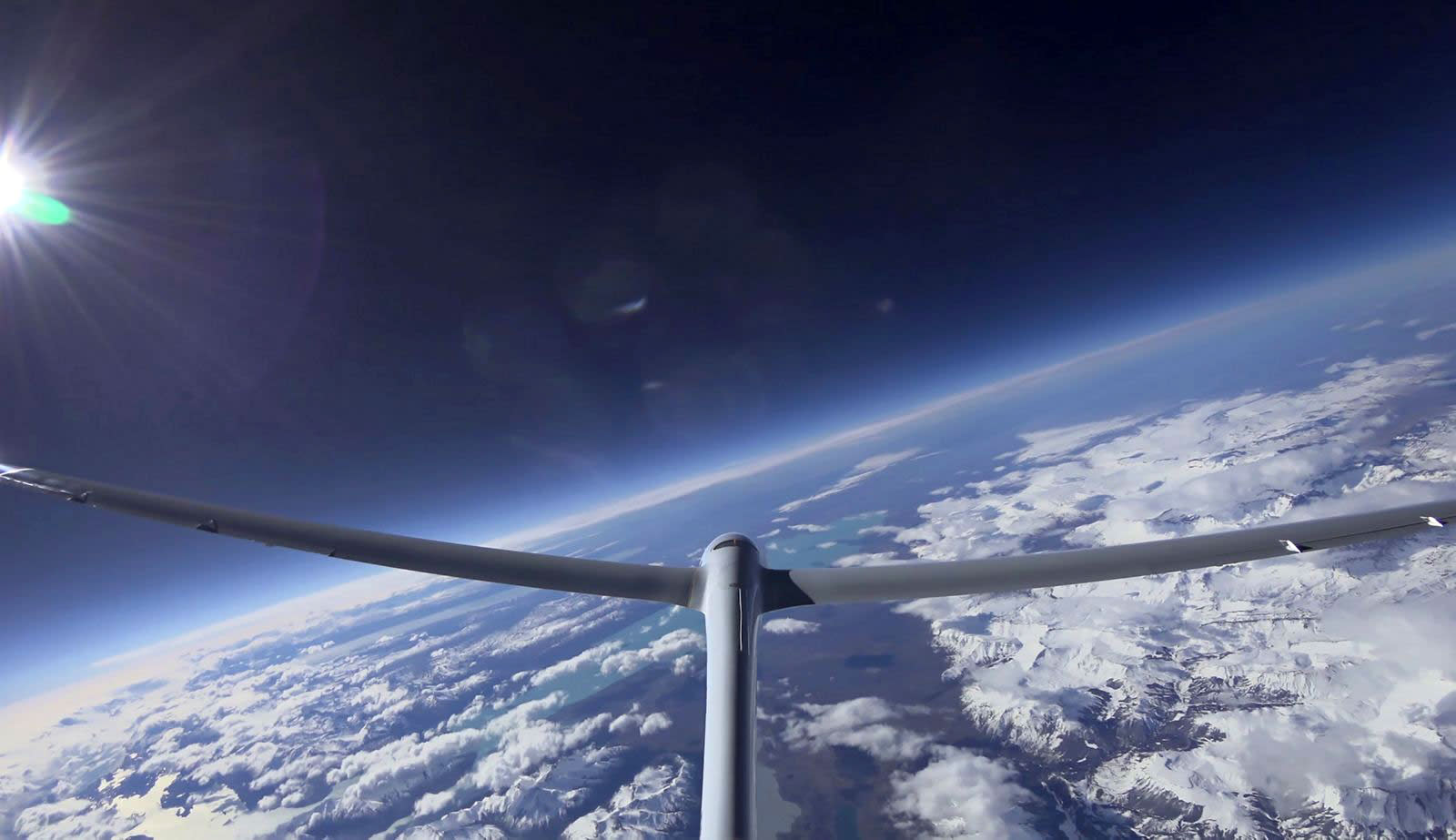 Gliders may be inherently limited by their nature (they're dependent on rising air currents), but that isn't stopping them from achieving feats normally reserved for their powered counterparts. The Perlan Project and Airbus have set a new record for engineless flight with Perlan 2, which flew to a lofty 52,172 feet -- well above the 50,727 feet the previous record holder (appropriately, Perlan 1) reached in 2006. The trick was to fly in the right place at the right time.

The team took advantage of the area in El Calafate, located in Argentina's portion of the Andes Mountains. Soar over that area when a polar vortex takes place and you'll encounter stratospheric mountain waves, or air currents that rise so high they reach the stratosphere. These only happen in a couple of places on Earth and only a few times a year, so this isn't something you can expect on a regular basis.

As you might guess, the Perlan Project isn't going to call it a day. It's hoping to modify the glider to fly even higher, and its ultimate goal is to fly a winged aircraft at 90,000 feet whether or not there's an engine involved. And this isn't just for bragging rights, either. Since gliders don't have engines, they're ideal testbeds for studies on climate change, radiation exposure and other fields where you want relatively pristine conditions.