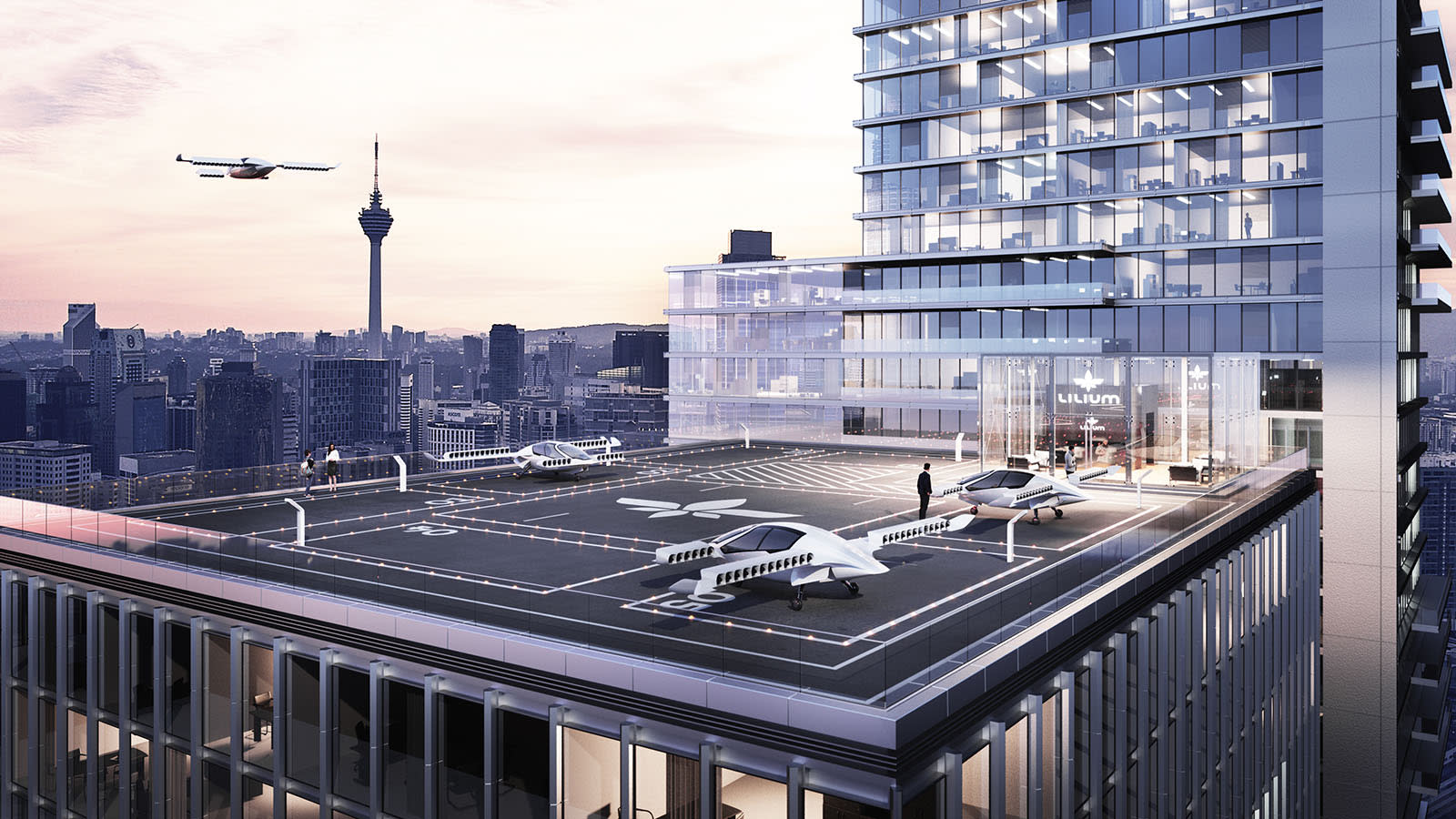 Like a few other startups, Lilium wants to make our flying car dreams come true with an electric VTOL craft you can summon with an app. Thanks to $90 million worth of new investment from China's Tencent and others, the startup may now have a leg up on its rivals. It will use the funds to drastically expand hiring in order to take the electric jet into the next stages of development.

Lilium differs from Ehang's passenger drone and other like concepts. Rather than using multi-rotors to both lift and propel it, the craft uses flaps with electric "jets" that rotate from a vertical to horizontal position. By tilting them into a vertical position, it can take off like a helicopter, than rotate them horizontally to transition into conventional flight, permitting greaters speeds and efficiency. That's similar to how Boeing's V-22 Osprey and NASA's smaller-scale "Greased Lightning" VTOL craft work.

Lilium is backed by the European Space Agency (ESA) and has actually flown tests with a full-sized, two-seat prototype, albeit with nobody in it (below). It recently hired engineers and employees from Gett (an Uber and Lyft ride-sharing rival), Airbus and Tesla. The company plans to build a five-seat "air taxi" that could ferry passengers 186 miles at around 186 mph. It has ambitiously planned its first manned tests by 2019, and passenger flights by 2025.

It's going to be tough for the the company to get aircraft approved in the US, however. FAA certification is notoriously difficult, for one thing, especially for an all-new type of aircraft -- and right now, it doesn't even allow electric planes to take passengers.

There are also no Cessna-type electric airplanes with anything close to a 185-mile range, 185 mph speed and five-passenger payload. And VTOL requires more energy than a regular airplane for takeoff and landing.

Elon Musk -- who has designed his own electric plane, of course -- said the necessary battery density threshold is about 400 Wh/kg, compared to around 250-300 Wh/kg available in current Tesla models. Nevertheless, Lilium tells Engadget that its parameters (range, etc.) "are based on today's existing technology," said CCO Remo Gerber.

He adds that "thanks to the Lilium Jet's unique ability to transition from hover flight to forward flight, much longer distances and higher speeds become possible. This is thanks to the different aerodynamics when using wing borne flight." Again, however, this is not based on anything that's on the market right now -- the only commercial battery-powered airplanes are light, two-passenger models, that can go about 100 miles, tops.

However, Ilium seems confident it can overcome those problems via its efficient "electric jet" engines, lack of a tail and other technological innovations. If it can pull it off, it would be a grand feat, and the smog-free craft could definitely revolutionize urban transport. Hopefully it's painting a realistic picture for investors, because 2025 is just eight years away, barely an eyeblink in the world of aircraft development.

Update: The post originally said that Lilium's VTOL aircraft will need future battery tech, but the company tells Engadget that its performance data "based on today's existing technology." Company CCO Remo Gerber added that "thanks to the Lilium Jet's unique ability to transition from hover flight to forward flight, much longer distances and higher speeds become possible. This is thanks to the different aerodynamics when using wing borne flight." The article has been updated with that information, and to point out that no current electric aircraft has close to the range, performance and payload the Ilium claims.