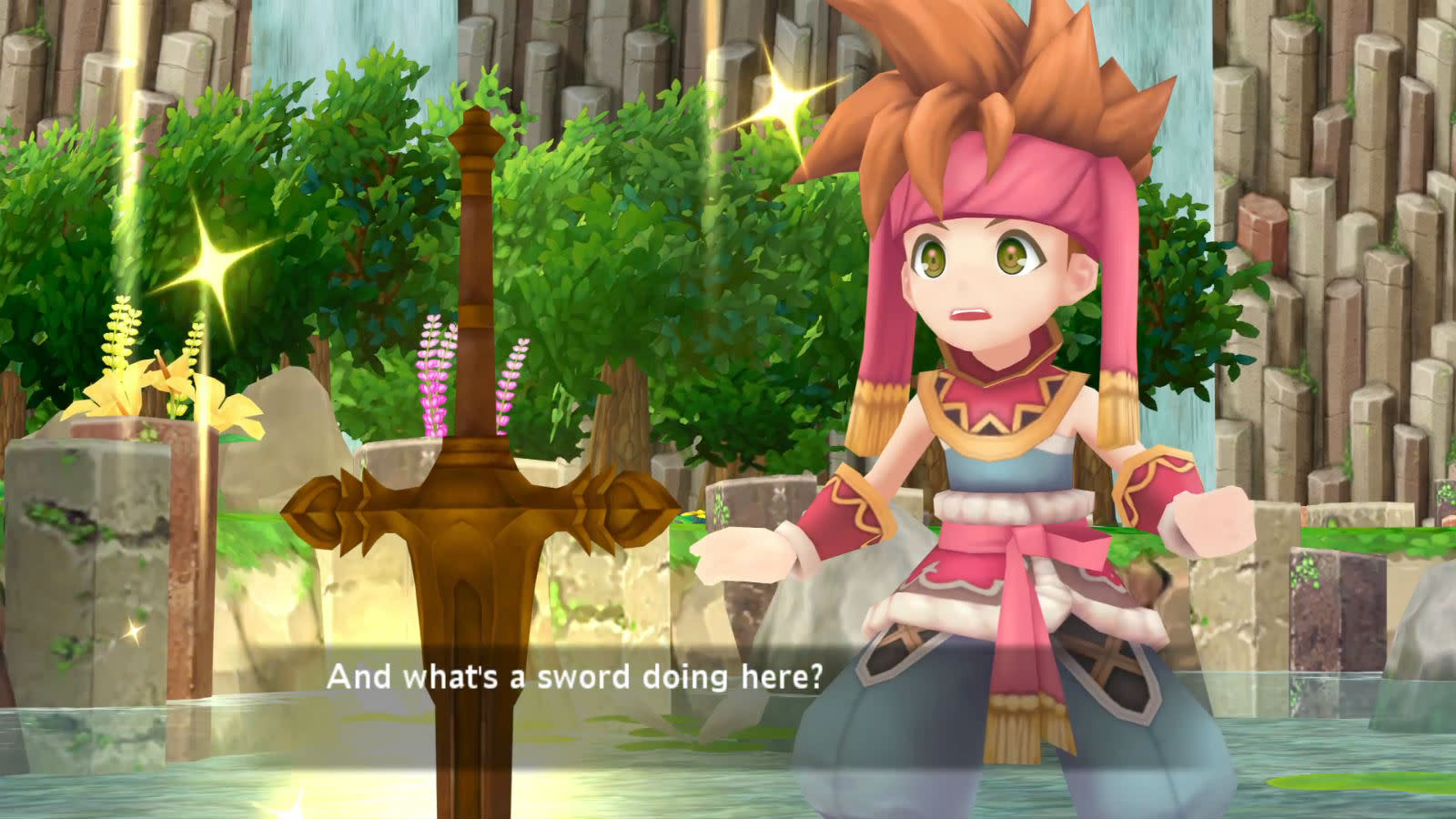 Less than two weeks since it was announced, Square Enix is offering the first look at gameplay from the Secret of Mana remake. The clip is from the demo unveiled as part of the developer's Pax West showcase, which was captured in a Twitch livestream. It boasts almost ten minutes of in-game footage from the highly anticipated remaster of the classic RPG.

As you can see from the vid, the game is as close to a remake as we're going to get -- with 3D visuals to boot. It retains the characters (only with actual voices), enemies (rabites), objects (treasure chests are back), and items (candy and chocolate bars) that fans fondly remember from the original.

The clip starts from the game's opening sequence, and follows protagonist Randi as he slashes his way through those bouncing rabites, concluding with the first boss fight against Mantis Ant. All the while you can hear that iconic original score (with some slight modifications) in the background. And, there's even a cool mini map - - which as some keen observers have already pointed out -- is a replica of the original 2D game.

Although the announcement trailer gave us a good look at the characters and style of the game, it also left us with a bunch of questions. Thankfully, the livestream cleared some of those up. Firstly, the game will include a local co-op mode for up to three players (who will assume the roles of Randi, Primm, and Popoi). Aside from the outfits DLC that's available with pre-orders, more updates are also planned for the future. And, arguably the most exciting tidbit: It seems Square Enix may even be considering a remake of the Secret of Mana follow-up Seiken Densetsu 3. The third in the Mana series was only released in Japan (although an english translation is available as a ROM), so the thought of it making it to these shores is good news indeed.

Before then, you'll be able to get your hands on the Secret of Mana 3D remake for Playstation 4, PS Vita, and PC on 15 February 2018.

In this article: av, gaming, Playstation4, PlaystationVita, rpg, SecretofMana, SquareEnix, steam
All products recommended by Engadget are selected by our editorial team, independent of our parent company. Some of our stories include affiliate links. If you buy something through one of these links, we may earn an affiliate commission.