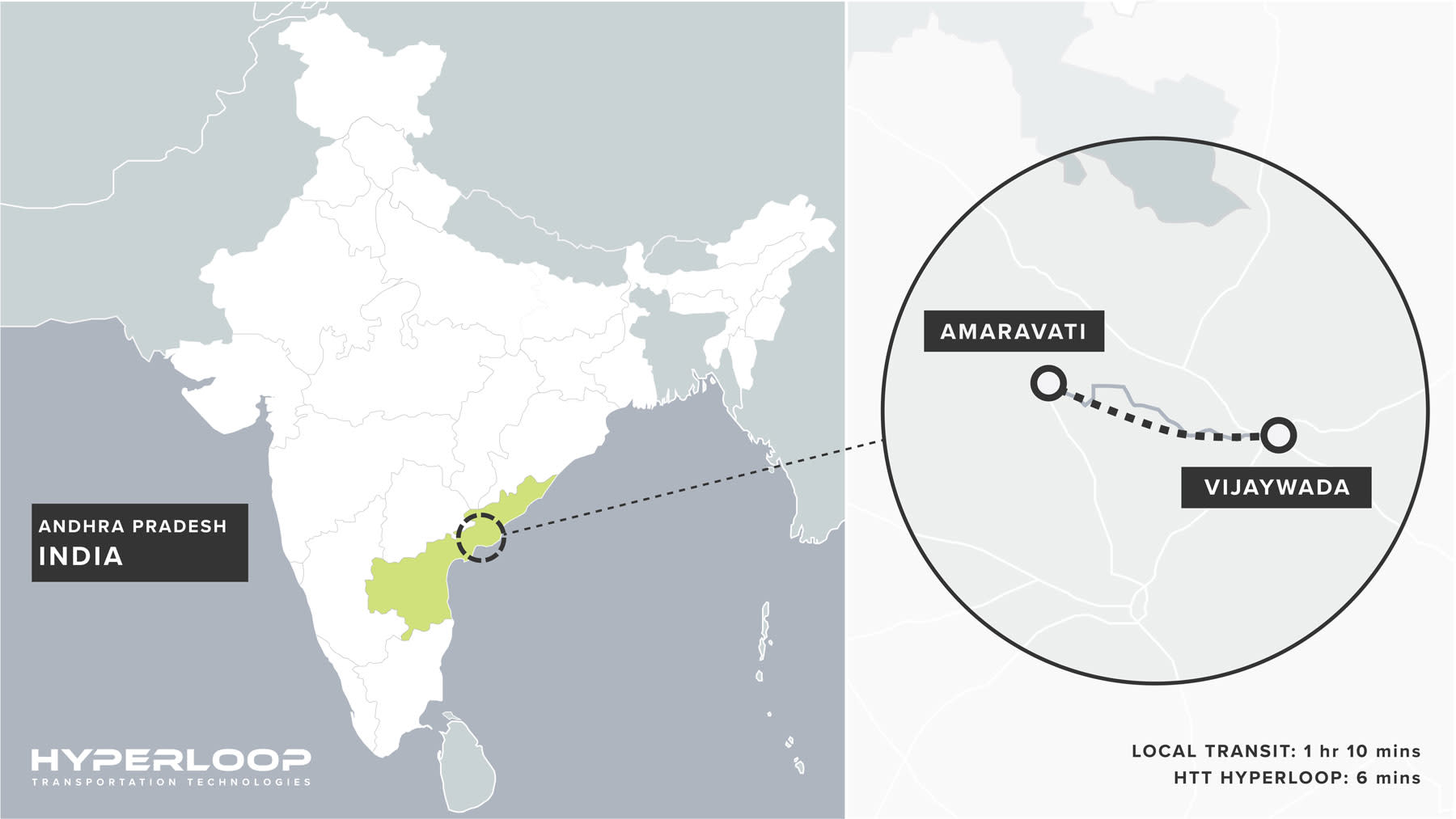 Hyperloop Transportation Technologies, Dirk Ahlborn's crowdsourced Hyperloop project, has signed another deal in another country. The company has shaken hands with the Andhra Pradesh Economic Development Board in India with the aim of building a loop connecting the two cities of Vijayawada and Amaravati.

The two have, as usual, agreed a memorandum of understanding, giving HTT the freedom to investigate potential routes for the system. An initial phase, where the route will be planned, will take six months, after which it's hoped that construction will begin.

It's a good place to begin building a Hyperloop, with the distance between the two cities only being around 27-miles. Journey times right now are around the 70 minute mark, but the company claims that it can shrink that to just six minutes when finished.

The deal is structured as a public-private partnership, although nobody's revealing just how much cash (and concessions) Andhra Pradesh is offering. The release does mention, explicitly, that the majority of the money will come "primarily from private investors," although these things have a habit of costing the taxpayer in the end.

If completed, however, it would serve as a big win for India to boast that it has the world's first operating Hyperloop and should provide an economic boon to the region. It will also provide a useful proving ground for a country that has its own deep attachment to the railway and its future.

In this article: amaravati, Amarvati, AndhraPradesh, DirkAhlborn, gear, HTT, Hyperloop, HyperloopTransportationTechnologies, India, transportation, vijayawada, Vijaywada
All products recommended by Engadget are selected by our editorial team, independent of our parent company. Some of our stories include affiliate links. If you buy something through one of these links, we may earn an affiliate commission.