All Jaguars will have electric drivetrains in 2020

The electric car is the future. While sales of EVs are still dwarfed by traditional gas-powered vehicles, automakers are moving forward with plans to inject electric drivetrain elements into their product lines. The latest is Jaguar, which announced today that starting in 2020, all of its new cars will either be some type of hybrid or EV. To mark the occasion, the company unveiled two concept vehicles. One that looks to the past and another that's pegged on the future.

Fans of Jaguar's design heritage will be happy to see the Jaguar E-type Zero, based on the 1968 Series 1.5 Roadster. Actually, the car being showed off by Jaguar in London is a restored 1.5 Roadster. Built by Jaguar Classic, the car will do zero to 60 in 5.5 seconds. Its 40kWh battery has a range of approximately 170 miles. So it's fast, beautiful and has enough range that you can drive around town and make all your friends jealous.

As for the future, the Future-Type is Jaguar's vision of the year 2040 and beyond. It'll be completely autonomous, but is also drivable for when you're not stuck in traffic. The car will also feature the Sayer AI-powered steering wheel. Instead of the typical seating for four, the car is built with tandem seats so it can squeeze through traffic and into tight parking spaces.

Jaguar notes that in the future, cars will be shared instead of owned, something we've heard from the industry for a while. It's that prediction that's had many an automaker invest in one way or another in "mobility." 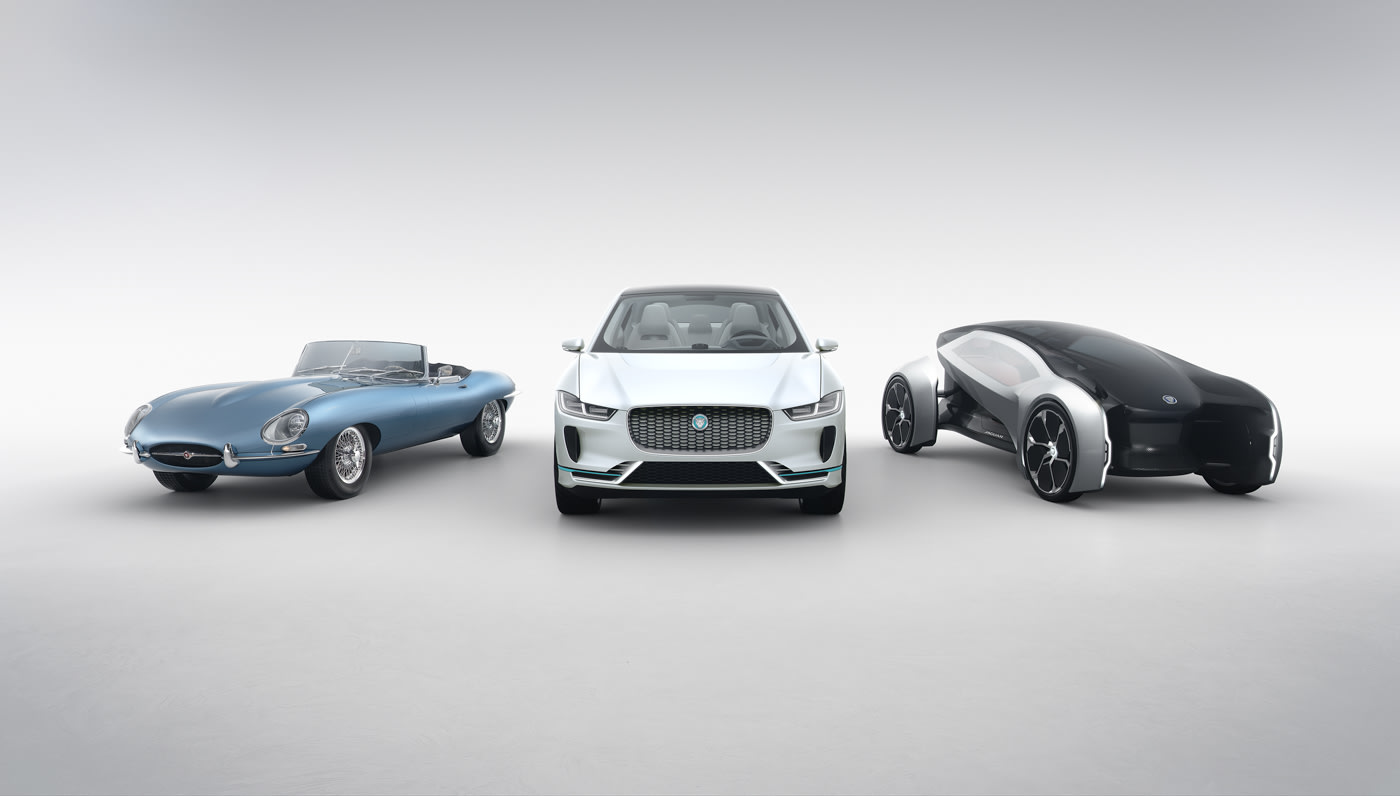 Back down to reality, the company is preparing for the I-Pace -- which it showed off at the LA Auto Show last year -- to hit showrooms in 2018. The SUV is the company's first electric vehicle and, judging from today's news, the start of a sea change in how the British automaker propels its cars.