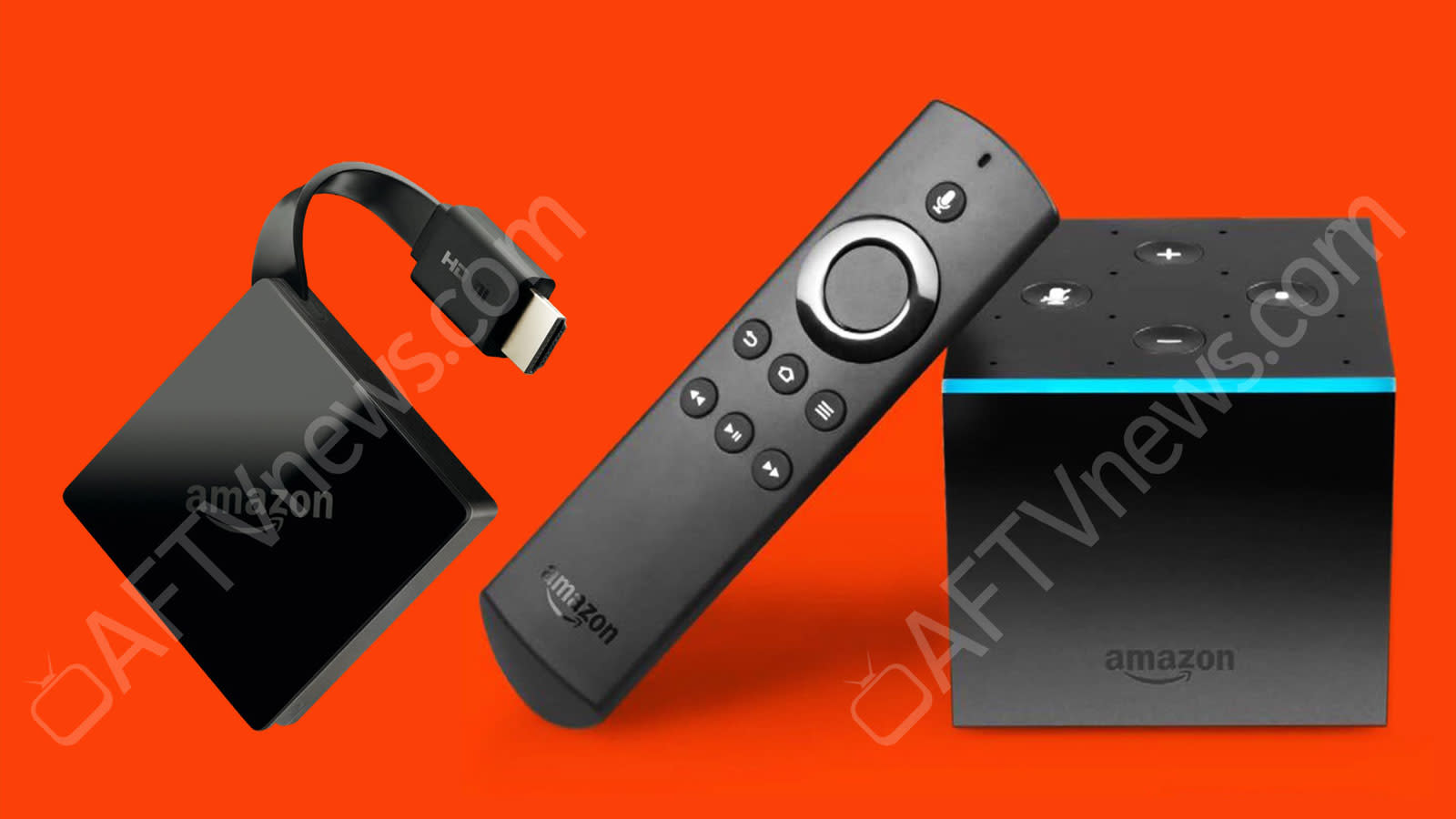 It's been a long time since Amazon updated its Fire TV hardware, but it looks like an upgrade could be right around the corner... and to no one's surprise, Amazon may be capitalizing on the popularity of the Echo. AFTVNews claims to have leaked info for two upcoming Fire TV devices, one of which (on the right) is reportedly a cross between a Fire TV and an Echo Dot. The cube-shaped device would have the audio controls, activity light, far-field microphones and speaker you'd need for hands-free Alexa support, letting you shout commands across the room even when the TV is off. No more reaching for the remote, folks. It would also handle 4K HDR video at a smooth 60 frames per second, and would have control over your home theater gear as you do with existing high-end Fire TV models.

The other model, on the left, is billed as a "mid-tier" Fire TV that would gun after Google's Chromecast Ultra. The dongle-based design wouldn't have the Echo-like tricks of its higher-end counterpart, but it could still handle the same 4K HDR video at 60FPS and would be decidedly stealthier.

If the leak is accurate, you may have to wait a while to get your hands on either gadget. The mid-tier model is supposed to be announced in September, but it wouldn't ship until October. And the Echo-like model? It might only be unveiled "at a later date," and there's a chance that the release might slip from this year into early 2018. At least the Fire TV Stick isn't going away -- according to the leak, it'll continue to serve as the budget model for people who don't care about 4K or hands-off voice input.

In this article: alexa, amazon, av, echo, firetv, gear, streaming
All products recommended by Engadget are selected by our editorial team, independent of our parent company. Some of our stories include affiliate links. If you buy something through one of these links, we may earn an affiliate commission.