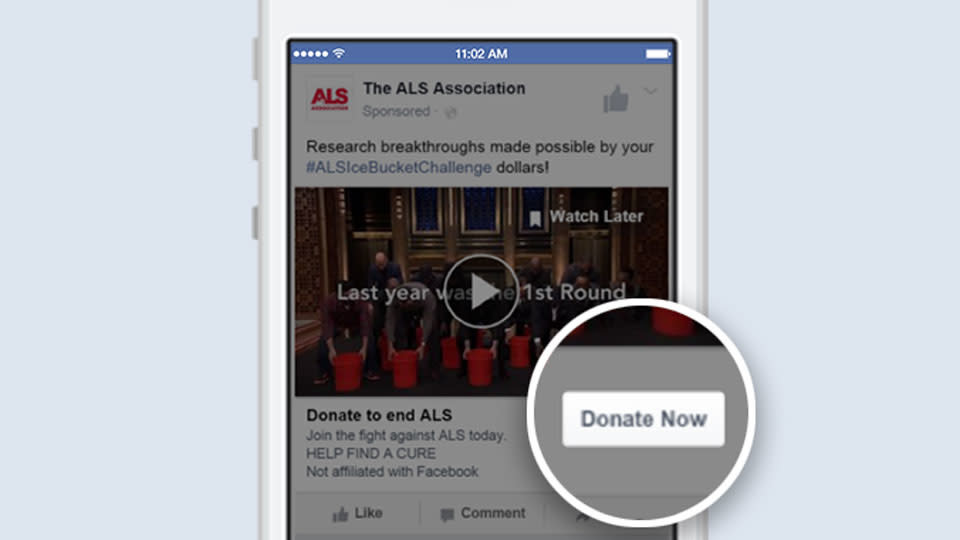 It's been about two years since Facebook rolled out the Donate Now button in the US, allowing its users to give money to charities and nonprofits directly through the social media platform. Earlier this year, Facebook expanded its properties to cover personal fundraisers as well. And now, finally, the social media giant has announced that it will be rolling out these features across the UK and Europe.

Until now, if Facebook users in those areas wanted to donate funds, they'd be sent to a third-party site, rather than being able to give money directly. Starting at the end of September, though, charities in the UK, Ireland, Spain, France and Germany will test Facebook's tools, which will allow them to accept donations directly without sending users away from Facebook, according to The Guardian. The program will roll out to an additional ten countries in October.

It appears as though Facebook is not yet opening the tool to everyone, though. Much like the initial rollout in the US, it looks like donations will be limited to charities and nonprofits only, rather than allowing anyone to raise money. On September 12th, Facebook will open an application process for charities requiring them to submit financial information in order to be approved for the Donate Now button.

It's surprising that it's taken this long for Facebook to roll out tools that have been available for over two years in the US. Still, it's welcome news for charities; after all, Facebook has 2 billion members. That's a lot of potential donors for these nonprofits.

In this article: donatenow, facebook, internet
All products recommended by Engadget are selected by our editorial team, independent of our parent company. Some of our stories include affiliate links. If you buy something through one of these links, we may earn an affiliate commission.