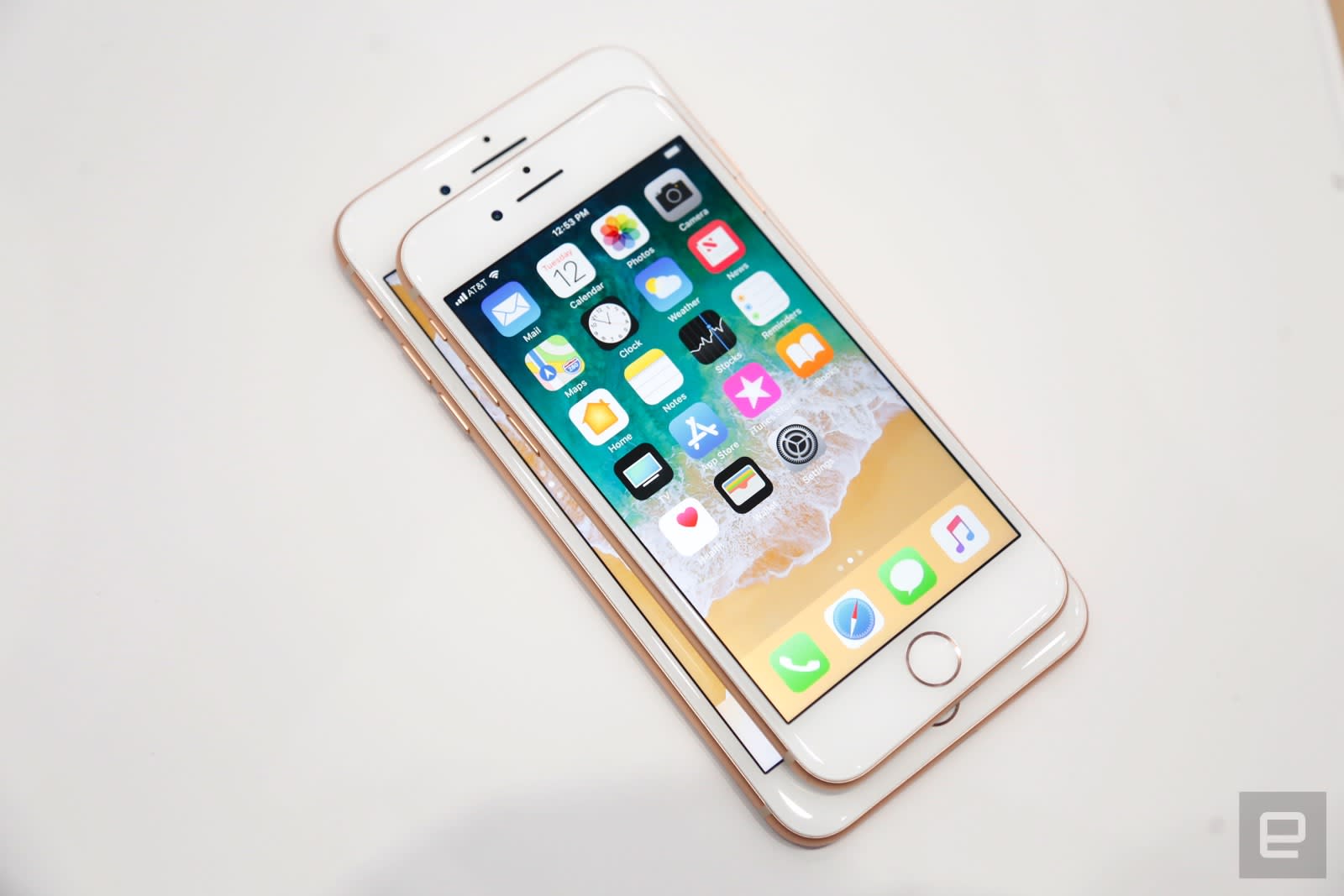 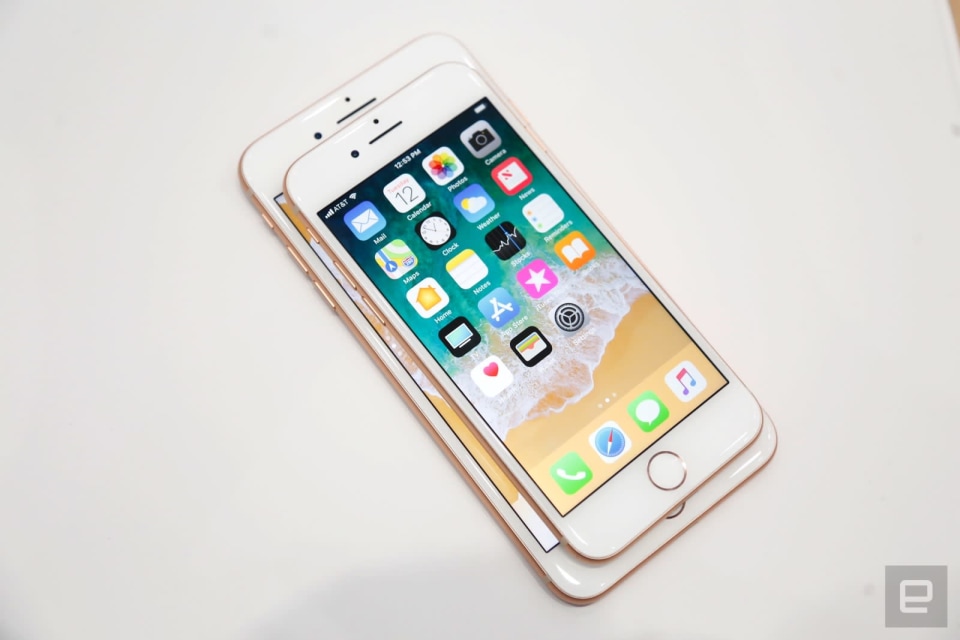 The iPhone X is a clear indication of where the smartphone industry is headed. Within two years, Apple's entire iPhone lineup will probably consist of edge-to-edge screens with a dual-camera setup and Face ID (assuming the latter is as secure and convenient as Apple claims). As such, the iPhone 8 and 8 Plus might as well have been named "iPhone classic" -- 10 years in, it seems that big bezels and a home button are no longer necessary.

But I'm not here to make the case for spending $1,000 or more on the iPhone X. (My colleague Mat Smith does that for you right here.) If, like me, you're in need of a new phone and prefer iOS to Android, there are plenty of compelling reasons to consider the iPhone 8 or 8 Plus. Chief among them are the classic "first generation" problems that plague many new Apple products. In the past, when Apple has radically redesigned devices or introduced entirely new ones, they've often come with issues ranging from mild to severe. Who can forget the iPhone 4 and "Antennagate" or the iPhone 6 and "Bendgate?" It's worth noting that Apple has maintained that these type of problems were affecting only a small percentage of owners, but I'd still rather not have my extremely expensive phone developing annoying problems right off the bat.

In the case of the iPhone X, there's a lot of new and unproven technology that could go awry. The TrueDepth system and Face ID are unlike anything Apple has released so far, and overall it's a massive and complicated redesign of a well-established product. There's no doubt that Apple has put all of its 10-plus years of designing phones into the X, but a completely new device will almost certainly be less reliable than a time-tested design like the iPhone 8. Again, a good comparison is last year's MacBook Pro, a computer that arrived with a totally new design and was met with complaints from customers -- the 15-inch model in particular appears to have suffered from some build quality and reliability issues.

I'm thinking that it's a good idea to let the bleeding-edge early adopters deal with the first-gen problems and pick up the X2 or whatever it's called in a year once things have been ironed out. As someone who's owned the original iPhone, iPad and Apple Watch, I can say with confidence that Apple's first-gen products come with a lot of compromises. Going with the iPhone 8 sidesteps all these issues and saves you some cash for the year.

Speaking of cash, let's break it down: a 64GB iPhone 8 is $699 or $34.50 per month on Apple's installment plan, while an 8 Plus adds $5 each month to the equation. An X with the same storage is $999, as we all know -- but that works out to a whopping $49.91 per month. I don't know about you, but I just don't want to pay that much on top of my not-cheap wireless service plan. Yes, it's "only" $120 to $150 per year, but everyone has a breaking point. With both phones and service plans getting more expensive, plenty of people will need to draw the line somewhere.

Pricing a radically redesigned product at a premium is nothing new for Apple -- just look at the new MacBook Pro line that arrived last year, or even the first retina MacBook Pro that launched way back in 2012. For a long time, those computers sold at a premium over their lower-resolution counterparts. Eventually, though, Retina became the default. I expect the current MacBook Pro design to eventually get cheaper, and the same will happen with the iPhone X. And if you're on a yearly phone installment plan, it should be easy enough to jump ship and get a redesigned iPhone when it meets your budget (I'm hoping that'll happen next year, but that might be naive).

Finally, I'm just impatient and want a new phone now. Mostly that's because the battery on my iPhone 6S is trash at this point. But regardless of the reason, I can likely get my hands on an iPhone 8 by the end of September, more than a month before the iPhone X arrives. And, when the X does launch, every indication is that it's going to be extremely hard to find. If you've ever been frustrated trying to buy an iPhone at launch, it's looking like it'll be extremely tough to get an X despite its high price.

Ultimately, I'm saving some money and stress and getting something familiar and less progressive. But, there's still plenty to like about the iPhone 8. Wireless charging, TrueTone screens, the dual cameras on the 8 Plus, better battery life and significantly improved performance from the A11 chip are all notable upgrades, particularly if you're using an iPhone older than the 7. That's a lot of people, and I'm guessing that many of them are going to opt for the iPhone 8. Yeah, I'll be jealous of my coworkers who get the X, but it's not going anywhere. In fact, there's a good chance it'll be a lot better a year from now.

In this article: apple, editorial, gear, iphone8, iphone8event, iphone8plus, iphonex, mobile
All products recommended by Engadget are selected by our editorial team, independent of our parent company. Some of our stories include affiliate links. If you buy something through one of these links, we may earn an affiliate commission.