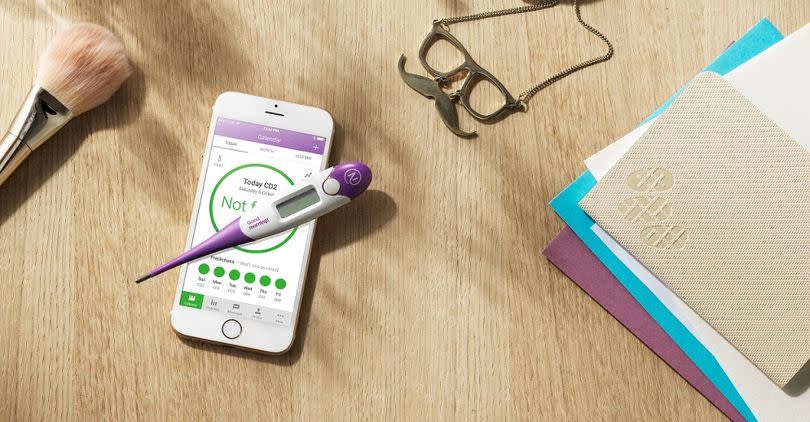 The app shows users when it's safe to have unprotected sex (a green day) or when other contraceptive methods such as condoms should be used (a red day) thanks to body temperature readings -- after ovulation a rise in progesterone makes women's bodies up to 0.8 Fahrenheit higher than usual. The app helps women both plan and prevent pregnancy, and has proven just as effective for those with irregular periods, or those who have just come off other cycle-disrupting forms of contraception, such as the pill or injections.

Natural Cycles was the first app to be approved as a form of contraception in the EU, and the company has made no secret of its plans to win certification worldwide. Getting FDA approval for use in the US would be a significant milestone. In August this year The Verge published an article examining Natural Cycles' position in the mobile health space, noting that its published research to date didn't yet meet contraceptive efficacy standards. This new study moves the goalposts, meaning that the FDA could approve a fertility app sooner than expected, and when it does, it will very likely be this one.

In this article: app, certification, contraception, EU, FDA, fertility, healthcare, menstruation, NaturalCycles, ovulation, periods, pregnancy, sex, tracker, women
All products recommended by Engadget are selected by our editorial team, independent of our parent company. Some of our stories include affiliate links. If you buy something through one of these links, we may earn an affiliate commission.