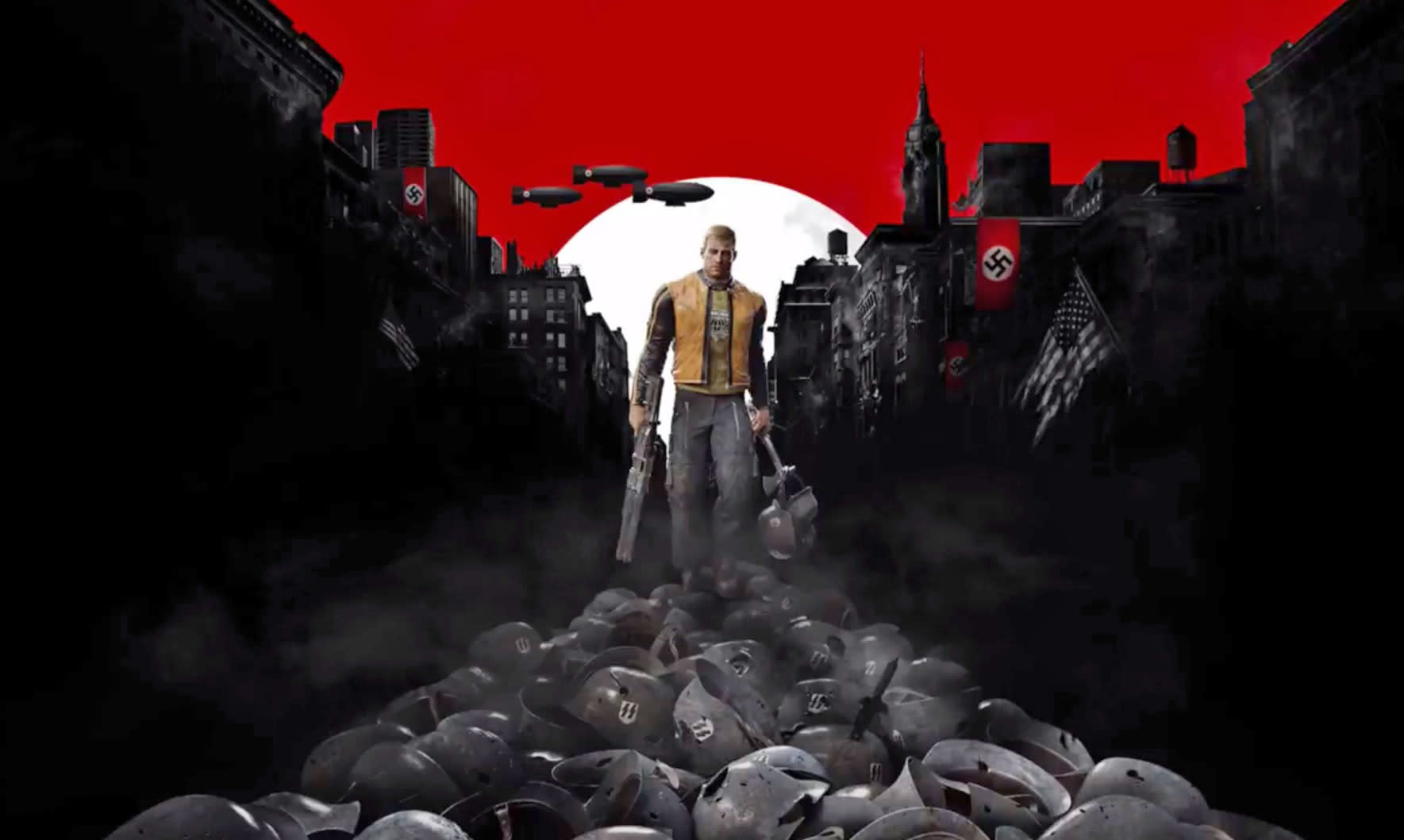 First-person shooter fans won't just have to settle for playing last year's hit Doom on their Switch. During today's Nintendo Direct, the company revealed that its flagship console is getting the upcoming Wolfenstein II: The New Colossus, though Switch players will have to wait until 2018, long after it launches on other systems next month.

Studio MachineGames revealed Wolfenstein II: The New Colossus at E3 this year, the sequel to its successful re-imagined take on the franchise, 2014's Wolfenstein: The New Order. At the same show, Bethesda confirmed what we saw in some of the first Switch footage -- that Skyrim would come to Nintendo's console, so it's a pleasant surprise that the company has arranged more third-party ports. Now raise your hand if you ever thought you'd see a Wolfenstein or Doom game on a family-friendly Nintendo system.

The Wolfenstein series returns to Nintendo systems in 2018 with Wolfenstein II: The New Colossus on #NintendoSwitch! #Wolf2 pic.twitter.com/tI7i9gTaVG

In this article: av, gaming, nintendo, nintendodirectsept2017, nintendoswitch, switch, Wolfenstein, wolfensteinthenewcolossus
All products recommended by Engadget are selected by our editorial team, independent of our parent company. Some of our stories include affiliate links. If you buy something through one of these links, we may earn an affiliate commission.