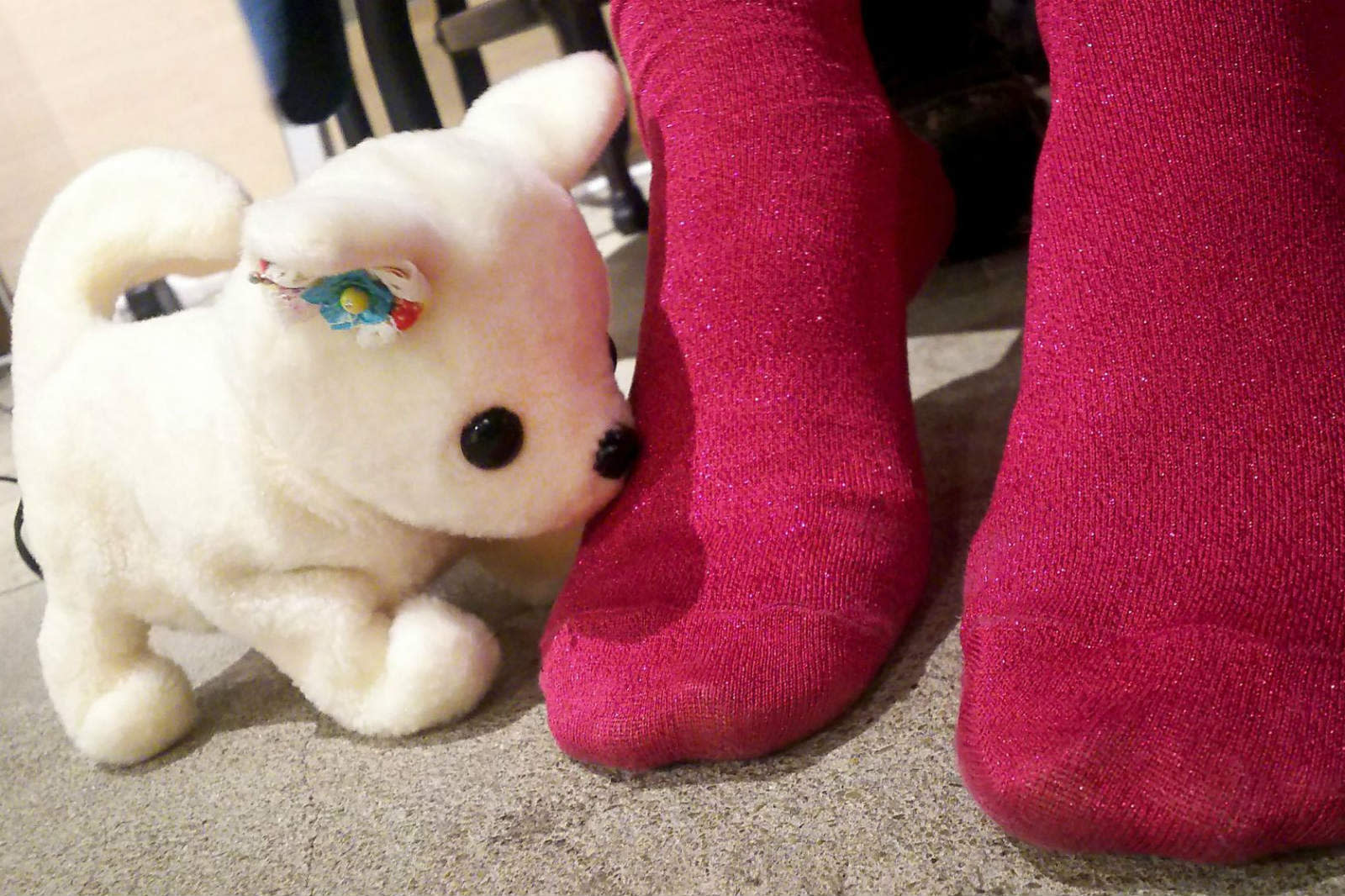 The Japanese take body odor very seriously. So much so, in fact, that companies in Japan host seminars on "smell harassment." Impeccable hygiene also extends to the home, where people are expected to take off their shoes upon entering. Naturally, the tech-savvy nation has come up with a number of modern applications for funky-smelling folk. There's an app that tells you if your armpits kick. A female robot that checks for halitosis. And soon, you'll even be able to buy a robotic puppy that smells your feet.

The sniffer dog with an odor sensor for a nose is hardly subtle. Not only does it bark when it comes across slightly stinky toes, but it will roll over and (temporarily) faint if your feet reek. To ward off any pungent smells, the robotic helper releases a burst of air freshener. The rest of the time, the 15cm long puppy just wags its tail and looks cute as hell.

The robot is the brainchild of Japan's Next Technology, the commercial arm of the National Institute of Technology Kitakyushu College. The university, which was also behind the bad breath detecting robot, has been working on prototypes of the mutt for years (one of which can be seen in the above video). And, now it's finally ready for the public. Next Technology will release the robot known as Hana-chan -- a play on hana (nose) and a common girl's nickname -- early next year. But, at 100,000 yen ($905), it won't come cheap. Still, if it affords you avoiding an awkward chat about rank feet, it could be worth it.

In this article: BodyOdor, feet, gear, japan, puppy, RobotDog, robots, smell
All products recommended by Engadget are selected by our editorial team, independent of our parent company. Some of our stories include affiliate links. If you buy something through one of these links, we may earn an affiliate commission.