They join the Freedom 2 to round out the company's sport headphone lineup.

Long before Apple declared the headphone jack obsolete, Jaybird has been a pioneering force in the world of wireless earbuds. With last year's Freedom, the company managed to deliver a solid combination of music quality, battery life and comfort. They weren't just good for athletic gear -- they were among the best wireless headphones we've ever heard. So, what's next? Like Apple with its AirPods, as well as a slew of companies at IFA, Jaybird decided to lose the wires completely with its new $180/£170 Run earbuds.

While they don't look significantly different from the growing market of wire-free options out there, the Run earbuds still have some Jaybird styling on the outside. The distinctive fin makes a reappearance, which helps to secure the headphones in your ear. And once you put them in, they're hardly noticeable, which is more than I can say for some of the competition. The company also promises that they'll deliver sound quality on-par with its current lineup.

Jaybird basically crammed everything it learned over the years into the Run to soften the pitfalls of wireless headphones. The company claims each bud will last for four hours, but they also come with a small battery case, which holds another eight hours of juice. And if you find yourself with completely drained earbuds, just five minutes in the battery case will get you one hour of listening time. 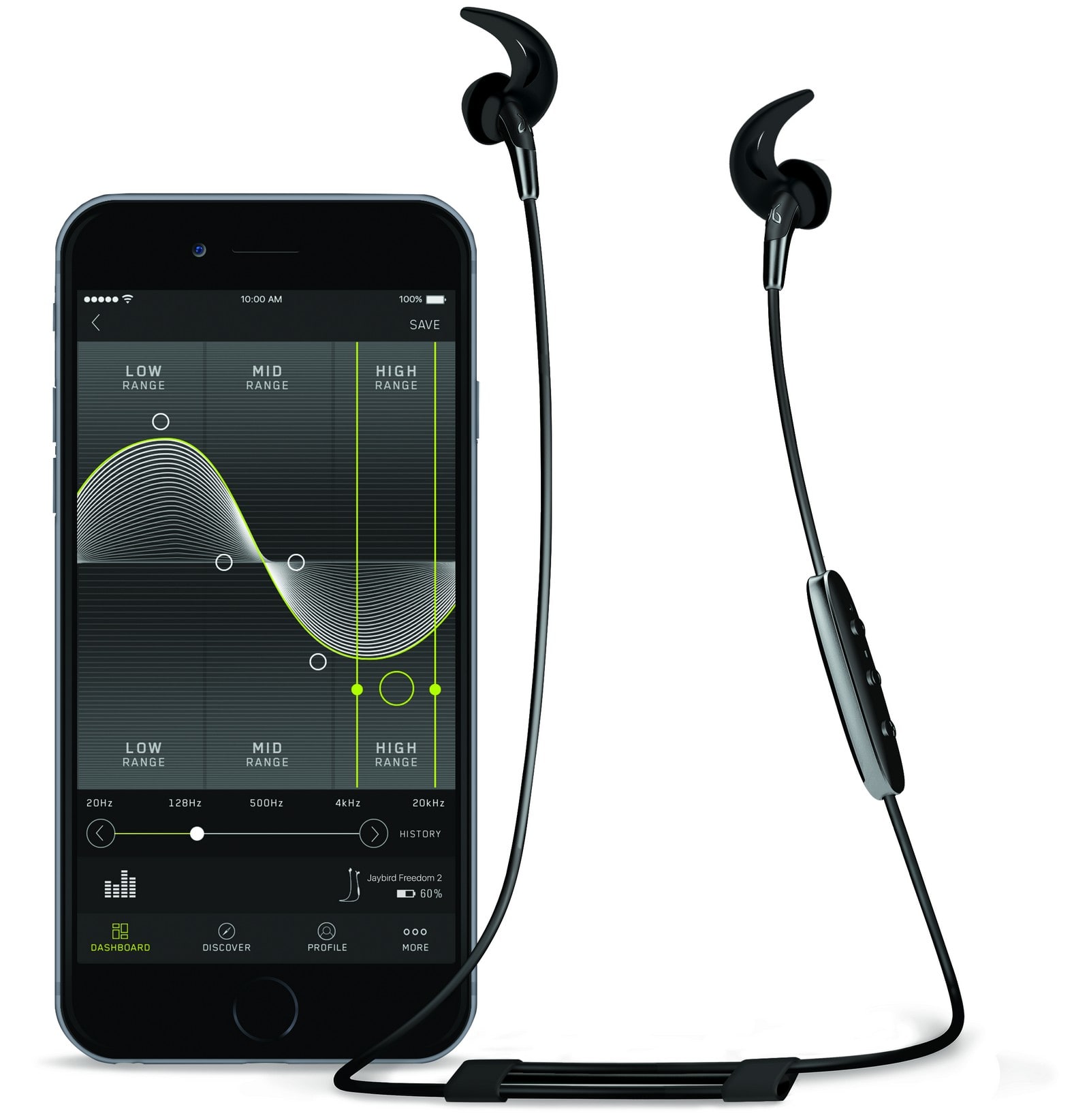 On top of the Run, Jaybird also announced the $150/£110 Freedom 2, which builds on the design of their predecessor in a few ways. They now sport oval tips and reworked flanges, both of which make for a slightly better seal in your ears. You can also switch between under-ear and over-ear orientations without removing the buds from your ears. That's useful if you're in the middle of an intense workout, and don't want the cable dangling low on your neck. You'll still get four hours of battery life from the Freedom 2, as well as another four hours from its tiny clip-on battery pack.

Since they're meant for outdoor activity, the Run and Freedom 2 headphones are both sweatproof and water resistant. You might not want to wear them during a torrential downpour, but they should be fine for running in moderate rain. Jaybird's MySound mobile app, which lets you tweak sound settings for its headphones, is also getting renamed to simply "Jaybird." Notably, the company says customized settings will get saved directly to its earbuds' firmware, which means those tweaks will work across other music apps and devices.

I'll need to spend some time (and a few runs) with Jaybird's new headphones to really test them out. But at this point, they seem like smart moves for the company. You'll be able to preorder them today, and Jaybird expects to ship them out in October. At that point, you'll also be able pickup the Run and Freedom 2 at retailers like Best Buy and Amazon.

With Apple once again forgoing headphone jacks on the iPhone 8 and iPhone X, and many Android phone makers following along, Jaybird is in the ideal position to prove why it's time for everyone to consider wireless headphones.