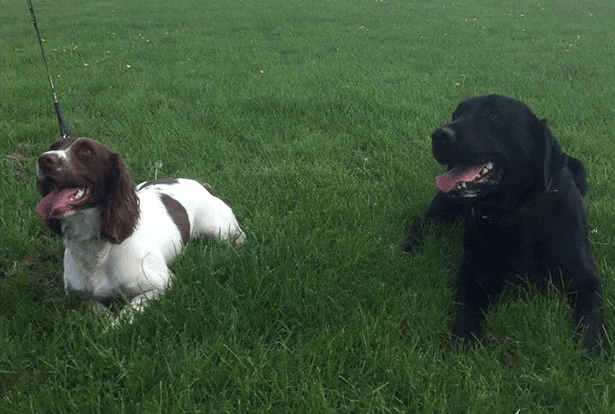 Devon & Cornwall and Dorset Police have begun utilising special FBI-trained sniffer dogs that have been specifically trained to detect hidden storage devices. Police dogs Tweed, a 19-month-old springer spaniel, and Rob, a 20-month-old black Labrador, are the first dogs outside of the US that will help track "terrorists, paedophiles and fraudsters" by tracing the unique chemicals found in hard drives, USB sticks and SD cards.

The dogs have been busy. While executing one warrant, Tweed sniffed out what looked like a Coke can. On closer inspection, officers found that the can was instead a can-shaped money box, which had been used to hide a number of SD cards. In a separate search, Rob was able to track down a device hidden carefully in a draw that would likely have been missed during a visual search. The duo have already been used in a over 50 warrants across Britain, including Hampshire, Essex, South Wales and North Yorkshire.

So-called Digital Storage Detection Police Dogs are widely used in the US, with both the Connecticut State police and the FBI employing their own device-seeking canines. A collaboration was formed between Devon & Cornwall and Dorset Police and the US authorities in December 2016, allowing Police Constable Graham Attwood and his team to begin working on training Tweed and Rob, which were specifically brought in for the programme.

"Myself and members of the alliance dog school, initially handled and trained Tweed and Rob, mainly in our own time, as we were committed to our usual daily duties of training the forces other operational police dogs," PC Attwood said. "The majority of the dogs we have in the force either come from our puppy breeding scheme or are gift or rescue dogs, but this was a unique challenge for us as so we identified and purchased Tweed and Rob last December when they were around 15 months old, and embarked on this journey with them."

Devon & Cornwall and Dorset Police aren't shy when it comes to tech. They were one of the first units to deploy drones to help with crime scene photography and missing people searches. That trial has since been extended, with Devon police recently setting up the UK's first 24/7 drone squad. Rob and Tweed are currently part of a pilot programme, but the force says it will assess their performance before the end of the year with a view to rolling it out wider.