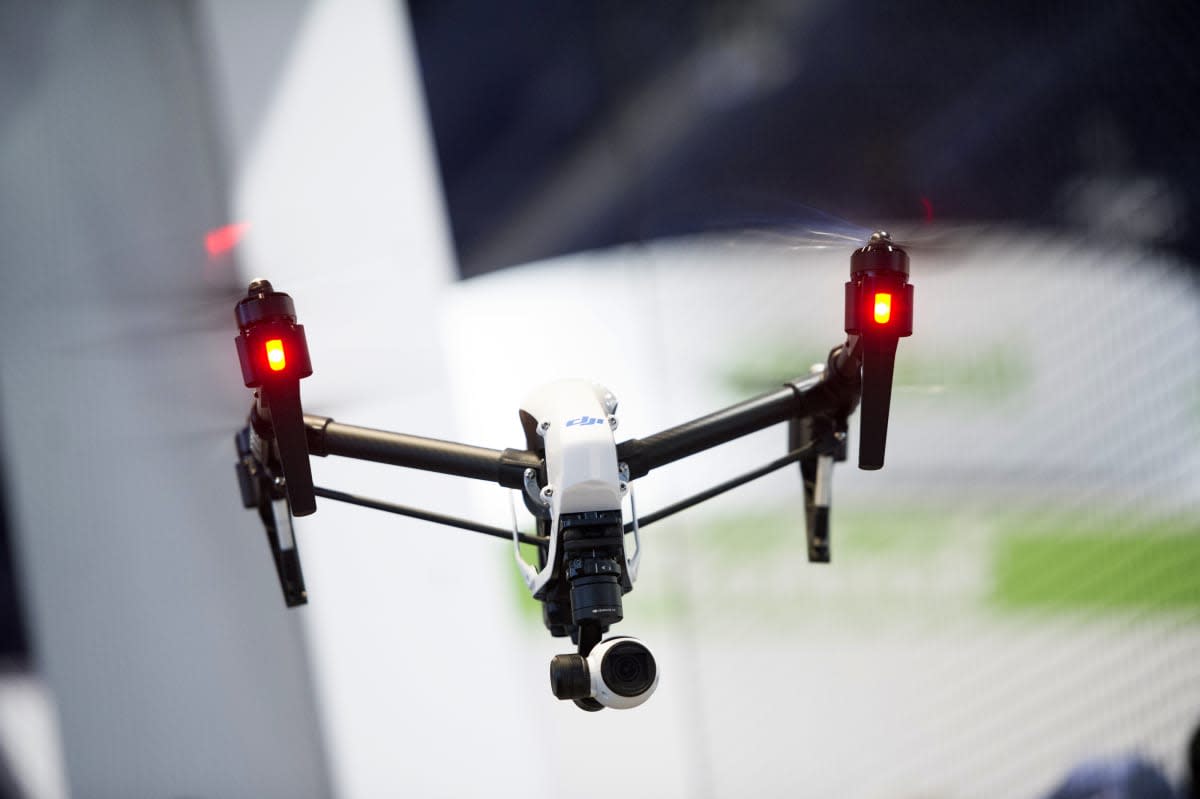 Drones have been used for all sorts of devious deeds, but now they're being used to save lives too. Police in two English counties, Devon and Cornwall, have recruited a pair of DJI Inspire 1 drones to help with crime scene photography and missing people searches. The two new quadcopters are based in Exeter and Plymouth, and so far three officers have obtained the CAA qualification necessary to fly them. Police in Dorset are now preparing for a similar trial, and hope to have access to their own drone from November 26th.

Other police forces in Britain, such as Cumbria, are already experimenting with unmanned aerial vehicles (UAVs). Even so, this latest initiative is another crucial step towards public acceptance. Hobbyists and filmmakers have quickly embraced UAVs, but local communities are, on the whole, still wary. After all, they've been used in the past to film football matches and smuggle contraband into prisons. However, drones have also helped US firefighters to rescue trapped rafters and supported crucial perimeter patrols around Gatwick Airport. Inspector Andy Hamilton, who is leading the new trial in Devon, Cornwall and Dorset, believes drones can be a "highly cost effective" tool for police:

"Using a drone to capture footage on difficult terrain and hard to reach areas such as cliffs, woodland or the moors to find a missing person, combat wildlife crime or even a firearm incident, will allow officers to gain vital information, quickly, safely, and allow us to respond effectively at the scene."

There are some limitations, however. Hamilton notes that most drones can't be flown at night, and are usually useless in adverse weather conditions. Even so, the fact they can be thrown into the air near-instantaneously and operated on the ground gives them considerable advantages over good old fashioned helicopters.

In this article: cornwall, devon, dorset, drone, drones, police, UAV, UnmannedAerialVehicle
All products recommended by Engadget are selected by our editorial team, independent of our parent company. Some of our stories include affiliate links. If you buy something through one of these links, we may earn an affiliate commission.