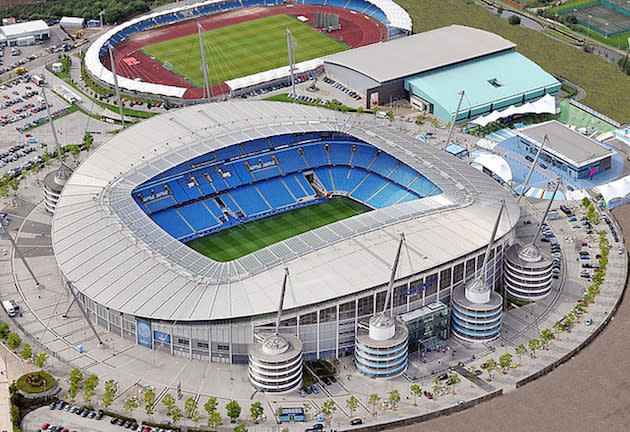 In times past, enterprising football fans who didn't have a ticket for the big match would scale walls or find an elevated vantage point to follow the action. Increased security and the sheer size of modern football stadiums has put an end to such tactics, but some are finding new, and illegal, methods to watch and film as their team play. Today, the Metropolitan Police confirmed it has arrested a man for flying a drone over a number of Premier League and Championship football stadiums, as well as Buckingham Palace.

Police charged Wilson for contravening the CAA's Air Navigation Order 2009, a piece of legislation that was recently used to ban drone flights in London's eight Royal parks. Pilots are required to be within 400 vertical feet and 500 horizontal metres of their drone, have direct visual content and not fly it near an event hosting more than 1,000 people, something that the Met says he didn't adhere to at the time (some stadiums can seat 60,000 people). To better enforce the use of drones, the House of Lords EU Committee has already begun debating tougher rules for drone ownership in the UK. It could mean drone owners are put on a register, making them easier to identify, and asked to broadcast when they wish to fly.

In this article: drone, football, met police, metropolitan police, police, premier league, soccer, uk-feature
All products recommended by Engadget are selected by our editorial team, independent of our parent company. Some of our stories include affiliate links. If you buy something through one of these links, we may earn an affiliate commission.