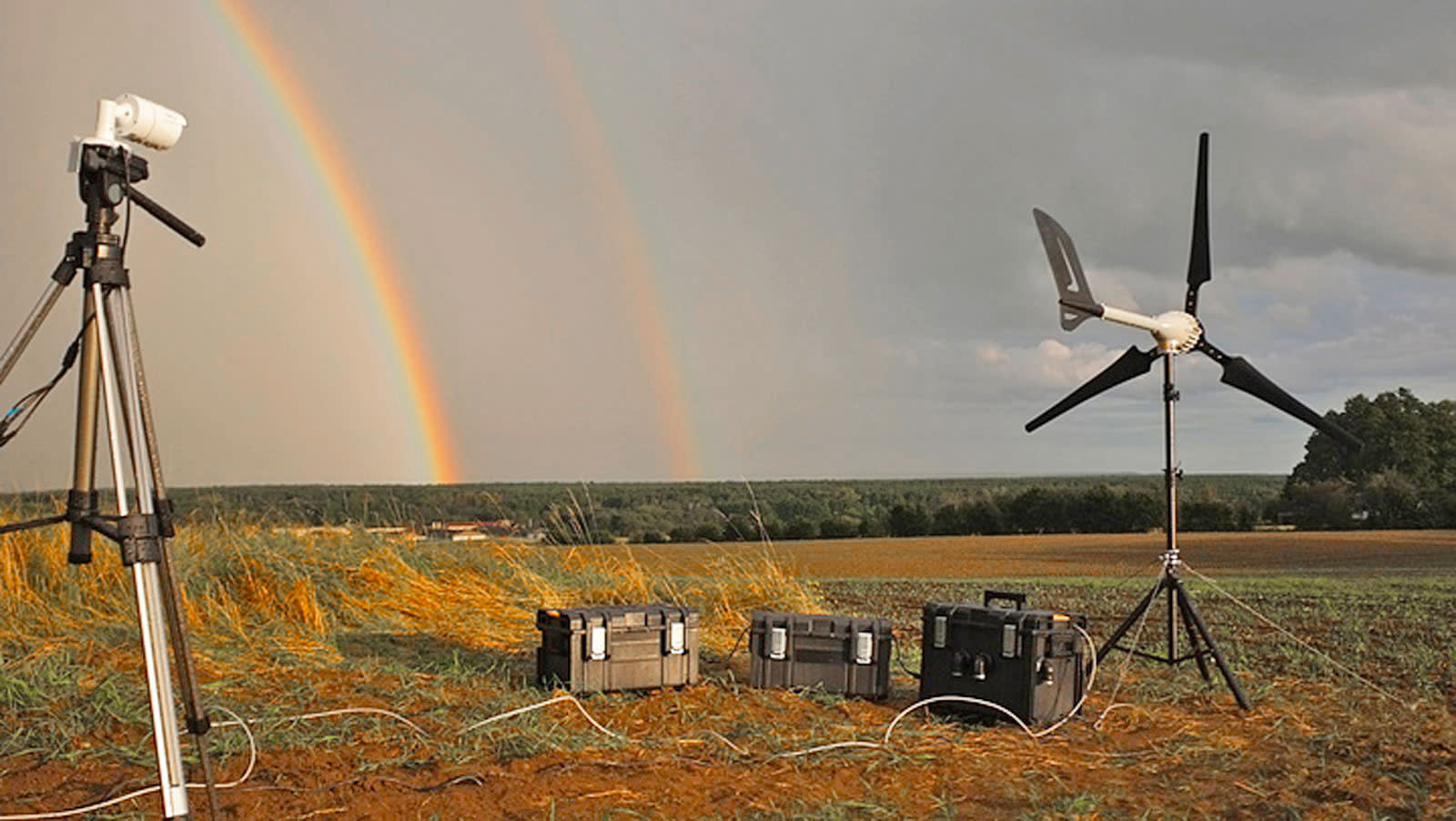 Climate change is frequently described as a vicious cycle that depletes the very resources needed to fight it. In the case of Julian Oliver's latest project, however, it could almost be described as virtuous. His Harvest project uses a 700W wind turbine to power a PC mining cryptocurrency (specifically, Zcash) that directly funds climate change research. In other words: the more the symptoms of climate change manifest themselves, the more money goes toward fighting that change. It was commissioned as a piece of art, but it's a very practical design that could find plenty of uses in the real world.

The PC itself is mostly off-the-shelf, with the GPU-heavy specs that you'd expect from a mining rig: it's using 'just' a Core i3 processor, 4GB of RAM and a 256GB SSD, but it packs a hefty GeForce GTX 1080 Ti to process virtual cash as quickly as possible. The biggest changes are the obligatory weatherproof casing and a controller to regulate the incoming charge. The turbine itself has two hefty 150Ah batteries (each weighs about 95lbs) to store excess energy for use around the clock.

If you want to see Harvest as of this writing, you'll have to visit Sweden's Konstmuseet i Skövde (Art Museum in Skövde) between now and when the exhibition ends in mid-November. Oliver will donate the mined cryptocurrency to three climate-related non-profit groups when it's over. However, that's not necessarily the end of the story. Oliver sees this as a prototype, and envisions "hundreds" of these machines raising money in windy areas. And strictly speaking, it wouldn't have to be used for money mining. It's easy to see this being useful for rural internet access and any other infrastructure where you want always-on systems and don't want to (or can't) rely on the conventional power grid.

In this article: art, climate, climatechange, cryptocurrency, currency, gear, green, harvest, internet, mining, money, science, WindEnergy, windpower, windturbine, zcash
All products recommended by Engadget are selected by our editorial team, independent of our parent company. Some of our stories include affiliate links. If you buy something through one of these links, we may earn an affiliate commission.