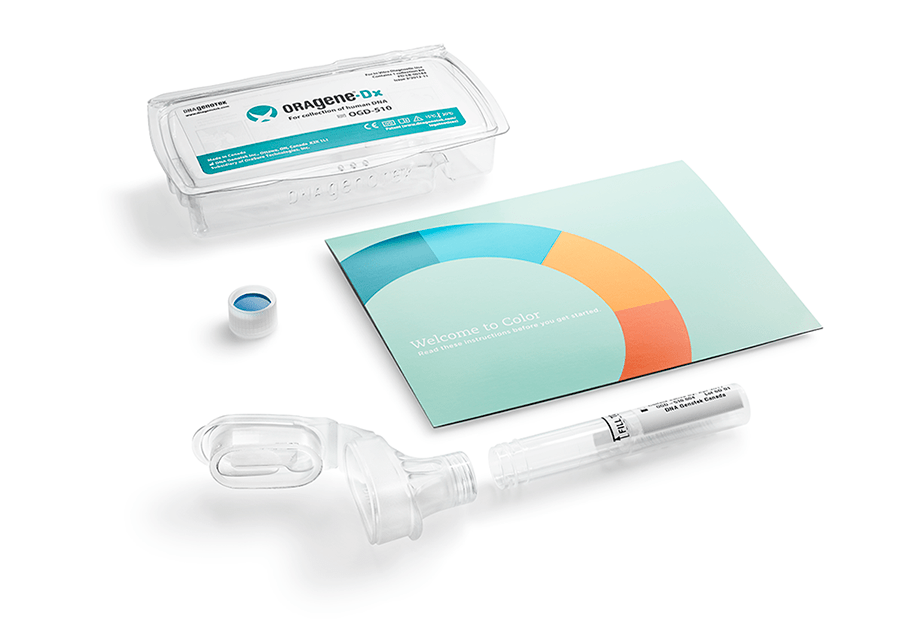 During Ovarian Cancer Awareness Month (September) and Breast Cancer Awareness Month (October), genetic testing company Color is reducing the price of its new BRCA Test. The test -- which looks for mutations in the BRCA1 and BRCA2 genes that are linked to breast and ovarian cancer -- has a regular price of $149, but for this month and the next, customers can get it for $99.

Color already has a test that estimates your risk for hereditary cancers like pancreatic cancer and melanoma as well as breast and ovarian cancers. That test costs $249 and analyzes 30 genes. But the new BRCA Test from Color only looks at the two BRCA genes and estimates risk based on which mutations of the genes you have. This price point puts Color's test below its competitors cost-wise. For example, a similar test from Veritas costs $199.

For those not familiar with Color's genetic tests, let's compare them to 23andMe. With 23andMe, customers can purchase a kit, send it away and get their results in a few weeks. But Color's tests have to be ordered by a physician -- either your own or one that Color connects you with -- and your results are read by and explained to you by that physician. This is largely the standard for genetic tests that aim to estimate your risk of disease while you're more or less on your own with 23andMe. However, with an April FDA approval, 23andMe can now provide you with risk information for certain conditions -- like Parkinson's disease and late-onset Alzheimer's disease, making it the first at-home kit allowed to do so in the US. And 23andMe is reportedly working on getting approval for BRCA gene testing as well, which it currently doesn't include.

Color's BRCA Test makes it easier and cheaper to get screened for hereditary breast and ovarian cancer risk, which is especially useful for those whose tests might not be covered by insurance. Color said in a blog post, "From pap smears to HIV testing, the medical community has made great investments in universal, low-cost screening programs that empower patients and providers alike. Now BRCA screening joins these programs as a part of routine health care that's both feasible and sensible."

In this article: 23andme, BreastCancer, BreastCancerAwarenessMonth, cancer, gear, GeneticTesting, medicine, melanoma, pancreaticcancer, services, veritas
All products recommended by Engadget are selected by our editorial team, independent of our parent company. Some of our stories include affiliate links. If you buy something through one of these links, we may earn an affiliate commission.