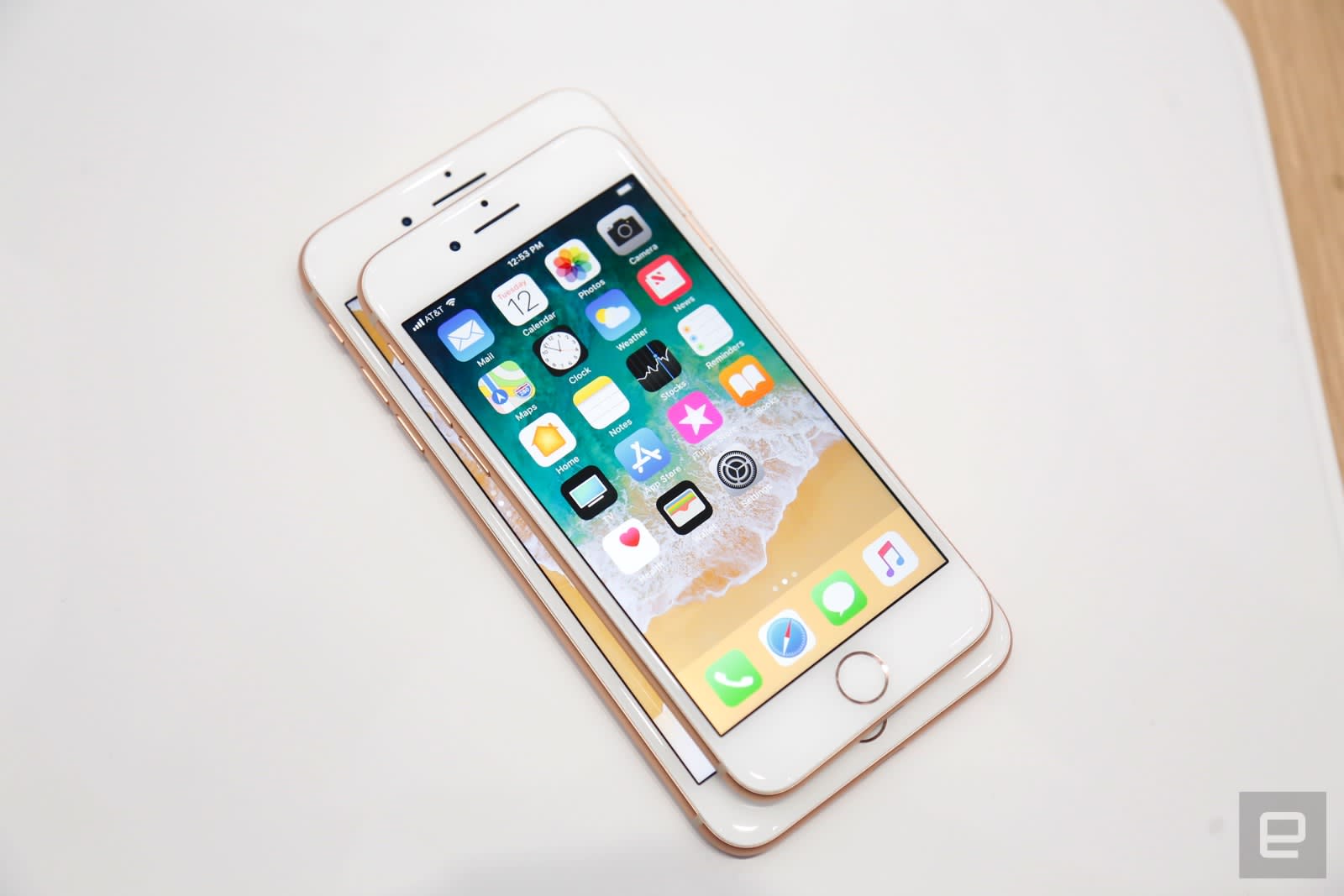 Sprint's initial iPhone 8 offer was fine, but nothing special: you could get half off the price of an 18-month device lease. It's ready to sweeten the pot, however. It just launched an updated promo that gives you a 64GB iPhone 8 for free with a trade-in and an 18-month lease. You still have to hand in a high-end device like one of the iPhone 7 models, a Galaxy S8 or a Galaxy Note 8, so this is more for frequent upgraders or those with a serious case of buyer's remorse. It's better than before, though, and you can apply the $29.17 monthly credit toward the 64GB iPhone 8 Plus if you crave a larger screen.

You'll get the promo if you've already pre-ordered (and qualify), and Sprint is quick to add that it's available to any existing customer who owns a phone on the trade-in list. You'll still get 50 percent off the lease price with a handful of other devices, including older hardware like the iPhone 6, Galaxy S7, G5 or Moto Z Droid.

It's not surprising that Sprint would up the ante for the iPhone 8 launch. The carrier reported its first profit in 3 years during its spring quarter -- it no doubt wants to keep that momentum going by adding as many subscribers as it can. As expensive as it may be for Sprint to eat the costs of your hardware upgrade, it'll likely see that as worthwhile if it lures you away from a rival such as T-Mobile or Verizon.

In this article: apple, carrier, gear, iphone, iphone8, iphone8plus, lease, mobile, smartphone, sprint, wireless
All products recommended by Engadget are selected by our editorial team, independent of our parent company. Some of our stories include affiliate links. If you buy something through one of these links, we may earn an affiliate commission.