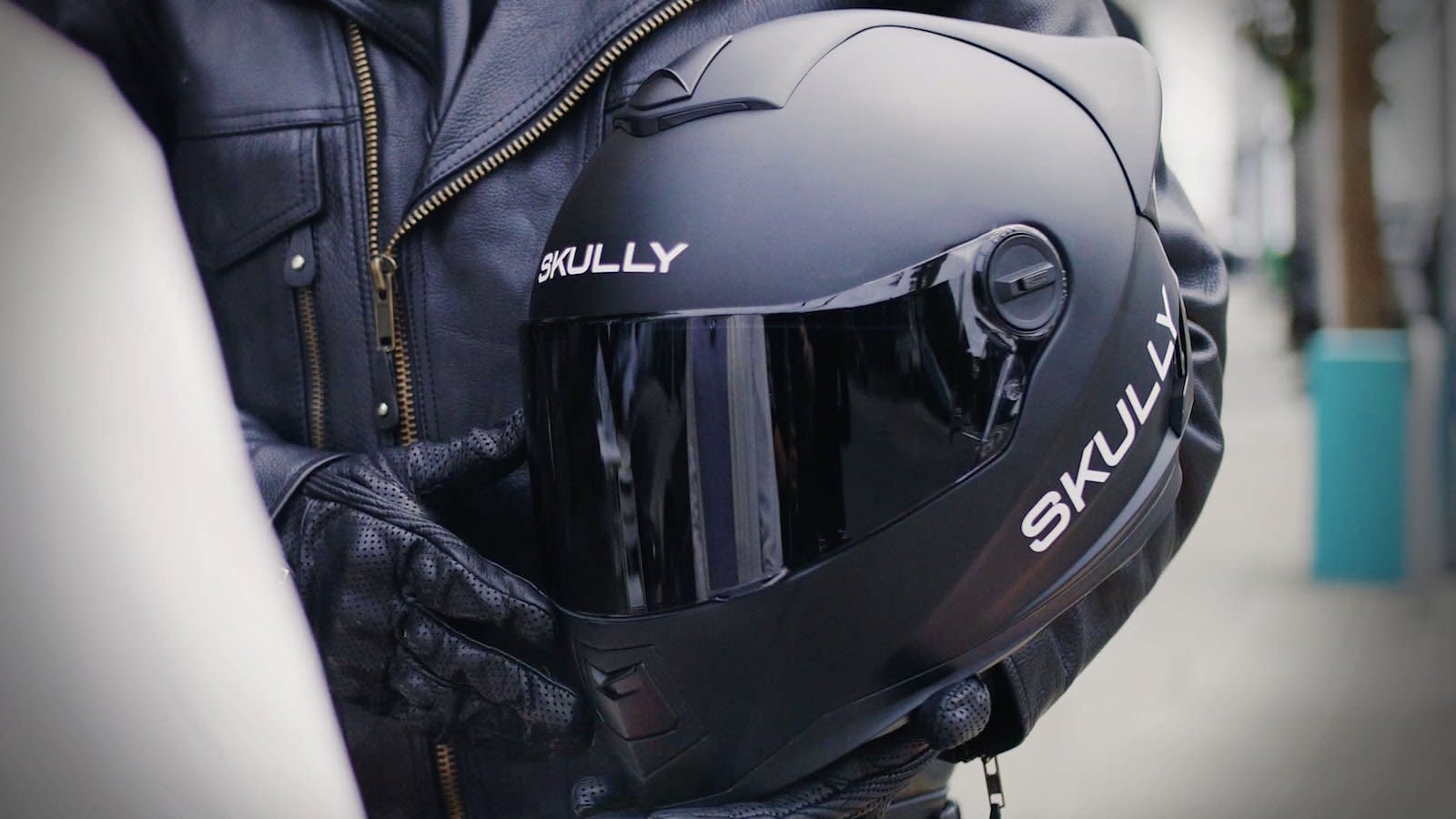 Last year, Skully, the startup that crowdfunded its AR motorcycle helmet, shut down following many delays, mounting financial woes and an attempted sale to LeEco that didn't go through. But TechCrunch got its hands on an email that was sent to those still registered to the Skully email list and it says the original company's technology might not be lost forever.

Skully, Inc. is still dead and gone, but under the helm of co-founders Ivan and Rafael Contreras, a new company -- Skully Technologies -- has formed in its place. In the email, Ivan, the new company's president, said that Skully Technologies would be bringing back the Skully helmet. "We are happy to inform you that the assets of Skully, Inc., have been acquired by Ivan Contreras and Rafael Contreras, successful businessmen in a variety of global turnaround industrial and technology ventures, with the goal of fulfilling Skully's destiny," he said.

The Contreras' iteration of Skully is headquartered in Atlanta. Ivan goes on to vaguely suggest in his letter that those who backed the original helmet may get something for their efforts, but doesn't say in any concrete terms what that might be. "Although Skully Technologies has no formal obligation to the customers of the now defunct Skully, Inc., we recognize that hundreds of Skully helmet enthusiasts around the world have contributed to this product and were understandably disappointed that they never received one. We are determined to make this right."

That last bit also appears on Skully Technology's website, the homepage of which prominently features the phrase "Determined to make it right." How the new company will do that is unclear and it's very possible that it won't at all. Plus, only time will tell whether it can actually get the helmet on the market. But backers of the original Skully can have slightly more hope today than they did yesterday that they might finally get something for their investment.

In this article: ar, bankruptcy, business, gadgetry, gadgets, gear, helmet, leeco, skully
All products recommended by Engadget are selected by our editorial team, independent of our parent company. Some of our stories include affiliate links. If you buy something through one of these links, we may earn an affiliate commission.