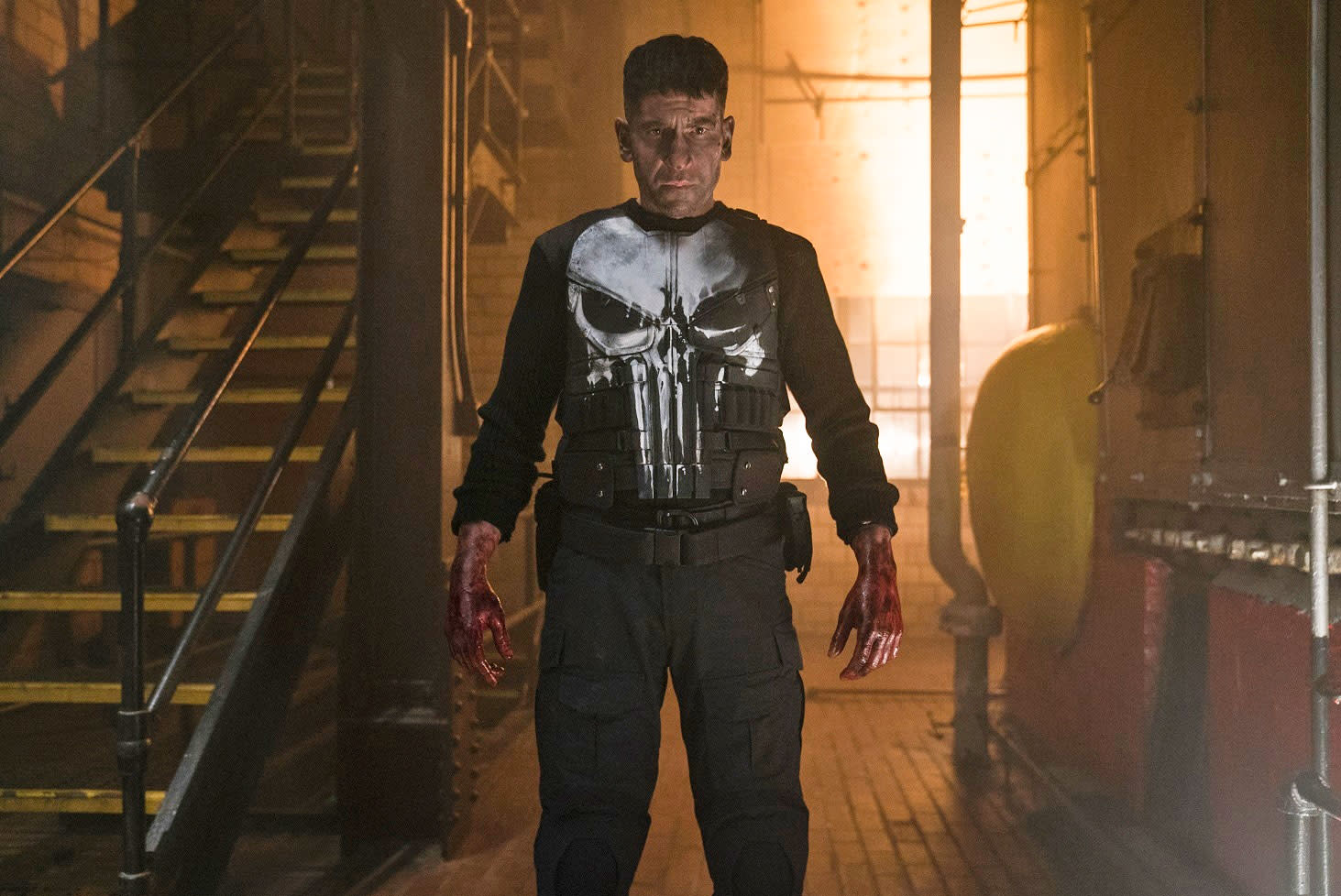 While the second season of Netflix's Daredevil didn't quite measure up to the first, Jon Bernthal's take on antihero The Punisher was a standout addition. The streaming company wasted little time announcing the haunted criminal-killer would get a show of his own, but we've only really gotten teasers. Today, Netflix dropped The Punisher's first full trailer, giving fans a glimpse of a family-friendly Frank Castle before the deaths of his wife and child set him on his criminal-slaughtering path.

At the beginning of Daredevil's second season, viewers met a grizzled, world-weary Punisher eager to wipe crime off the streets with lethal force. Secretary-turned-journalist Karen Page bonded with the occasional antagonist, so it makes sense that she'll appear in The Punisher. Otherwise, the series looks like it's striking out on its own, departing from the tightly-woven Defenders mini-cinematic universe to tell Castle's story.

The trailer portrays Castle tortured over the sins of his past, as his part in black ops CIA missions leads to the deaths of his wife and kid. With no street heroes in his way, it seems like The Punisher will kill his way to the truth. If you wanted a darker take on the antihero with a body count to match, this looks up your alley. Naturally, we still don't have a solid release date, though we know it'll be sometime in 2017, riling up speculation to whether Netflix will drop it early in October or wait til just before Thanksgiving.

In this article: av, entertainment, marvel, mcu, netflix, punisher, thepunisher
All products recommended by Engadget are selected by our editorial team, independent of our parent company. Some of our stories include affiliate links. If you buy something through one of these links, we may earn an affiliate commission.