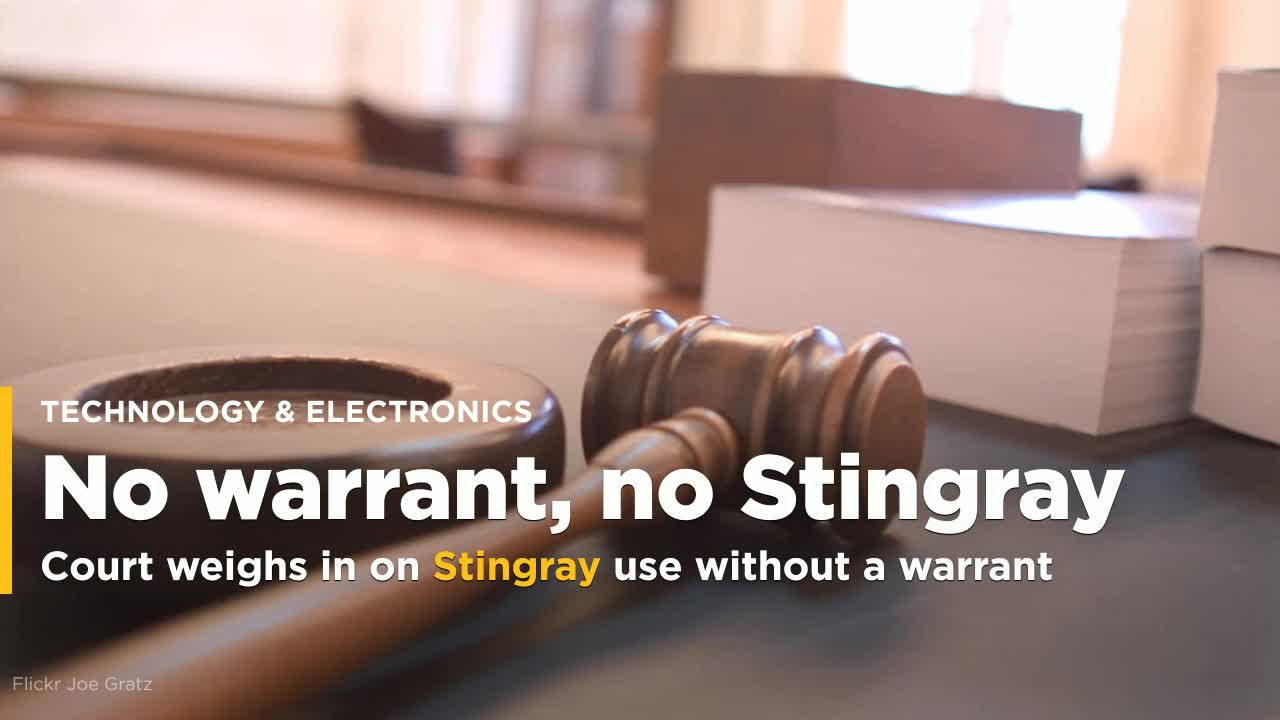 Today, the Washington DC Court of Appeals overturned a Superior Court conviction of a man who was located by police using a cell-site simulator, or Stingray, CBS News reports. The court ruled that the defendant's Fourth Amendment rights were violated when law enforcement tracked down the suspect using his own cell phone without a warrant.

Stingrays work by pretending to be a cell tower and once they're brought close enough to a particular phone, that phone pings a signal off of them. The Stingray then grabs onto that signal and allows whoever's using it to locate the phone in question. These sorts of devices are used by a number of different agencies including the FBI, ICE, the IRS as well as police officers.

The use of cell-site simulators, especially without a warrant, has come under question a few times in recent years. In 2016, a federal judge suppressed DEA evidence obtained via such a device, the first time a federal judge had done so. Last year, members of Congress called for legislation that would protect citizens' privacy and require a warrant before Stingrays could be used by law enforcement. Two such bills were introduced in the House of Representatives earlier this year.

In the ruling, the judges said, "We thus conclude that under ordinary circumstances, the use of a cell-site simulator to locate a person through his or her cellphone invades the person's actual, legitimate, and reasonable expectation of privacy in his or her location information and is a search." They also said, "We agree with [the defendant] that the government violated the Fourth Amendment when it deployed the cell-site simulator against him without first obtaining a warrant based on probable cause."

The ruling could affect ongoing and future cases as well as law enforcement's use of the technology.