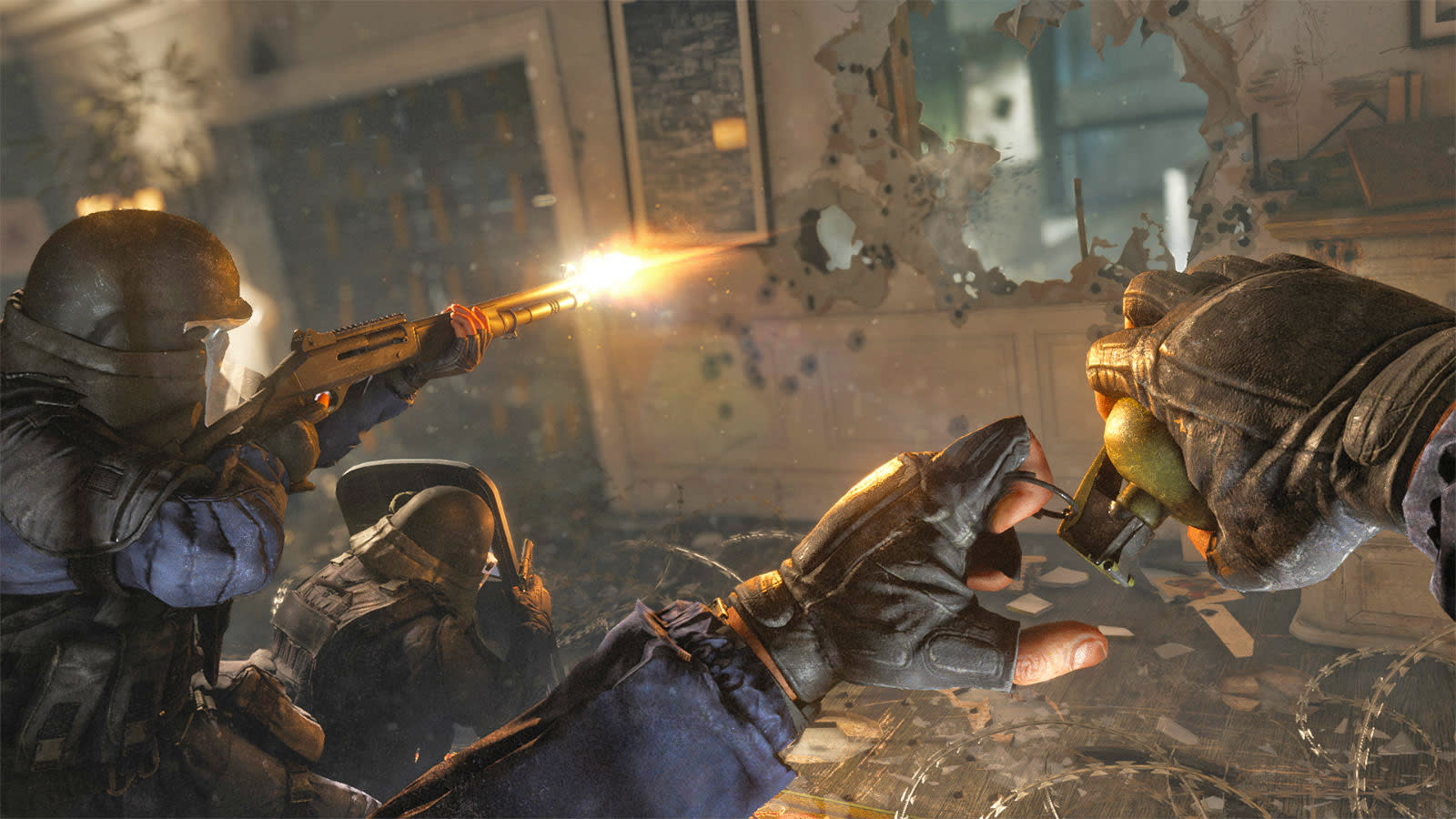 With more than 20 million players, it's safe to say that Rainbow Six Siege is still going strong. But, a new console crashing bug could put a damper on the good times for fans of the tactical shooter. At least on PS4, anyway. Gamers have been tweeting about the issue since the release of the title's latest patch, and Ubisoft has confirmed it is looking into it. For the time being, though, it doesn't have a fix. "Players have reported a crashing issue regarding the party invitation. We are cooperating with Sony on this issue and would advise you to not use this feature until a resolution is found," the developer said in a statement on its support site.

The patch has brought with it a strange bug that crashes PS4 consoles whenever players try to use the game's social features. For now, your best bet is to either avoid downloading the patch altogether, or to steer clear of the in-game friends list and party invites. That's definitely going to sting, seeing as online multiplayer and co-operative gameplay is the best thing about the latest Rainbow Six. But, if you don't want to suffer repeat console crashes (which can lead to hard drive corruption) then just wait it out. Ubisoft advises keeping track of the game's Twitter account for all the latest updates. PC and Xbox users, on the other hand, have not reported an issue with the patch.

We're aware of the friends list and crashing issues on PS4 and we are working with Sony to resolve them. https://t.co/fnrWKJpAtg

Kotaku is also reporting that Reddit users have spotted a number of game-breaking exploits on several ranked maps. They include Oregon, Clubhouse, Coastline and Kafe, among others. Players have noted a bunch of glitches, such as instances where they've fallen through the map. Some gamers also mentioned frustrating lag issues, and there's talk of unbalanced characters (in particular the game's newest character Ela is being described as overpowered). Again, Ubisoft claims it is aware of these issues, and is working on a fix.

Update: In a new statement, Ubisoft says Sony Interactive Entertainment has fixed the issue: "For users who may have experienced system crashes related to Tom Clancy's Rainbow Six Siege, SIE has addressed the issue and impacted users should restart their PS4. If problems persist, please contact @AskPlayStation." In a Reddit post from Thursday, the developer added it is activating a 50% Renown Bonus Event for the next 24 hours.

In this article: av, bug, gaming, patch, Playstation4, RainbowSix, rainbowsixsiege, Ubisoft
All products recommended by Engadget are selected by our editorial team, independent of our parent company. Some of our stories include affiliate links. If you buy something through one of these links, we may earn an affiliate commission.