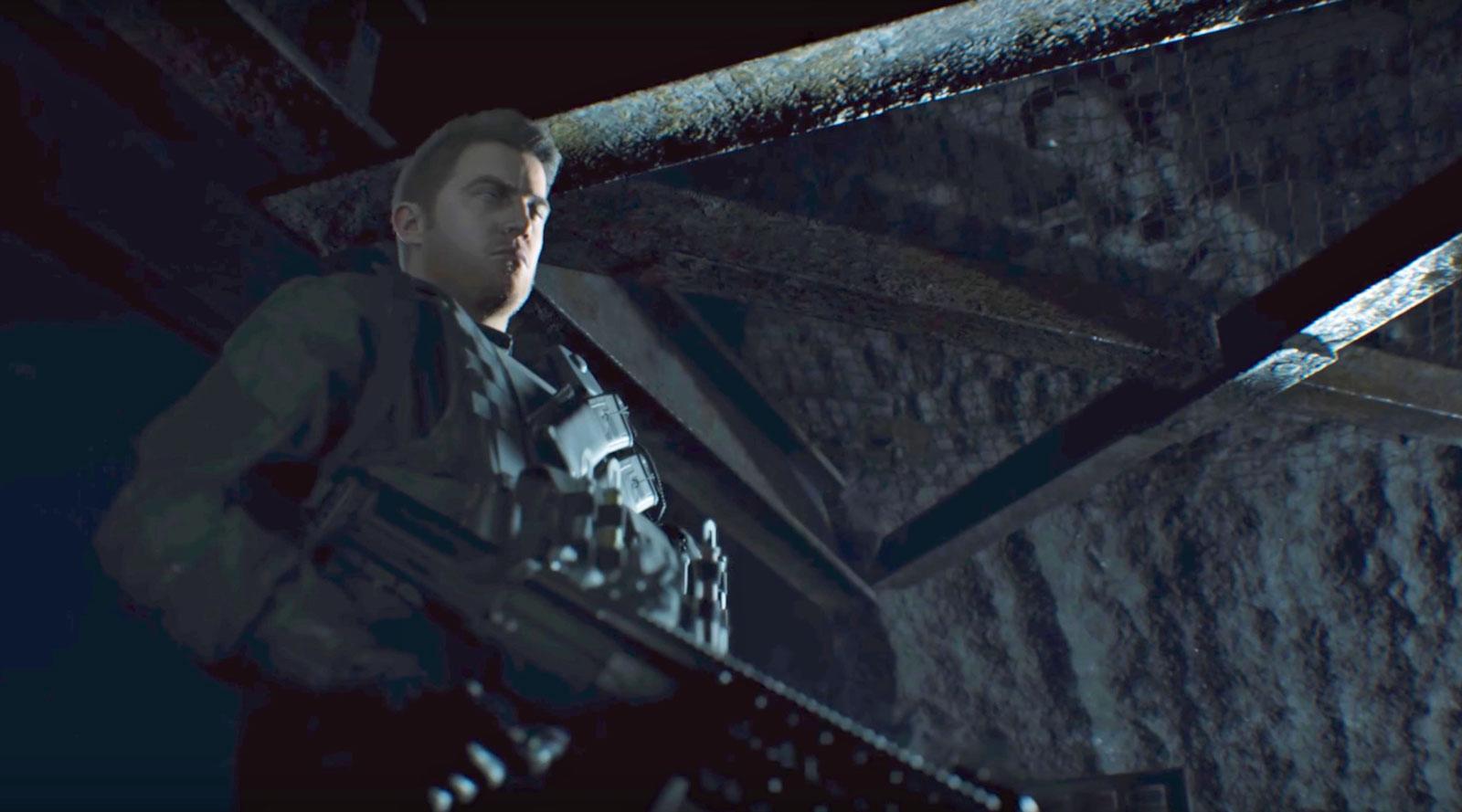 Chris Redfield has had a long and storied career as the fictitious protagonist in many installments of Capcom's Resident Evil video game series. The Raccoon City policeman starred, along with partner Jill Valentine, in the original 1996 game, and has appeared as a major character in Resident Evil Code: Veronica, Resident Evil: The Umbrella Chronicles, Resident Evil 5 and Resident Evil: Revelations. He also has a cameo in the latest installment, Resident Evil 7: biohazard, and will show up in the free, downloadable expansion Not A Hero, this December 12th. A new gameplay trailer, just released at the Tokyo Game Show, shows off a bit more of his role in the upcoming release.

The video starts off with Redfield suiting up in a mining cave, ostensibly to find three men from a missing unit. He makes note of a massive "shield machine" before heading further into the mine. He soon finds one of the missing men in a cell, then runs off to find a key. As this is a Resident Evil game, Redfield finally runs across some zombies, which he dispatches quickly via grenade, a punch to the face, and a pistol. The gory visuals continue as he blasts his way through the mine, killing toothy, stringy monsters along the way. The final boss is a bloated, gross, massive beast who spills guts and gore all over Redfield, who says, "just another monster."

The gameplay in the trailer seems sort of flat to me, to be honest, but the visuals are gorgeous, with tons of shadows and high-res zombie attacks. If you don't want to wait until December, Resident Evil 7: biohazard is available now for Xbox One, PlayStation 4 and PC.

In this article: av, capcom, chrisredfield, dlc, free, gaming, re7, ResidentEvil, residentevil7, trailer, video
All products recommended by Engadget are selected by our editorial team, independent of our parent company. Some of our stories include affiliate links. If you buy something through one of these links, we may earn an affiliate commission.