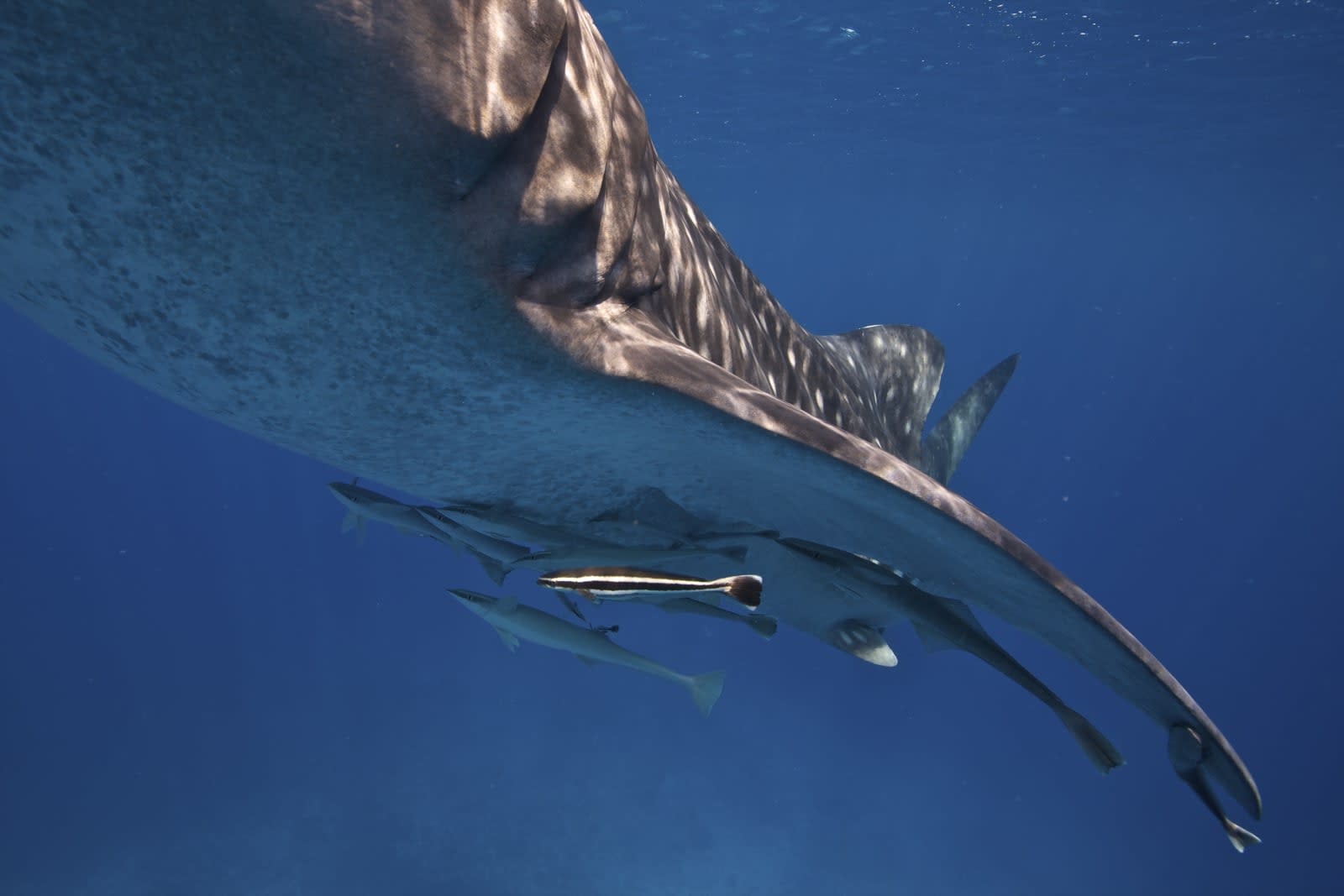 Tracking sharks and dolphins in order to study their habits is tough. Doing so requires researchers to attach some sort of sensor or robot to the animal, but it has to be able to stay on underwater and withstand fast swimming speeds as well as twists, turns and bends. So far, that's been hard to accomplish. But researchers at Beihang University, Harvard University and Boston College have developed a robot that hang on to slick skin underwater and withstand high speeds and sharp movements. They did so by modeling it after an animal that does those things naturally -- the remora. Their work was published this week in Science Robotics.

The remora is a fish that that has a large sucker-like fin that it uses to hang onto sharks and dolphins while it picks up food scraps from its host and seeks protection from predators. It can remain attached to the marine animals even at top swimming speeds and with dolphins, can hang on even when they jump out of the water and spin around.

The research team designed their robot in the functional image of the remora's fin. It has a softer, large suction pad as well as hundreds of small, rigid spines arranged in rows that mimic those found in the remora. The remora can change the position of those tiny spines in order to maintain adequate friction, a design that the research team incorporated into its model.

When tested, the suction disc was able to hang on to a variety of smooth and rough surfaces under water, including real shark skin. You can watch it in action here. Outside of the water (check out the video here) it also attached to glass, wood, a box of apple juice and a smartphone and was able to withstand twists and turns without detaching. The next step is to test in on real sharks or dolphins.

Overall, it stands to become a very useful tool in the study of underwater creatures. You can check out New Scientist's video about the research below.

In this article: dolphin, gadgetry, gadgets, gear, research, robots, sharks, tracking, video
All products recommended by Engadget are selected by our editorial team, independent of our parent company. Some of our stories include affiliate links. If you buy something through one of these links, we may earn an affiliate commission.