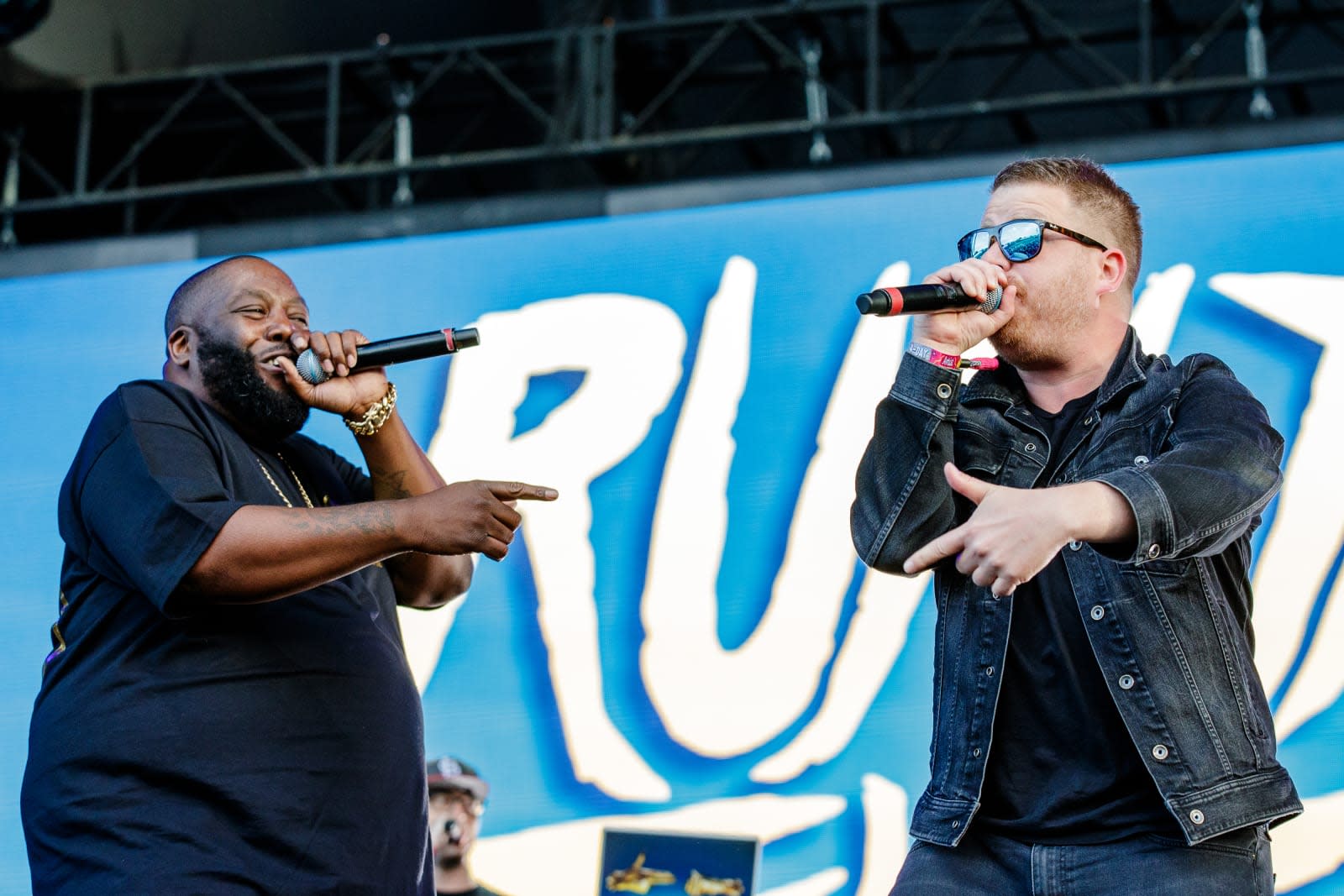 Killer Mike and El-P, collectively known as Run the Jewels, are no strangers to video games. Previously they appeared in Gears of War 4 as multiplayer characters, and now the duo are lending their talents to FIFA 18. Or, at least, their iconography. You can outfit your virtual footballer in kit featuring the group's trademark fist and gun logo on a teal jersey reminiscent of the album art for Run the Jewels 3, and there's also a black variant. More than that, the soundtrack features and exclusive track from the group, "Mean Demeanor."

Now, this isn't the first time RTJ has graced a game from EA ("Blockbuster Night Part 2" was in Battlefield: Hardline), but FIFA soundtracks are a bit different, hitting a huge audience around the world. More people probably are probably familiar with Blur's "Song 2' thanks to FIFA '98 than other means, for example. If this keeps up, the RTJ's "Call Ticketron" dreams of playing at Madison Square Garden might come true next tour.

In this article: av, elp, fifa, fifa18, gaming, gearsofwar, gearsofwar4, jersey, killermike, runthejewels, soundtrack
All products recommended by Engadget are selected by our editorial team, independent of our parent company. Some of our stories include affiliate links. If you buy something through one of these links, we may earn an affiliate commission.