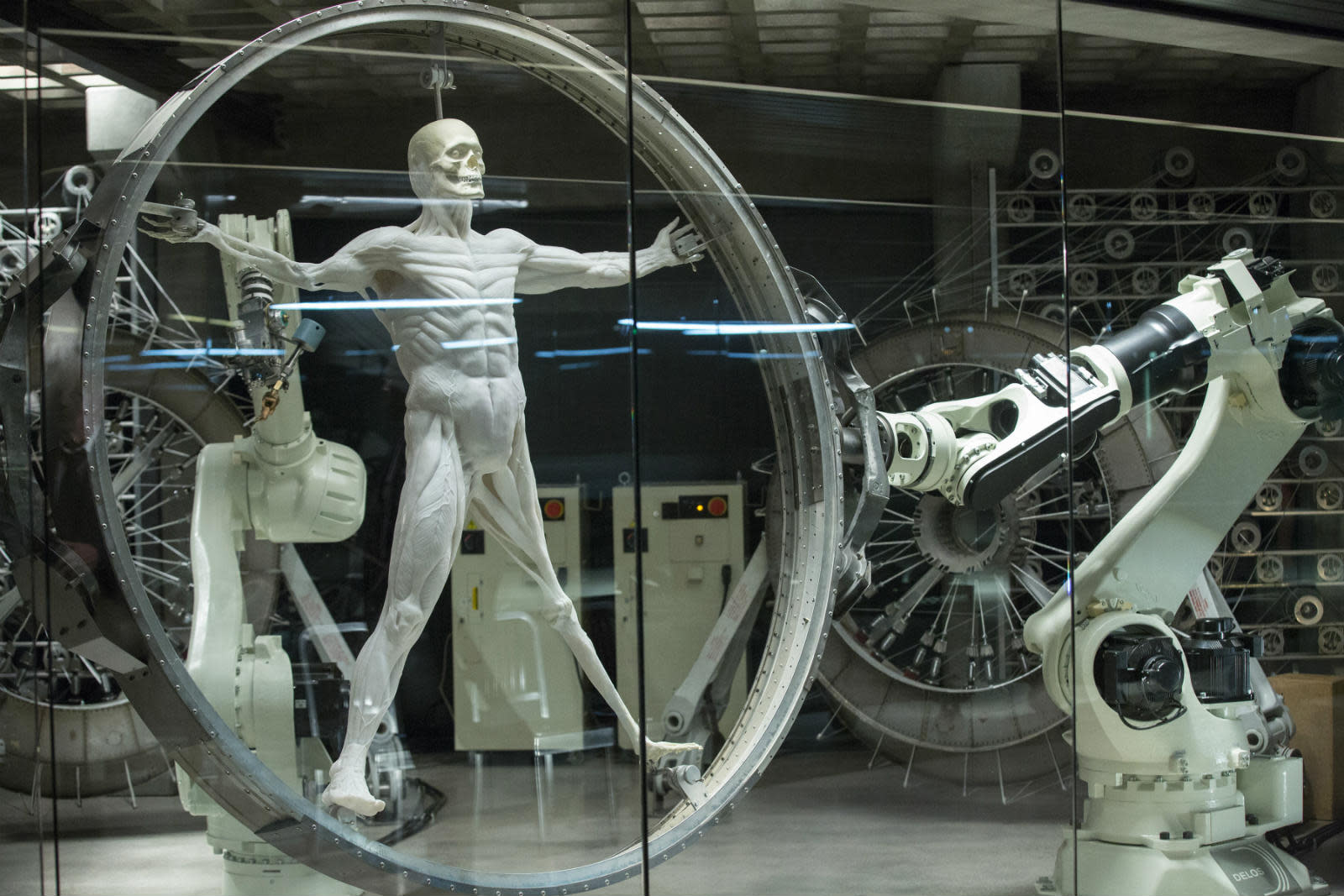 A breakthrough in soft robotics means scientists are now one step closer to creating lifelike machines. Researchers at Columbia Engineering have developed a 3D printed synthetic tissue that can act as active muscle. The material, which can push, pull, bend, and twist (thanks to its use of silicone rubber and ethanol-dispensing micro-bubbles) is also capable of carrying 1,000 times its own weight. Not only could the invention result in super-strong machines (like a Terminator that works in manufacturing), but it will also release soft robots from their current shackles.

You see, synthetic muscle tech is presently reliant on tethered external compressors or high voltage equipment. But, robots fitted with this new tissue could theoretically be freed up to move around like humans, enabling them to better grip and pick up objects. Which is a big deal, because the plan is to eventually get these bots to help with non-invasive surgeries and to care for the elderly -- among other tasks.

The researchers are touting the material as the first synthetic muscle that can withstand both high-actuation stress and high strain. "We've been making great strides toward making robots minds, but robot bodies are still primitive," said lead scientist Hod Lipson. "This is a big piece of the puzzle and, like biology, the new actuator can be shaped and reshaped a thousand ways. We've overcome one of the final barriers to making lifelike robots."

After 3D printing it into the desired shape, the team electrically actuated the artificial muscle using a thin resistive wire and low-power (8V). They then tested it in a variety of robotic applications, where it demonstrated significant expansion-contraction ability. The researchers claim the synthetic tissue is also capable of expanding up to 900 percent when electrically heated to 80°C.

Building on their initial findings, the team plans to incorporate conductive materials to replace the need for the connecting wire. Further down the line, they intend to combine it with artificial intelligence that can learn to control the muscle, resulting in (they hope) "natural" movement.

In this article: ArtificialMuscle, ColumbiaUniversity, robot, robotics, robots, SoftRobot, softrobotics, softrobots, synthetic, tomorrow, hidden:vv_3x4:56911114-7f6f-315b-80fb-7346f9a672af, hidden:vv_16x09:cd5f85e8-b491-32fe-a5a7-1475f6017a45
All products recommended by Engadget are selected by our editorial team, independent of our parent company. Some of our stories include affiliate links. If you buy something through one of these links, we may earn an affiliate commission.