It's thought to be a world first.

Drones are becoming an important part of the emergency services. Police are using them to search for missing people, while fire departments test them as a tool to survey dangerous sites. Until now, however, we haven't seen or heard about them being used by the coastguard. That all changes today, however, as a lifeboat service in Norfolk, England, has started using them in open water. As the BBC reports, they're equipped with cameras that can live-stream footage to monitors inside the boat. They could prove useful in choppy conditions when the crew can't see above the waves.

"Normally you're at sea level trying to look out from the lifeboat," Peter King, a drone expert helping the lifeboat team told the BBC. "The swell is above the boat so you have to wait until you're on the crest of a wave, and they might be in a trough. They might be 20 meters away and you still can't find them." In treacherous weather, some lifeboat crews can use helicopters for search and rescue. Drones, of course, are a cheaper alternative, though their size makes them susceptible to strong winds. 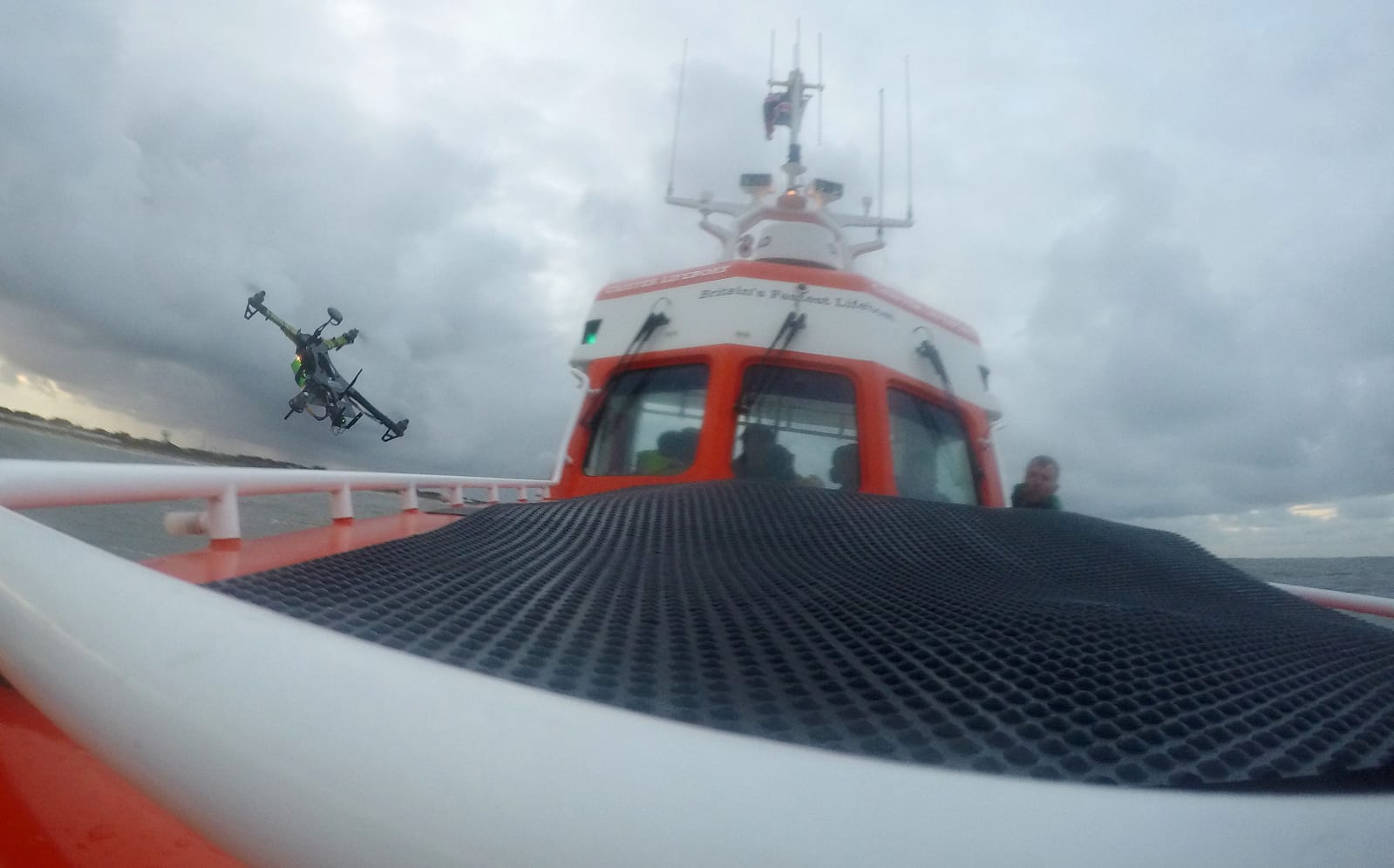 The drones are currently in a testing phase. According to the BBC, the lifeboat crew is in discussion with the Civil Aviation Authority (CAA) about using them full-time in the ocean. At the moment, UK laws require that every pilot keep direct, unaided visual contact with their drone. That roughly equates to 400 feet (122 metres) vertically and 500 metres horizontally. In the water, however, there are times when the team might want to fly the drones further out. "In the past," King told the BBC, "there have been instances where we have been unsuccessful when searching for someone in need of help. Perhaps if we had been equipped with the drone technology, these searches would have had a positive outcome."