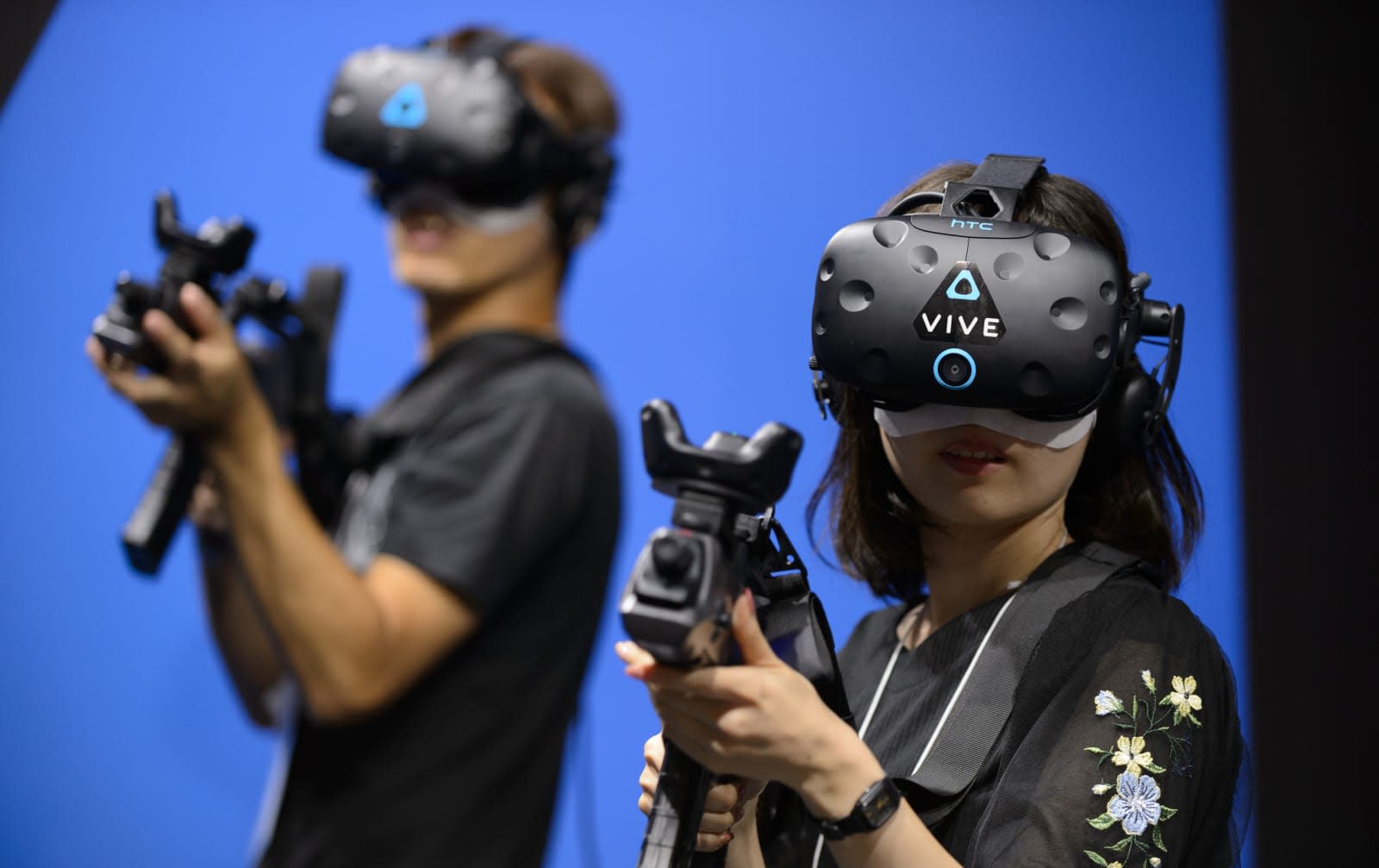 Now that HTC is all-in on Vive headsets and letting Google deal with its Pixel smartphone business, it has to deal with another reality: The public still isn't exactly sold on VR. To keep sales momentum going, it has announced a promotion aimed at attracting Vive app developers and keeping existing ones happy. Rather than taking its usual 30 percent cut, HTC will give 100 percent of app revenue to developers for the entire fourth quarter of 2017, starting in October.

The developer promotion will end on December 31st, HTC says. It's hard to say how much revenue apps could generate during that time, as HTC keeps such info under wraps. It's no doubt hoping that developers will lower their prices a bit, in turn driving hardware sales. "The holiday is the most important time for developers, and we want to show our appreciation for them," HTC Viveport VR's Rikard Steiber told Venture Beat.

The Vive VR headset was one of HTC's lone financial bright spots last year, and the company recently said sales are still going just fine. Nevertheless, it's reportedly being outsold by the PlayStation VR, probably because Sony's PS4 brand is much better known by the gaming public. As such, Sony has arguably the best VR games for its platforms as developers go where the money is.

HTC is banking on the social experience of VR Arcades (credit: ©HLenie)

HTC will also share more hourly revenue with VR arcade operators, giving them 70 percent instead of 50 percent as before. The company's Viveport Arcade system, its licensing platform enabling titles to be played in public spaces, is in trial with 700 titles and 50 operators around the globe.

The Taiwanese firm also unveiled the Viveport Scene SDK that lets developers create new effects to entice potential buyers to try out apps or games. Developers can also build "VR Previews," or movies that run on Vive headsets to show customers what a game is like to play.

HTC recently launched a monthly $6.99 subscription service, and unveiled a new standalone headset that works via the cloud rather than a PC (in China only for now). Now that it has an extra billion in the bank, it's trying a lot of things to push the Vive platform out to more consumers, and the next year or two will crucial for the Vive and VR in general.

In this article: Apps, Developers, gear, Holidays, htc, Revenue, Sharing, Vive, wearables
All products recommended by Engadget are selected by our editorial team, independent of our parent company. Some of our stories include affiliate links. If you buy something through one of these links, we may earn an affiliate commission.