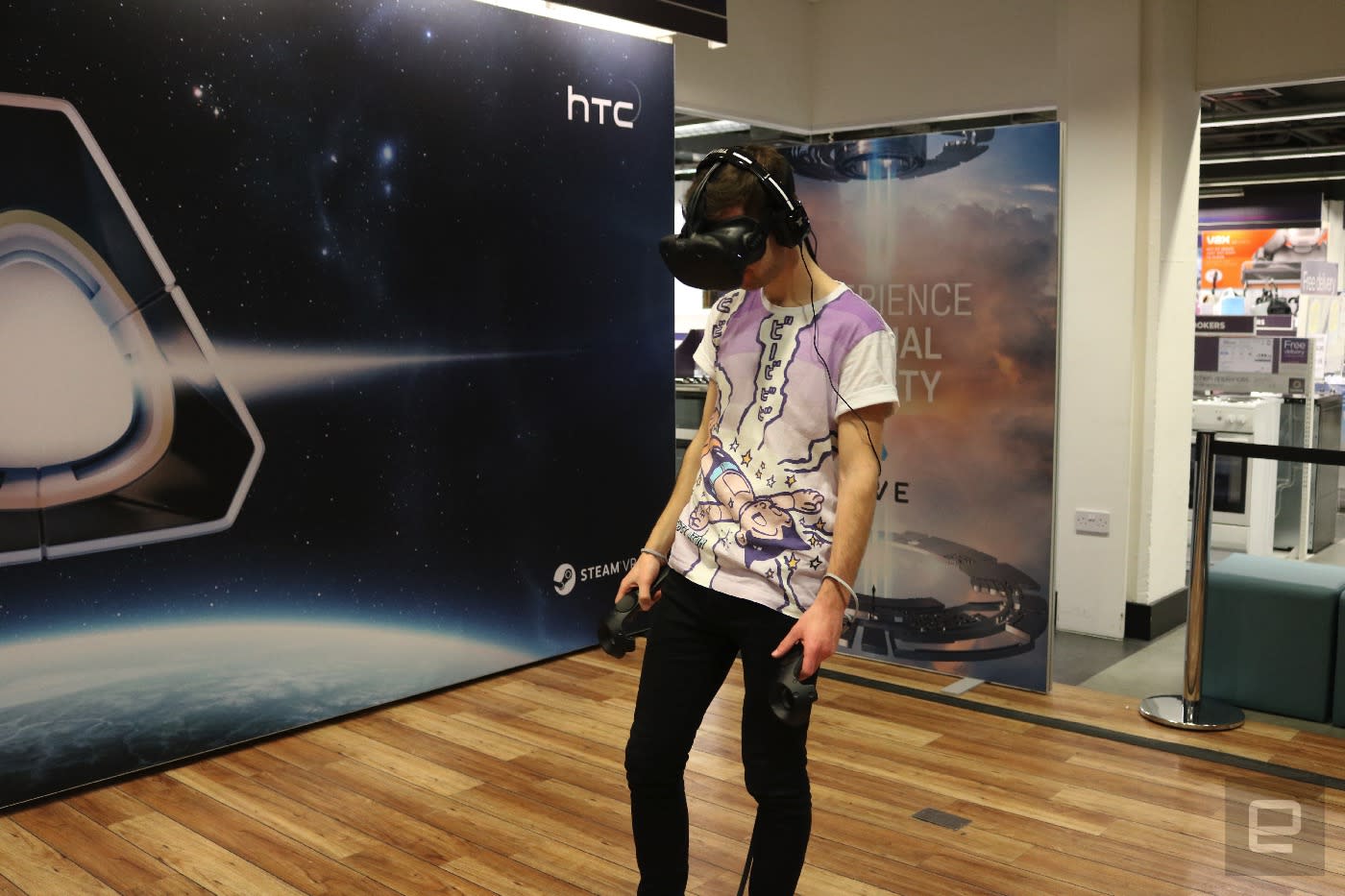 HTC's high-end VR gear is expensive and takes up a fair amount of space that most people simply don't have. That's why the company is hoping to bring back the old-fashioned arcade in the hope of giving more people access to the future of gaming. At a VR developer conference, HTC announced that two popular titles are coming to Viveport Arcade, it's licensing platform enabling titles to be played in public spaces. It's hoped that the program will pave the way for businesses to create "thousands" of new arcades by the end of 2017.

The two big titles that have been added to the platform are The Brookhaven Experiment and Everest VR. The former is a zombie survivor game that our Devindra Hardawar called "the most terrifying VR experience I've had yet." The latter, meanwhile lets un-athletic types scale the world's tallest mountain from the comfort of sea level or thereabouts.

HTC is basing its assault on the real world in China and Taiwan, allowing shopping malls, theaters, internet cafes and arcades develop VR experiences. The Verge reports that the company will also spread its wings out in the US and Europe shortly afterwards in the hope of spreading the gospel far and wide. It makes plenty of sense, since a couple of bucks makes more financial sense if you're not yet sold on the standard. Hell, if a UK retailer can charge £5 ($6.22) just for would-be customers to try PlayStation VR for 10 minutes, then HTC's clearly onto something.

Update: Valve is also doing its part to help HTC Vive's plans, and is widening its licensing for various titles including Job Simulator and Portal Stories.

In this article: Arcade, av, BrookhavenExperiment, EverestVR, gaming, htc, HTCVive, Vive, Viveport, ViveportArcade, VR
All products recommended by Engadget are selected by our editorial team, independent of our parent company. Some of our stories include affiliate links. If you buy something through one of these links, we may earn an affiliate commission.