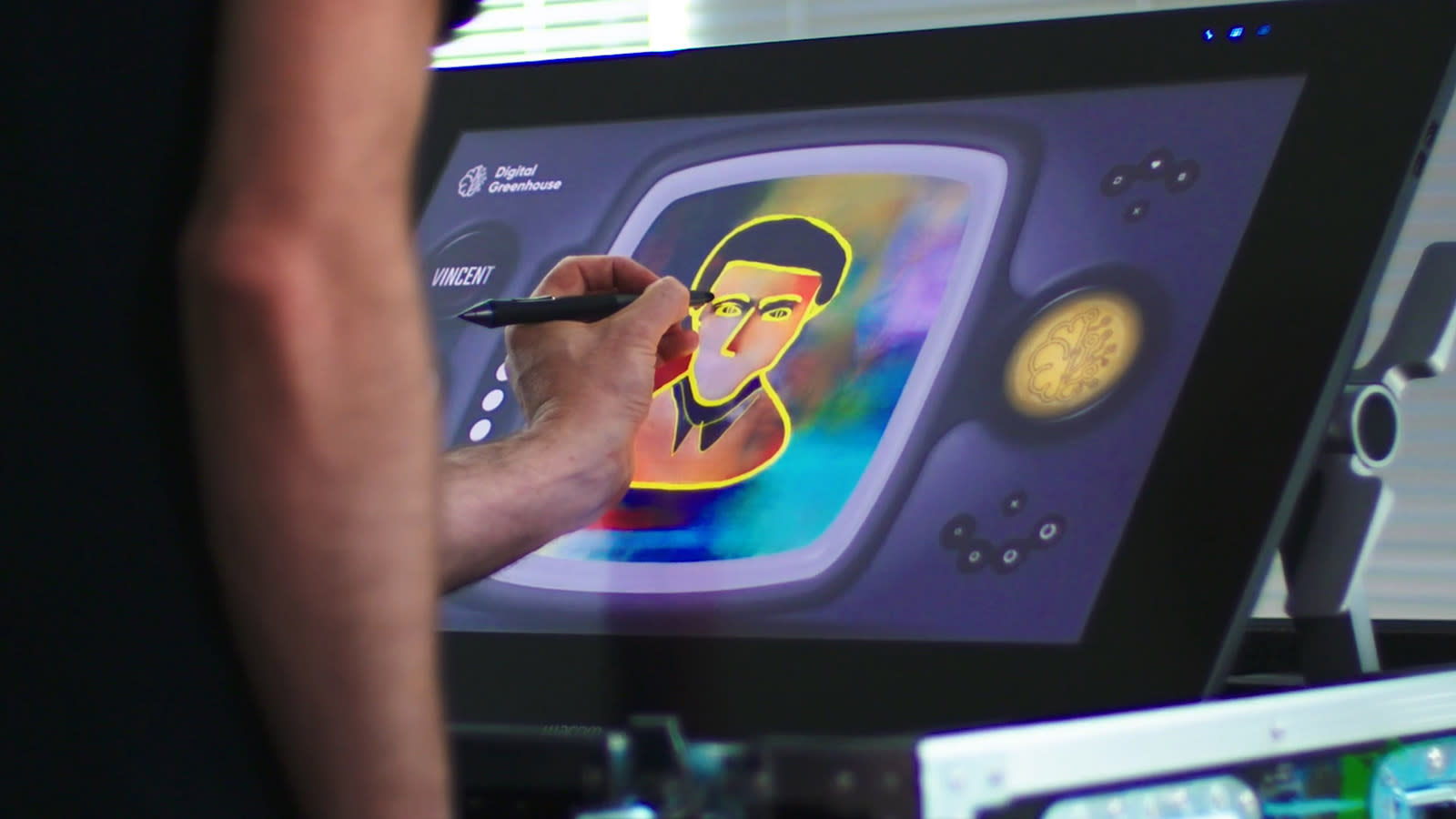 Prisma made AI art style transfer fun for the masses, but a new machine learning app has much bigger ambitions. Applying its vast knowledge of art from the Renaissance to today, "Vincent" can take your simple sketch and transform it a finished painting influenced by Van Gogh, Cézanne and Picasso. "We're exploring completely uncharted territory –- much of what makes Vincent tick was not known to the machine learning community just a year ago," said Cambridge Consultants Machine Learning Director Monty Barlow.

"By successfully combining different machine learning approaches ... we've created something hugely interactive, taking the germ of a sketched idea and allowing the history of human art to run with it," said Barlow.

The idea was to teach it where color, contrast and texture tend to change, so that it can figure out what the outlines of your sketches mean and successfully fill them in. To use it, you just draw directly on the screen using a stylus, and Vincent will interpret the lines and fill in the rest. "Unlike typical machine learning approaches which simply use mathematics to generate approximations of art, Vincent is able to take the human input given and produce a relevant, finished artwork," the company explains.

Judging by the demo in the above video, the artist can then further refine the piece after Vincent has done a pass, and the AI will incorporate the changes. It's more successful with some sketches than others, but in one case transformed a simple criss-cross sketch into something that truly resembles a Kandinsky abstract.

The multi-AI approach can be applied to more than just art, Cambridge Consultant believes, holding promise for autonomous vehicles, digital security and other areas that need sophisticated imaging. "What we've built would have been unthinkable to the original deep learning pioneers," said Barlow.

In this article: AI, art, CambridgeConsultants, Cezanne, gear, MachineLearning, Paintings, Picasso, robots, StyleTransfer, VanGogh, Vincent
All products recommended by Engadget are selected by our editorial team, independent of our parent company. Some of our stories include affiliate links. If you buy something through one of these links, we may earn an affiliate commission.