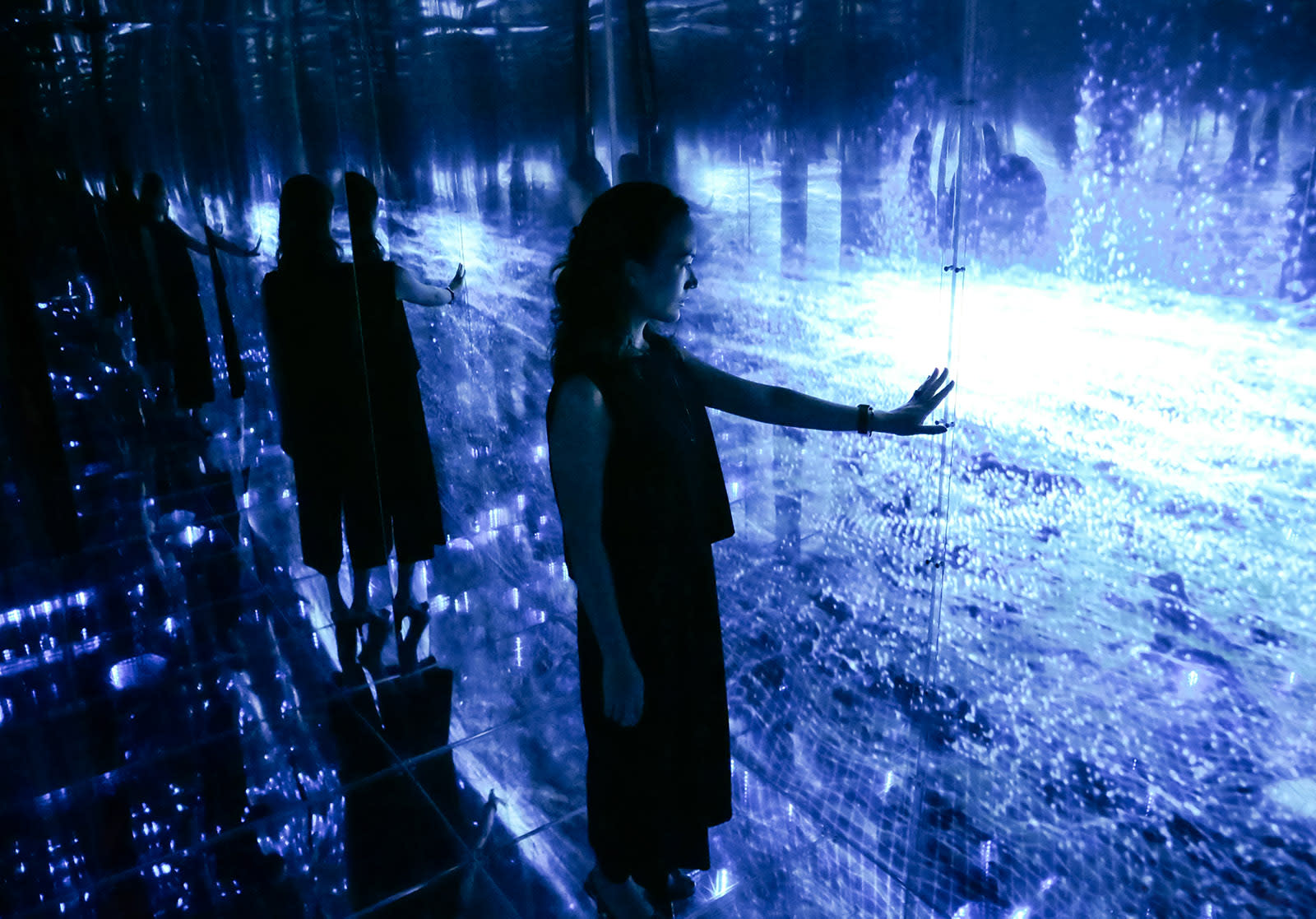 Cassini's life passes before its eyes in NY art exhibition

Cassini became a cultural touchstone not just because it was a useful and productive space probe, but because it completed a classic hero's journey. So it's fitting that an art exhibition presented by the WOW visual design studio at HGPRP Gallery in New York City celebrates the life of the probe not in technical, but abstract terms. "It's been said, just before a person dies their life's biggest moments flash before their eye," WOW writes. "Fleeting moments and flashbacks allow viewers to celebrate 20 years of Cassini's achievements in a very personal, non-linear, stylized exhibition."

Conceptualized by WOW designer Tyler Bowers and done with the collaboration of artist Gabriel Pulecio, the exhibition features a series of abstract images meant to evoke Cassini's narrative. All of that is enhanced by Pulecio's trippy signature "infinity mirrors" and a music-scape by composer Jeff Dodson that includes the sounds of violent lightning storms on Saturn recorded by Cassini.

Recalling Cassini's life, it's easy to understand why we see it almost as person rather than a device. It departed Earth in a dramatic night launch aboard a Titan IVB/Centaur rocket on October 15th, 1997, and circled the Sun twice to pickup speed, visiting Venus and Earth again on the way. It received a final gravitational boost from Jupiter before arriving at Saturn on July 1st, 2004.

Over the next five years, Cassini dropped the probe Huygens on the surface of Titan, discovered an atmosphere and ice plumes on the moon Enceladus, made close passes to Titan numerous times and captured the best images, by far, of Saturn and its rings. After its mission "ended" in 2009, Cassini got funding for its third act, the "Solstice" mission, and completed an additional 155 orbits.

WOW is based in Japan, and having done a project for the Japanese Space Agency (JAXA), Bowers thought about doing something for the Cassini Grand Finale. "This got me thinking ... themes of a hero's death, or in Japanese culture a samarai death called "suppuku" came to mind," he told Engadget. "I wanted to personify the mission and create an experience of life flashing before it's eyes as it begins to disintegrate in the atmosphere of Saturn. This allows the viewers to feel something special which would be difficult to achieve with normal linear filmmaking."

Though done in the abstract, WOW captured many of those highlights, like the flyby of Venus, the plumes of Enceladus and encounters with its moons. Some of the pieces, like the infinite hectagonal tiles that follow the user, appear to be based on Pulecio's previous Tiles of Virtual Space exhibition. Highlights are shown in the video above and another here.

Cassini was programmed to crash into Saturn at over 77,000 mph in a "Grand Finale," so as not to corrupt the moons with any microscopic life that may have hitched aboard from Earth. Much of the exhibition, particularly the title image, captures the chaos of its final moments after so much steady service. Even that wasn't quite the end, though. Part of Cassini -- its final radio signals -- arrived on Earth some 83 minutes after its death. "Who knows how many PhD theses are in that data," said JPL Cassini Director Mike Watkins.

Beyond Cassini is still playing at the HPGRP Gallery, but just until Wednesday, September 27th. So if you're going to catch it, now's the time.