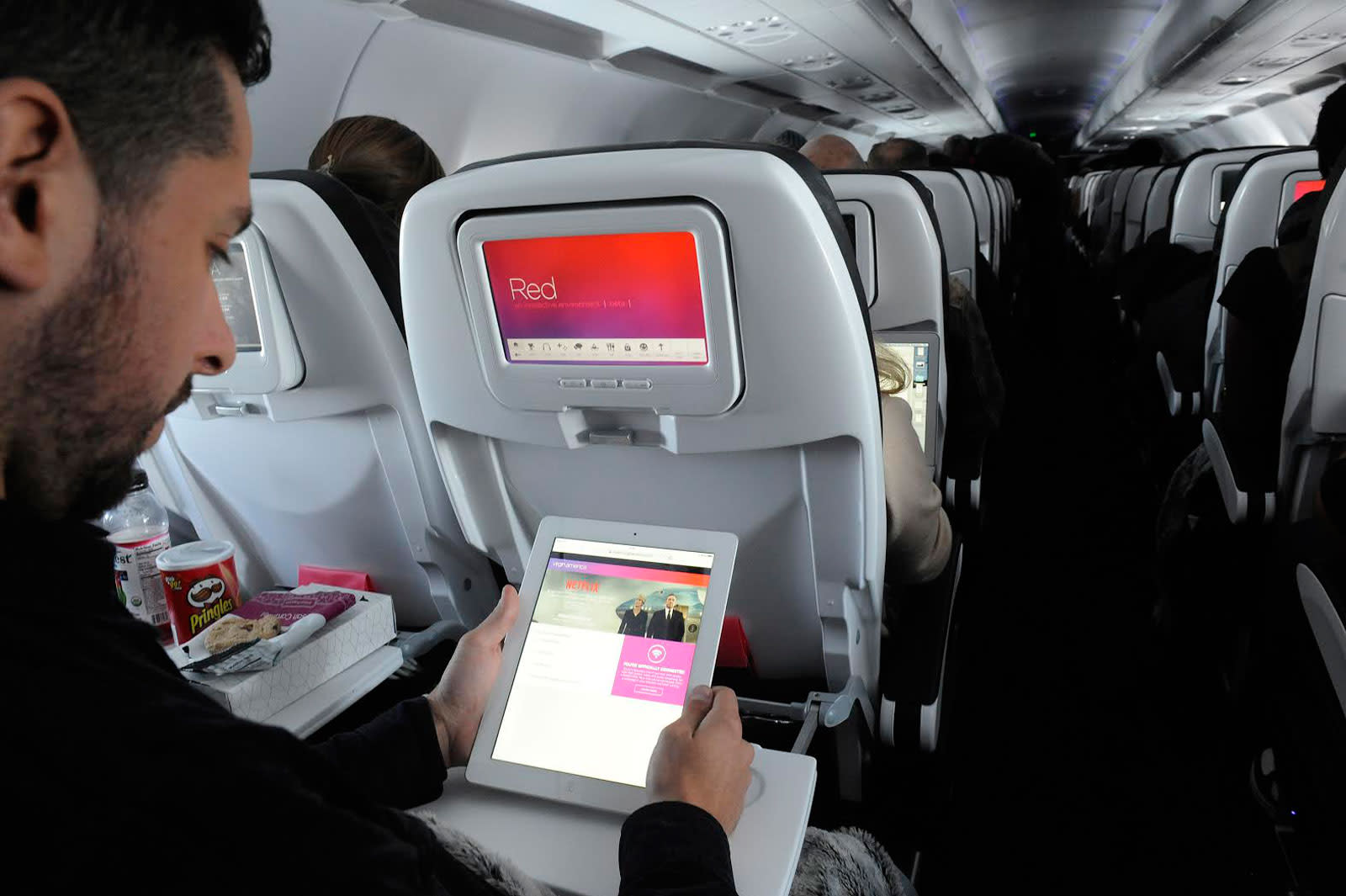 Netflix's in-flight streaming is available through a few carriers around the world, but it's far from a staple of air travel. More often than not, technological limitations will force you to download that new show before you leave home. It could be far more common going forward, though. Netflix is launching an initiative that will use its mobile device encoding technology to make Netflix accessible on aircraft that either have many passengers or don't always have the luxury of fast satellite internet access.

As you might have already surmised, mobile encoding uses far less bandwidth than what you get on the desktop. A "DVD quality" stream uses just 250Kbps, for instance. You won't confuse that with a 4K HDR stream at home, but it's good enough for a tablet sitting on your tray. And importantly, it won't clog an aircraft's WiFi network. You'd still need cutting-edge satellite internet to serve a large volume of passengers, but it beats having to limit access to just a few people or none at all.

Partnerships with airlines should kick off sometime in early 2018. Netflix isn't naming specific allies, but it's safe to say that this opens the door to carriers that couldn't even consider the idea before. The big question is whether or not it'll work as well in practice as it does in theory. This could be great for avoiding the mediocre movie and TV selections you frequently find on airlines, but it won't help much if it renders airborne WiFi unusable the moment there's a new Stranger Things season.

In this article: airlines, entertainment, gear, in-flight, internet, netflix, services, streaming, transportation
All products recommended by Engadget are selected by our editorial team, independent of our parent company. Some of our stories include affiliate links. If you buy something through one of these links, we may earn an affiliate commission.