Earlier this year, we discussed how Levi's was working on a smart jacket in connection with the Google Advanced Technology and Products group's Project Jacquard. Now, after much anticipation, the jacket is ready and will be available on Levi.com (and in some Levi's stores) on October 2nd. If you're really eager to take a look, you'll find it in some boutiques on Wednesday. It will set you back $350.

The question is whether this jacket is really worth the cost -- after all, that's a lot for denim. The key for the Levi's Commuter jacket lies in a snap tag on the left sleeve cuff that allows you to interact with your phone right on the jacket using gestures, LEDs and haptic feedback. It's not fully unobtrusive -- from the pictures, it appears to protrude from the sleeve quite a bit -- but it's pretty small. But if you want a low key and simple way to interact with your phone (and you love denim jackets), you may want to check it out. You can see our early review here. 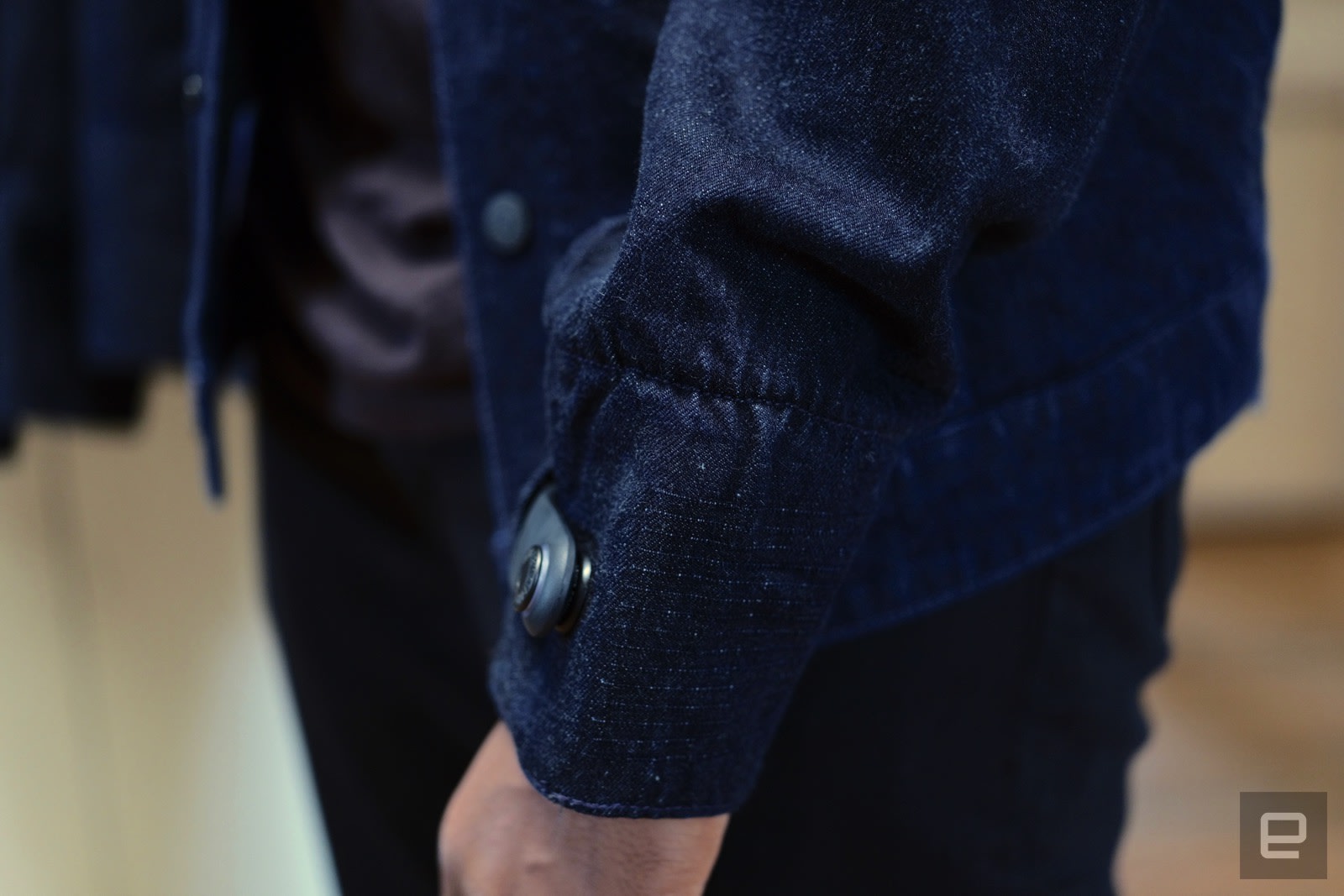 The jacket is primarily aimed at bike commuters, and it would work well for this group. You can use the Jacquard app, available for iOS and Android, to customize what exactly your jacket can do. You can receive messages, send calls to voicemail, hear your next direction while biking, control your music and more. The tag charges via USB and the battery lasts for about two weeks. It's removable, so the jacket is, presumably, washable.

You can visit jacquard.com/levi/specs on your mobile device to see if it's compatible; generally, phones running Android 6.01 or newer will work. iOS users must have an iPhone 6 or later running iOS 10 or iOS 11. It's likely this jacket will appeal to a very narrow set of people, especially considering its hefty price tag. But if it's as thoughtfully made as it appears to be, it will probably attract some fans.