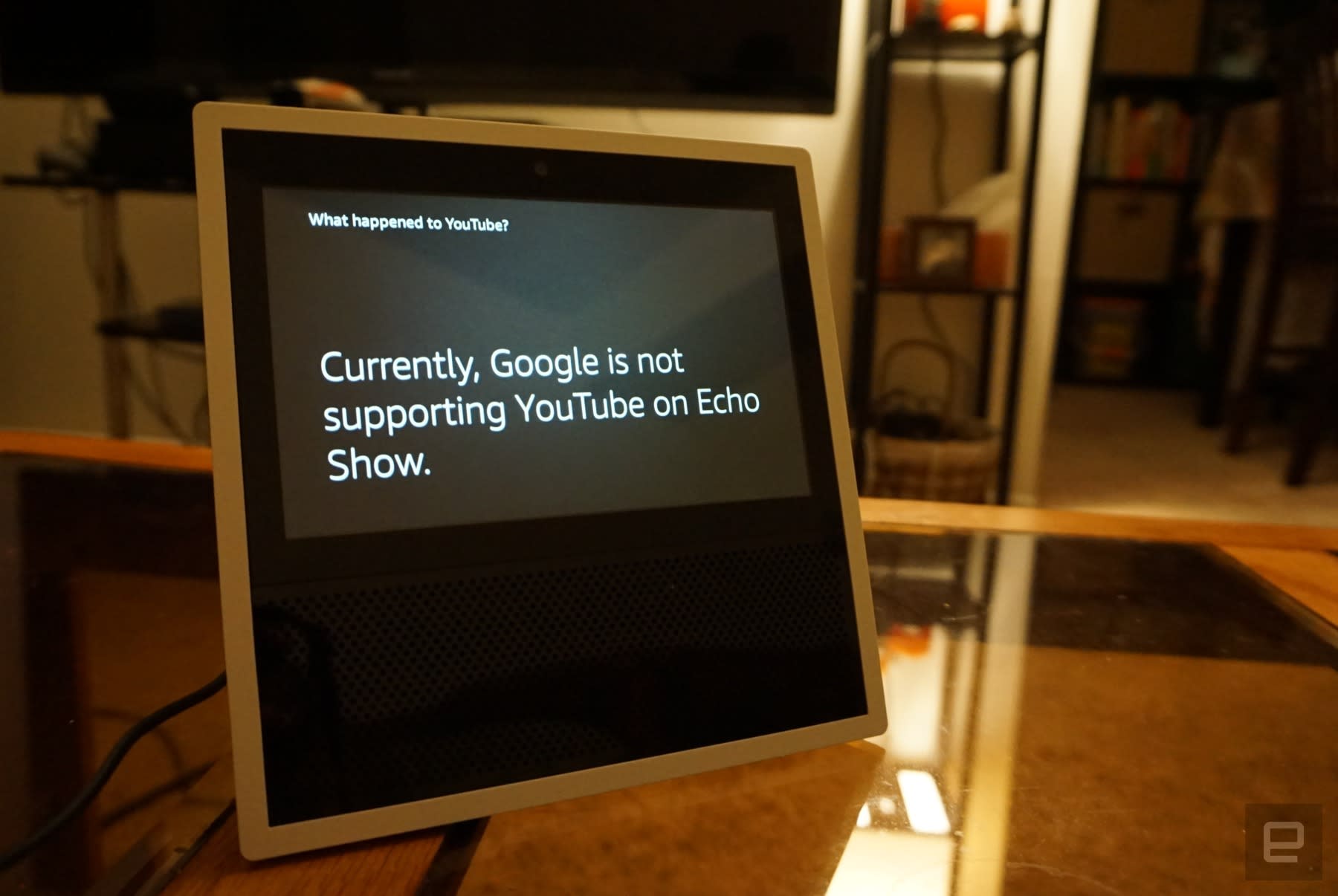 In an unexpected turn, Amazon's Echo Show has suddenly lost its ability to stream videos from YouTube. The Verge points out that the ability disappeared this afternoon, quoting Amazon and Google blaming each other for the issue. While YouTube claims that the Echo Show feature "violates our terms of service, creating a broken user experience," Amazon says "there is no technical reason for that decision."

This isn't the first time we've seen Google regulate access to its video site -- Windows Phone and Roku were two notable skirmishes -- but it seems awkward that the Echo Show launched with access and now suddenly loses it. Previous fights centered around a lack of ads (remember, that's Google's actual business), and it's possible that is the problem once again, either with displaying them or tracking data. Whatever's missing in the arrangement, the Echo Show is suddenly less useful as a quick distraction for the kids or recipe helper, hopefully, things go back to normal soon.

In this article: amazon, Echo, EchoShow, gear, google, home, internetvideo, video, YouTube
All products recommended by Engadget are selected by our editorial team, independent of our parent company. Some of our stories include affiliate links. If you buy something through one of these links, we may earn an affiliate commission.