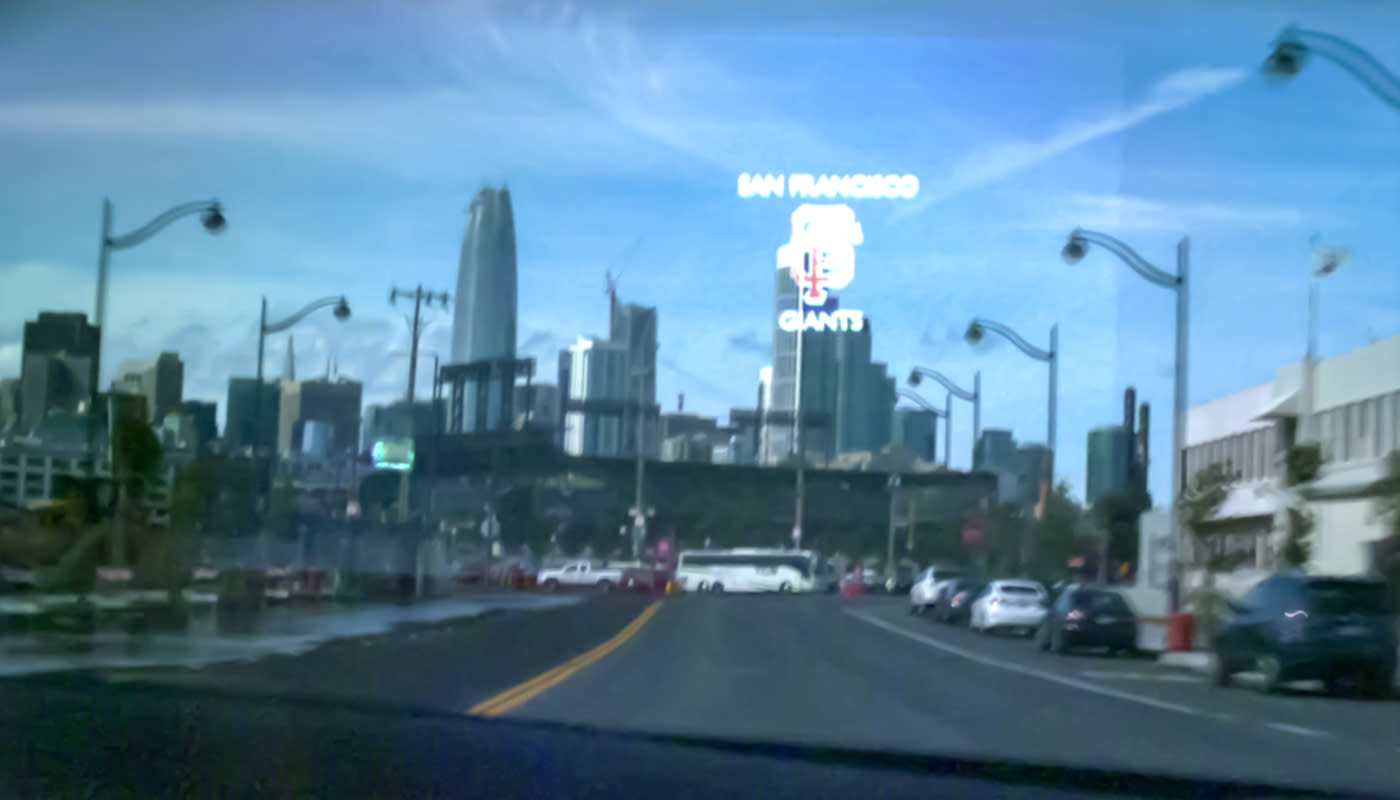 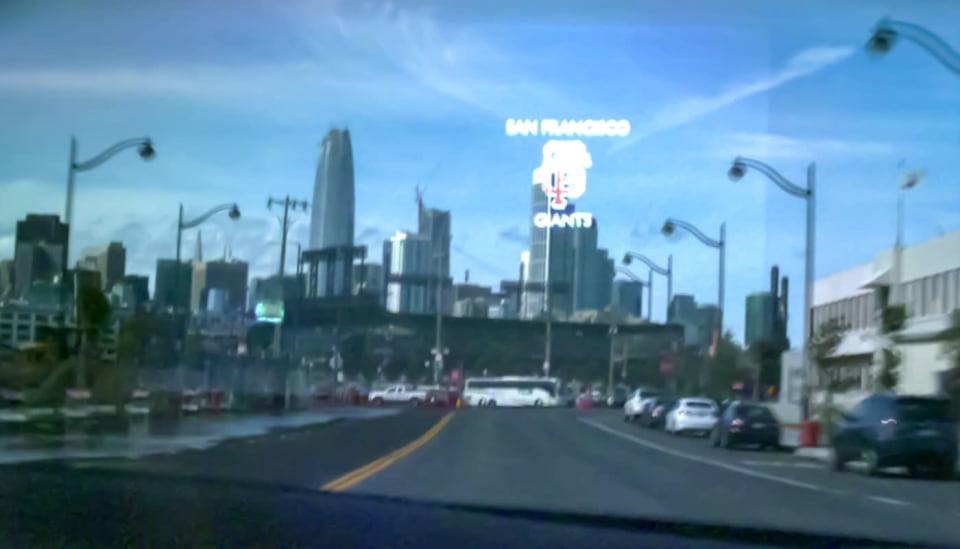 The bridge of my nose is starting to collapse under the weight of the augmented reality glasses I'm wearing. I'm sitting in an Infiniti SUV being taken on a short tour near San Francisco's AT&T Park (home of the Giants. Go, local sports team), peering into what could possibly be the future of driving: a world where your glasses highlight landmarks and places of business while "following" a virtual Porsche along a route. I can't say if it's amazing or just another piece of technology being shoved into the automobile because it's in vogue. I do know that if anyone is expected to enjoy the wonders of AR, the glasses are going to have to lose about five pounds.

While VR continues to underwhelm, AR is becoming a larger part of our lives thanks, in part, to Pokémon, Apple's ARKit and Google's Tango. So it's understandable that companies like Aero Glass are trying to put augmented reality everywhere -- including in front of the eyes of drivers. The company's vision is to give anyone behind the wheel access to visual cues to their surroundings. Imagine a heads-up display that's visible no matter where you look. But instead of just your speed, you can see the Starbucks logo off in the distance because you need a caffeine fix. Or maybe you're a sports fan new to San Francisco and can't find the ballpark. No problem, here's a massive spinning Giants logo.

Aero Glass doesn't make the hardware that was sliding down my face. Instead it creates the software that surfaces landmarks and brings navigation to your eyes. But founder Akos Maroy does believe that in two to three years AR glasses will be lighter and (more importantly) more stylish. His company is more interested in how the world looks to people wearing those specs. "We consider ourselves a visualization platform," Maroy said. Aero Glass would grab the geolocation data from other sources like a car's navigation system, Google Maps or from the car's sensors. It's those sensors and cameras that might yield the most intriguing feature of AR. Maroy says that his company is talking to BMW about his system, which makes sense. Back in 2015, Mini (a subsidiary of BMW) showed off glasses that let you look "through" the car using the car's external cameras to see pedestrians. Sort of like X-ray vision for driving.

While the safety features seem helpful, there is the chance of visual overload. When a system decides that everything is important enough for you to see, it'll be difficult to separate the signal from the noise. Making your brain wade through five Starbucks logos to note that there's a potential hazard up ahead is a concern.

Maroy knows this is an issue "depending on the situation you would want to prioritize." He says that in the next few years his company will be working to figure that out. Plus as we slowly move into the world of autonomy, these glasses could display more data because you're not actually driving anymore. One wrinkle in that plan is that automakers like Audi are researching making displays out of the windshield and windows in you car. It's augmented reality without the need for headgear.

What Aero Glass envisions, though, is hardware you have on all the time. The glasses you would use in the car would be the same ones you use everywhere else. Sort of like when you get in your car with your smartphone and start using Android Auto or CarPlay, the Aero Glass app would kick in when you get behind the wheel. The company's experience building HUD systems for the aviation market makes its foray into the automotive world a logical plan to connect with more users. The question is: Is that what we want? Audi and BMW are both researching what the autonomous car of the future will be like. Will it be a relaxing oasis or an extension to our already overloaded digital lives. We still have awhile before AR glasses are small and comfortable enough to wear around town, but the last thing we need is another distraction behind the wheel. Even if it'll help you find the nearest Starbucks.

In this article: AeroGlass, AR, augementedreality, BMW, design, gadgetry, gadgets, gear, impressions, Mini, opinion, preview, tomorrow, transportation
All products recommended by Engadget are selected by our editorial team, independent of our parent company. Some of our stories include affiliate links. If you buy something through one of these links, we may earn an affiliate commission.